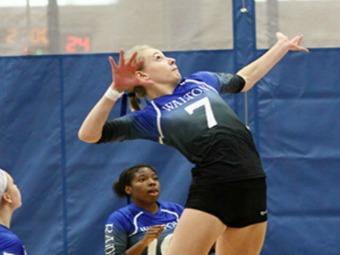 Six programs have taken home GHSA volleyball trophies this year and the names should surprise no one. Blessed Trinity won its second title in three years when the Titans knocked off St. Pius X to claim the Class AAA crown. St. Pius X was after its first ever volleyball title and knocked off 10-time champion Woodward Academy in the semifinals.

Lovett pulled off quite the feat, knocking off five-time champion Wesleyan in five sets in the semifinals before rallying to bump off seven-time champ Westminster in the finals. Lovett won the first set, only to drop the next two, requiring a furious rally to win the match.

Class AAAA No. 1 Sandy Creek won its second straight title and third since 2008 with a 3-1 victory over Columbus.

In Class AAAAAA, Walton claimed its third straight title overall after winning the Class AAAAA crowns in 2010 and 2012. The Raiders managed to take down Harrison for the second straight year in the finals.

Finally, Whitewater needed four sets, but the Wildcats took out McIntosh to win the program’s second title since 2009. Pope was upset early in the postseason but still finished No. 9 in the final rankings.