Injuries Not Slowing Down Collins Hill 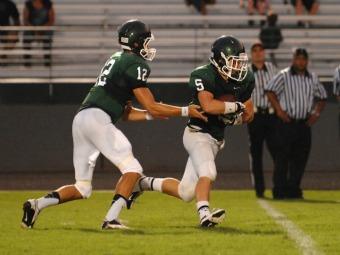 Last week Collins Hill lost Brett Sheehan to a right ankle injury and Friday the Eagles' offense lost yet another piece when running back Tyler Henderson went down a broken collarbone after scoring an early touchdown. Sheehan was expected to be back, but the FIU pledge was held out and Tyler Herman went 17-for-22 with 142 yards and a pair of scores. Thomas Harris entered the game in place of Henderson and finished with 152 yards on 28 carries. The Eagles face Mill Creek this week with playoff seeding on the line. The winner will earn Region 7-AAAAAA's No. 3 seed.

Two more running backs went down Friday as Walton's Tyren Jones suffered an MCL injury and will miss at least two weeks while Parkview's Chris Carson left the Panthers' win over Berkmar with a serious bruise. Each player has missed time this season with various injuries.

Jonesboro's Cameron Sutton has been hard to stop this season and his four touchdowns helped the Cardinals rally past Upson-Lee. Sutton returned a kick for a score and then changed the momentum of the game with a 35-yard scoring reception. The future Tennessee Volunteer is a member of the Score 44 and also plays defense in addition to offense and special teams.

It was a special night for Screven County last Friday as members of the 2002 state championship squad were on hand to see the 2012 team capture its first region title since 2002. Jeremy Johnson starred for the Gamecocks, rushing for 162 yards and four scores, then hauling in a 39-yard scoring reception from Aikeem Mingle in a 40-12 victory over Josey. Screven County was 2-8 one year ago but currently sits 8-1 and No. 9 in the latest Score football poll.