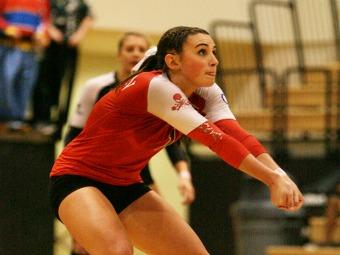 Walton is searching for its eighth state championship, while Harrison is looking for its second with the first coming in 2006. The teams played on Aug. 18 in a rematch of last season’s championship game, and coach Suzanne Fitzgerald’s Raiders won again.

Walton is led by freshman setter Celeste Fitzgerald, who had 27 assists in the Raiders’ 3-set sweep of North Cobb in the semifinals, and junior Jessica Sloan, who had 11 kills in the semifinal win.

Senior setter Kelly Scott led the Hoyas with 34 assists while sophomore Kodi Smith had 14 kills and 12 digs against Johns Creek in the semifinals. Scott and junior Taylor Haskins are tops on the squad in hitting percentage at .351 and .357, respectively.

In the AAAAA final, two Area 4 rivals will square off for the fourth time this season. Whitewater won all three previous meetings. The Wildcats won a Class AAAA title in 2009 while McIntosh won the 2007 championship.