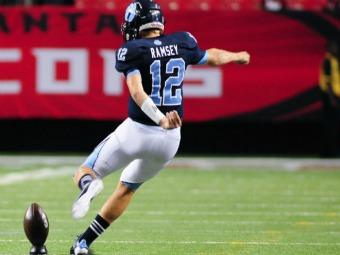 Two players took advantage of injuries to play their way onto the latest Score 44 list as Stephens County running back Chaz Thornton returned to the list and Jalen Myrick of Savannah Christian made his debut. Thornton was on the list for several weeks at the start of the year and is back after rushing for 217 yards on 37 carries and two scores in his team's most recent game. Thornton has been a hoss this year, carrying the ball time and again for the Indians. Meanwhile, Myrick has helped right the Savannah Christian ship as the defending Class A champs look to be heating up as the playoffs approach. Myrick is headed to Minnesota next year as a cornerback, but the do-it-all athlete pulled in 111 receiving yards and three scores in Savannah Christian's win over Jenkins County. Chris Carson dropped off the list after missing Parkview's game against Central Gwinnett and Brett Sheehan had to leave Collins Hill's game against North Gwinnett with an injured right ankle.