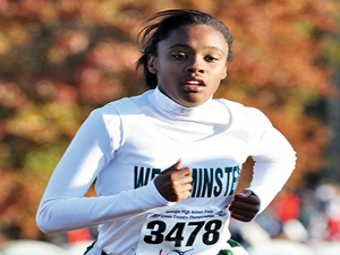 Class AAA No. 10 Grady won the Atlanta Public Schools boys meet ahead of runner-up North Atlanta. However, the Warriors' John Rudd won the individual race ahead of Washington's Nicholas Alexander and Grady's Adrian D'Avanzo. In the girls meet, North Atlanta won the city championship ahead of Class AAA No. 9 Grady. The Grey Knights, however, placed the top two runners in the individual race as Isabelle Taft won it and Grace Powers came in second.

Class AAAAA No. 1 McIntosh won the Fayette County Championships by placing five runners in the top nine. Brad Hort won the race for the Chiefs while teammate Sydney Speir came in second. John Raville of Our Lady of Mercy took third. No. 8 Starr's Mill took second in the meet. In the girls championships, McIntosh also won. The No. 3 Chiefs also place five harriers in the top nine overall. Mackenzie Nail of Whitewater, however, won the individual title while Melanie Hamilt of McIntosh came in second just ahead of teammate Alyssa LeClaire.

Also ranked No. 1, the Westminster girls won the girls meet at the Wesleyan Invitational. The host Wolves came in second. Taylor Tuttle of Providence Christian won the race ahead of Westminster's Sahara Fletcher. Northview's Lindsay Billings came in third.

END_OF_DOCUMENT_TOKEN_TO_BE_REPLACED

Cedartown's C.J. Washington is a warrior in the weight room. Just like another UGA star from his hometown.

The finalists have been determined for the state championship games. Here's the lineup and information you need to know.

Some of the top recruiting prospects in the nation will be competing when Collins Hill hosts Grayson in a rematch of last year's championship game in Football Fridays In Georgia game of the week.