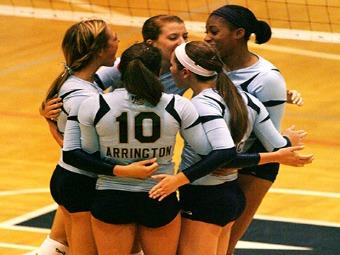 Class AAAAAA No. 1 Harrison has won nine straight matches heading into the Area 4 tournament. Junior Taylor Haskins leads the Hoyas with a .357 hitting percentage and is second on the team with 215 kills. Sophomore Caroline Ostman has 234 kills and senior Kelly Scott has 488 assists, averaging 6.4 per game. The Hoyas managed to slip past Walton, who had held the No. 1 mark for most of the year.

Class AAA No. 3 St. Pius X upset Class AAAAA No. 1 Whitewater last week 2-1. It was only the Wildcats' second loss of the season and first since Sept. 8. After a win over Hillcrest (S.C.) Saturday, Whitewater is set to play in the Area 4 tournament which begins today.