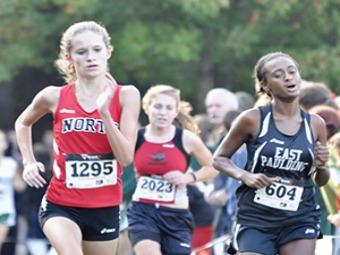 Walton swept the Cobb County Championships in Acworth Saturday by winning both the boys and girls meets. The Raiders edged Marietta in the boys race while the Lady Raiders overwhelmed the rest of the field, which was led by runner-up Lassiter. The No. 4 Raiders placed four boys in the top 16 racers and five in the top 27. Meanwhile, Marietta's Ben Pleak won the boys race and was followed by Patrick Fleming of Pope and Blue Devil teammate Jake Bagwell. In the girls race, Lassiter's Morgan Ainslie won her fourth meet of the season with a time of 18:45.87. No. 2 Walton placed six racers in the top 12 overall to sprint away with the county championship.