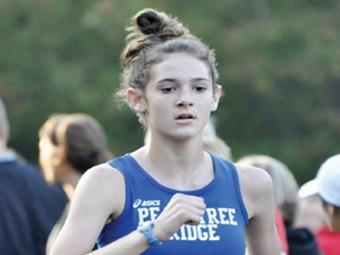 In the girls Gwinnett County championships, Katherine Yost of Norcross won yet another meet this season. No. 4 Brookwood, however, finished three racers in the top five and won the team race. No. 5 Peachtree Ridge finished runner-up while Mill Creek came in third. Class AA No. 2 Wesleyan finished a respectable second.

Reilly Friedman of Class A No. 3 Galloway came in second in the First Annual Run Wild Meet in Macon. Friedman's Gales took fifth place in a meet won by Athens Academy.

Kathryn Foreman of Class A No. 1 Landmark Christian won the girls race in Macon. Foreman and her teammates came in second overall behind Lowndes.