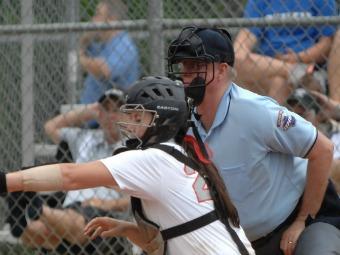 No. 4 Peachtree Ridge (17-2) got past No. 7 Collins Hill 6-5 Thursday as Sarah Walker hit a 2-run triple in the seventh inning to drive in the winning run. Quinn Hill earned the win and improved her record to 9-2. For Collins Hill, Payton Wilson was 3-for-3 with a home run and Laine Simmons was 3-for-4 with two RBIs.

Kanani Cabrales has helped guide No. 3 Archer to 13 straight wins by hitting .458 with four home runs and 11 doubles. Jacqueline Switzer, meanwhile, is batting .379 with 23 runs.

Tynetta Muhammad and Taylor Montgomery of Arabia Mountain have combined for just 16 at-bats on the season but have 16 and 15 stolen bases, respectively. Muhammad has seven hits in 11 at-bats while Montgomery has 10 hits in 15 at-bats.

Lakeside-DeKalb has been led by Marie Collop and Aubrey Blackstock. Collop is batting .614 with 40 RBIs while Blackstock is hitting .592 with 38 runs.