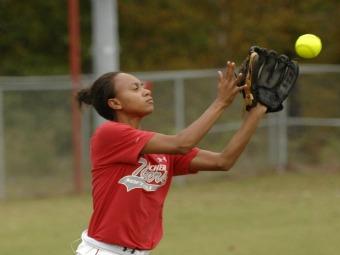 In a clash of softball titans, No. 4 Lassiter beat No. 1 Kennesaw Mountain in a Class AAAAAA showdown on Monday. The visiting Mustangs sprinted to a 5-0 lead but saw the Trojans score nine unanswered runs. Mackenzie Kaylor was 3-for-3 with a 2-run homer and three RBIs for Lassiter while also closing out the final four innings with a scoreless relief pitching appearance. Malea Bell was 2-for-4 with a homer for Kennesaw Mountain.

Class AA No. 1 Wesleyan lost to Woodward Academy 4-0 Friday. The War Eagles have now won their last four games after starting the season 4-5.

Class A No. 2 Mt. Pisgah has won eight straight games, including three over the weekend at the Veterans Invitational in Walkinsville. In the tournament, the Patriots beat Winder-Barrow (9-1), Class AAAAA No. 5 Union Grove (7-1) and Class A No. 6 George Walton Academy (11-4) in convincing fashion.

Christin Morris of Lovejoy is batting .667 this season with three home runs and 10 RBIs.

Lakeside-DeKalb currently possesses two of the top hitters in the state as Marie Collop is batting .600 and Aubrey Blackstock is hitting .595. Collop has 28 RBIs and 21 runs while Blackstock has scored 28 times and driven in 20 runs.

Archer's Kanani Cabrales has four home runs this year, one of the highest totals in the state. She is also hitting .483 with eight doubles and 18 RBIs.

On the volleyball court, No. 3 St. Pius X advanced to the Gold Bracket of the Lovett Block Party for the first time in team history after defeating Holy Innocents', Northgate and Etowah. The Golden Lions lost to Class AAAAA No. 1 Whitewater to open the tournament before falling to second-ranked Woodward Academy in the semifinals.

Class AAA No. 1 Blessed Trinity improved its school-record best start to 23-0 with wins last week over West Hall (25-10, 25-16) and East Hall (25-6, 25-19). The winning streak by the Titans is also the best in school history. Coach Paul Stevens' team has dropped just three sets all season, none to teams from Georgia. The Titans will host Class AAAAA programs Cambridge and Dunwoody on Thursday.