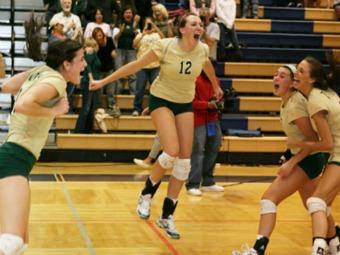 Woodward Academy finished off a tremendous week with victories over Class AAA No. 3 St. Pius X, Class AAAAAA No. 2 Harrison, Class A No. 4 ELCA and Class A No. 5 Landmark Christian by taking out Class AAAAA No. 1 Whitewater to become Lovett Block Party Tournament champions. Despite the War Eagles' success, Blessed Trinity remains No. 1 in Class AAA after beating Marist last Thursday.

Whitewater staked its claim to Class AAAAA No. 1 by reaching the Lovett Block Party championship match. The Wildcats took Woodward Academy to three sets in the loss after previously beating Pope, Johns Creek and St. Pius X. Ola moved up to No. 6 in Class AAAAA.