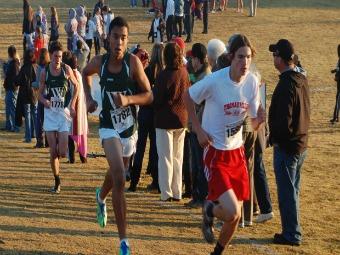 Mill Creek won the Class 5A-6A race at the Clara Bowl Invitational in Rome Saturday. The Clara Bowl is one of the biggest races of the year in cross country, and is divided between Class A-4A and Class 5A-6A. Marietta came in second in the big classification race with St. Pius X, racing above its Class AAA standing, coming in third as Austin Sprague won the individual event in 15:53. The Hawks won the event largely due to finishing three racers in the top nine and four in the top 17.

Walton won the girls Class 5A-6A race with four harriers finishing in the top 17 including Alexa Womack, who led the team by coming in fifth. Despite not having any runners finish in the top 10, Harrison came in second place with two top 20 runners in Elyse Bray and Emily Duvaris. Morgan Ainslie of Lassiter won the individual race in 19:06.

The Winder-Barrow girls won the Mountain Eagle Invitational in Clarkesville, while Hart County won the boys race at the same event.