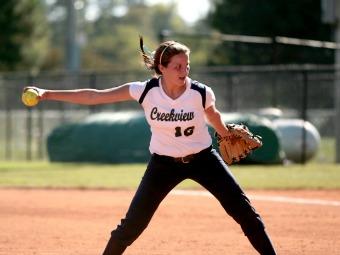 Class AAA No. 1 Buford (10-0) won its Region 7-opener against West Hall 12-0 in five innings. The Wolves scored 11 runs in the first three innings, including a homer run and three RBIs by Remington Hasty and three RBIs by Sydney Stavro. Pitcher Bria Bush (6-0) got the win after throwing two no-hit innings. Bush then yielded to freshman Peyton Wolfe, who tossed the last three innings, giving up just one hit. Saturday, at North Georgia College and State University, Buford beat North Forsyth of Class AAAAAA and Lakeview-Fort Oglethorpe. In the North Forsyth win, Bush won her fifth game of the season, allowing two runs in seven innings. Jazmin Hawkings was 2-for-3 with a triple and two runs while Stavro was 2-for-2 with a stolen base. Against Lakeview, Bekah Rude (3-0) earned the win with four innings of work. Alexis Baldy hit an inside-the-park homer and Hasty had a triple and two RBIs.

Cora Beth Hudgins of Northside-Columbus threw a no-hitter last Tuesday and was 2-for-3 with two RBIs against Pacelli.

Sydney Weaver of Brookstone has a 2.88 ERA with three wins and 20 strikeouts while also hitting .500 with six RBIs.

Kayla Cotton of Harris County was 6-for-6 last week with a homer and four RBIs in two games against Brookstone and Bainbridge.

Marietta is just 3-5 on the season, but is led by junior Taylor Hartenbach, who is hitting .391 with three triples and four RBIs. Hartenbach also leads the team in most pitching categories, with two wins, 48 strikeouts and a 3.67 ERA.

St. Pius X has struggled to a 1-6 start to its season, but Natasha Sherrod has been scorching at the plate, hitting .533 with four extra-base hits. The Golden Lions will open Region 6-AAA play against McNair on Thursday.