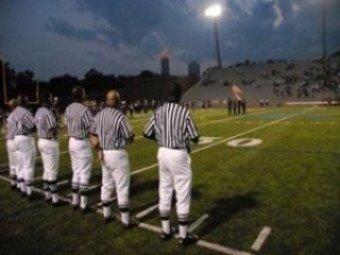 Douglas County High School turned a monumental page last January when the school announced it was bringing in Jason Respert as the new head football coach. The program has failed to reach the playoffs in four consecutive seasons and is now turning to Respert, who is coming off assistant coaching stints at Northside-Warner Robins and Peach County. Tigers fans were in need of something to give them hope, and the hire is expected to excite them enough to rally around the program. The new head general has already noticed the anticipation and build up the program is getting from the fan base.

"There's a lot of excitement and curiosity in the community for this season," acknowledged Respert. "That's something that, as a head coach, you love to see. Hopefully this will lead up to large crowds and new people coming out to games to see the new program."

Respert has had football in his blood since childhood. The College Park, Ga., native attended Northside-Warner Robins where he starred as an offensive lineman. He used his success in high school to earn a scholarship to play at the University of Tennessee under legendary coach Phil Fulmer.

"I was blessed to have two great coaches in coach Fulmer and coach (Conrad) Nix to learn from in my aspirations to be a head coach," Respert stated. "Responsibility, attitude, discipline (and) competitiveness are just a few things I learned from those coaches that I can install in these kids so they can grow as football players but more importantly as individuals."

The Tigers are coming off a 2-8 season, one where they lost their first six games. The road back to success for Douglas County is a long one that begins with Chapel Hill on Aug. 31. The school made the jump to the new classification AAAAAA, and with that comes a unique schedule. In fact, the Tigers will play more than half their games against teams outside of their region. Respert's squad does have a scrimmage lined up against Carrollton on Aug. 24, and he had only positive things to say about that day.

"With a scrimmage game, we are able to see our weaknesses and understand what needs to be fixed before the season kicks off," Respert said. "Carrollton is a great program and they're the type of program we are setting out to become."

The Tigers return playmaking quarterback Ellis Richardson who had some great moments last season. The rising senior threw for 1,227 yards in his junior campaign and passed for 11 touchdowns. Finding that same level of success may be difficult as he will not have his top three receivers along side him from a year ago after Elliot Thompson, Curtis Mosley and D.J. Fluellen all graduated last spring. That mammoth trio of wide-receivers combined for 926 yards and 10 touchdowns including Fluellen's miraculous game-winning reception against Lithia Springs that has since been dubbed "The Catch".

On the defensive side, the Tigers lost impact playmakers in Brandon Bostic and Lacurtis Campbell but bring back key linebacker Terrell Gibson, who racked up 38 tackles last season.

Respert understands that for this team to win, they need to be a team and that's why his philosophy is a simple two word poker phrase.

"In the stage we're in right now, us coaches are trying to get our guys to buy into the team concept of being 'all in'," Respert said. "This DC Tiger team needs everyone to contribute so we don't want to single out any individuals. This year, for as much success as possible, we need an 'all in' mentally from every player."

No matter how great a coach is, raising a program up from the grave doesn't happen over night. Douglas County believes it brought the right man in for the job, a man willing to do the hard work it takes to rebuild the program.

Respert knows the tough road ahead and has set out one very realistic goal for the 2012 season.

"Our goal this year as a program will be to bring back the pride of the community, alumni, and players in DC Tiger football," Respert demonstrated. "That is accomplished by all of us coaches and players being all in on the football field and in the community."