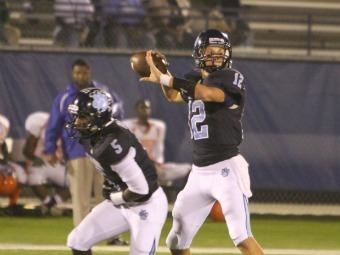 The Score 44 is a fluid list that aims to honor the best 44 seniors in Georgia high school football on a week-to-week basis. These players are some of the most highly-recruited players in the state as well as some of the best players that may not get to play at the next level. A player can play his way onto the list with an outstanding performance, and if a player is injured, suspended or failing to live up to expectations, other players can take his spot on the list. If a player did not make the initial list, he has plenty of time to play his way onto the list by the end of the year. The players are also not in any particular order. After the season, we will put the players in order in the Score Final 50.

With this being the first list of the season before even scrimmages have taken place, much of this first edition will be based on potential and how the players performed last season. Many of these players were featured last season on the 24 2Look4 lists, but there are also a few that really made an impact at the Rising Seniors camp and several other offseason showcases.