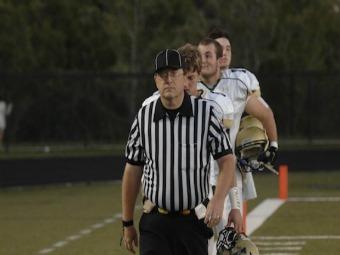 The Roswell Hornets are just six years removed from a state title, but the Hornets went winless in 2011. They are one of many teams that carry a double-digit losing streak into the 2012 season. Teams across the state will be looking to break into the victory column for the first time in a while, and several teams have a strong shot to end their skids. Winder-Barrow has lost 24 straight games, but the Bulldoggs enter the 2012 with some optimism as they will open with a pair of rivalry games against Jackson County, followed by Monroe Area. The Bulldoggs know that records don't necessarily matter when facing a familiar rival.

Morrow is anxious to snap a 10-game losing streak and will attempt to do under yet another coach. The school has promoted Leroy Foster to head coach and hopes new offensive coordinator Tim Brew will bring a fine pedigree from the last five seasons at East Paulding. Foster and Brew will likely be working with Courtney Heard at quarterback, a dual-threat junior that can make plays with his legs.

Kennesaw Mountain has turned to former Lee County defensive coordinator Andy Scott to snap its 14-game skid. Scott has seen the roster grow from 53 one year ago to 94 during spring practice. The offense will shift to a Georgia Tech-like ball-control style while the defense changes to a 3-3-5 formation that Scott is bringing from Lee County. Jordan Saunders also offers hope for Mustangs fans from the wide receiver spot.

"We've got a lot of good things going on at Lakeside," Rozier told Score recently. The team is breaking in a new practice field and locker room as the Vikings hope to return to past glory.

Johnson-Gainesville head coach Paul Friel resigned from his position to take a job in Maryland, leaving the Knights to go to work on a 12-game losing streak under new coach Jason Roquemore, most recently the North Cobb Christian defensive coordinator. Johnson will play a non-region schedule in 2012 including games against North Murray, currently on a 15-game losing streak, Clarkston, Pickens and Oglethorpe County.