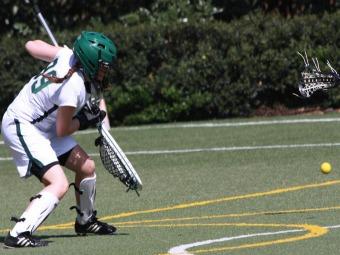 The Milton girls won their third straight Class AAAAA state title and seventh in eight seasons Saturday with an 18-4 domination of Roswell. The Eagles were apparently not worried when they fell behind 1-0 early on, as they rallied for 14 consecutive goals.

With the win, Milton (18-4) completed its third straight season without a loss to a Georgia opponent. The last Eagles' loss to a team from the Peach State was the final game of the 2009 season, a 9-7 loss to Chattahoochee.

A-AAAA girls
Westminster won its third straight girls lacrosse championship with a dramatic 10-9 overtime victory over McIntosh. Eve Knapp scored the game-winner with 46 seconds left in overtime. The Wildcats (20-2) came back from a 6-3 deficit to force OT.

Knapp led both teams with four goals, while teammates Caroline Heys, Sara McGahan and Anna Silverstein each had two.

Anna Beard, Shelby Durden and Bridget Odom each scored twice for the Chiefs (14-2-1).

Class AAAAA boys
Milton won its second state title in three seasons as Evans Lockwood scored the game-winning goal 1:46 into overtime to give the Eagles a 10-9 sudden-death victory. Justin Newell had three goals to lead Milton (19-3) while Lockwood scored twice.

Garrett Shank led all scorers with four for Lassiter (16-3) while Hunter Rowley had two. The Trojans rallied from a 7-3 deficit to force the OT period.

Class A-AAAA boys
Lambert staved off pesky Pope 10-7 to win its second straight state title. The Longhorns finished the season 22-0 and own a nationwide best winning streak of 42 games. Cory Phillips and Matt Geran each had three goals for Lambert while Pope got two goals apiece from Zack Powers, Brandon Toller and Brayton Wadella.