Milton Advances To Yet Another Title Game 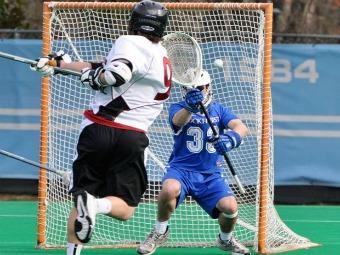 Roswell needed three overtimes, but eventually the Hornets knocked off the Alpharetta girls 14-13. Roswell scored 59 seconds into the third sudden-death overtime for the win.

Pope advanced to the boys Class A-AAAA finals with an 11-6 win over Decatur. The Greyhounds set the tone early with a goal in the first seven seconds. Decatur fought back to tie up the game at 1-1 after Jonah Florence found the netting, but Pope then mashed the gas. The Greyhounds held an 8-1 lead at halftime and would not be seriously challenged in the second half.

Pope will face Lambert after the Longhorns defeated Westminster. The Wildcats held an early 5-2 lead and managed to hold a 7-6 lead with eight minutes to play on the Longhorns, ranked No. 32 in the latest ESPN Fab 50 poll. The Longhorns would turn up the pressure, though, and pour in four late goals to escape with a 10-7 victory and the program's 41st straight victory.