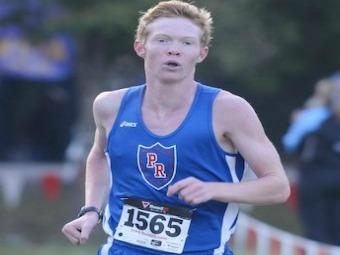 The Georgia Olympics kicked off in Jefferson with several familiar names capturing state titles. Many of the winners on Day 1 of the state championships have starred on fall Friday nights with some of the champions having signed letters of intent to SEC programs.

James Deloach will head to Georgia next year after capturing the Class A discus title with a throw of 156 feet and five inches, blowing away the field. He was third in the shot put, behind current Jenkins County teammate and future UGA teammate Jonathan Taylor, also a defensive line prospect.

Jonathan Jones of Carrollton won the Class AAA long jump title and will head to Auburn to play defensive back for Gene Chizik. Malcolm Jackson of North Gwinnett, who will play defensive back at Charleston Southern, took home the Class AAAAA triple jump title, beating out among others Demarcus Sweat of Stephenson, who is headed to Kentucky. Jordan Chambers of Kell suited up at inside linebacker before he won the Class AAAA shot put yesterday with a throw of 54 feet and 1.5 inches. He also won the discus event.

In other events, Cameron Thornton beat out Whitefield Academy teammate Robby Keough to win the Class A 1600-meter run. Peachtree Ridge's Josh Brickell turned in a 1600-meter time of 4:17.94, but that was only good enough for third place in Class AAAAA behind Adel Yoonis of Wheeler and Brian Sullivan of Walton. Grady's Zane Coburn turned in the fastest 1600-meter time, clocking in at 4:15.29.