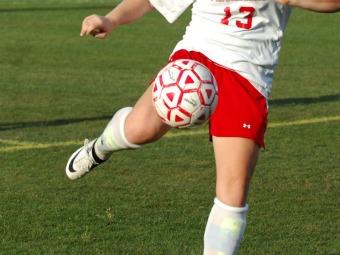 The Gainesville Lady Red Elephants aren't resting on the program's first region title in seven years. Gainesville received a pair of goals apiece from Hartley Carter and Liza Carpenter in a 4-0 whitewashing of Dalton.

Jackson County made its playoffs debut over the weekend and edged the Lakeview-Fort Oglethorpe girls 2-1. Jackson County will now take on Pierce County.

Friday night was not kind to Wesleyan as the girls lost a 2-1 decision to Galloway in the Class A first-round preliminaries, then the Wesleyan boys dropped a 4-1 contest to Walker. Maddie Hall and Cort Coxhead scored the goals for the Wolves.

Amber Burton was perfect in the net for Heritage as the Lady General blanked West Hall 3-0 in the first round of the girls Class AAA playoffs. Courtney Bell, Katelyn Beakman and Shelby Mullinax each scored a goal for Heritage.

In Class AAA, St. Pius X hung a 10-spot on Central-Carrollton, the largest margin of victory in the classification's first round.