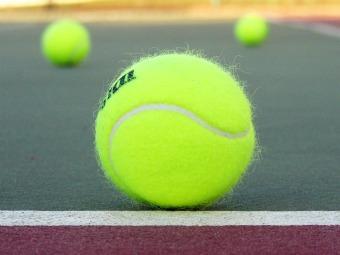 The biggest news from Thursday night's action wasn't an upset on the soccer field or an incredible score on the lacrosse field. History was made when the Roswell girls tennis team rallied back to defeat Walton 3-2, bouncing the Lady Raiders from the state playoffs and snapping Walton's incredible winning streak. Walton had not lost since the 2003 quarterfinals, a string of 158 straight matches. Roswell will move on to the semifinals while the eight-time defending champions will return nearly the entire roster next year in hopes of starting a new streak.

Hebron Christian received goals from Cole Redman and Andrew Thompson to edge past Atkinson County 2-0 in the preliminary round of the Class A boys soccer playoffs. Hebron Christian will now face Pacelli.

GAC thumped Callaway in the opening round of the Class AA state playoffs 10-0. The Spartans scored all 10 goals in the first half to force the mercy rule.

Gainesville overcame rust to move past Cartersville 1-0. Aidan Reising found the back of the netting late in the first half to provide the Red Elephants with all of the necessary offense.

Michael Herrin withstood a barrage of shots and Chestatee managed to sneak one past Allatoona as the War Eagles advanced on to the second round of the Class AAA playoffs. Christian Felix punched home a Roldan Reyes attempt that the Allatoona keeper couldn't smother. Chestatee will now face Mary Persons, who upset Americus-Sumter 4-1 last night.

While most of the state baseball action gets underway tonight, Colquitt County and Westlake split a doubleheader last night and will meet in a rubber match today. The Packers took Game 1 10-4 as Aubrey McCarty pitched into the seventh inning, striking out eight and benefitting from seven early runs. In the second game, Westlake received a home run from Terry McClure to win 6-4.