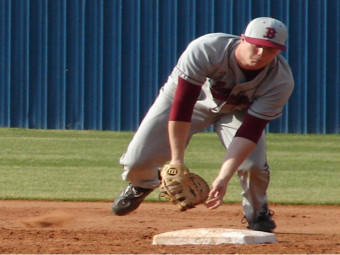 Lucas Sims provided the spark for the offense while Allen Tokarz mowed down six batters over seven innings as Brookwood knocked off Dacula 6-2. Sims drove in three in a 2-for-2 day including a home run. The weekend was a good one for Brookwood as the Broncos also took out Archer 9-3.

Edward Willemse blasted a three-run home run to help Duluth past Collins Hill 6-5. He also secured the win for the Wildcats, pitching five strong innings before handing the lead over to Chris Rich for the save. LaFayette's Drew Pence struck out 14 Pickens Dragons while posting a no-hitter in LaFayette's 4-0 win. Austin Whitten scored two runs in the victory.

The Parkview boys soccer team picked up a pair of wins over the weekend, first taking out Apalachee 6-1 behind the efforts of six different scorers, then squeaking past Providence Christian 2-1. The Panthers needed two second half goals to dispatch the Stars. The Lady Panthers of Parkview also notched a victory over Apalachee 4-0.

The Norcross girls soccer team came up just short against Northview, falling 2-1 in double overtime. Kennedy White and Sydney Hannah split time in goal for the Lady Blue Devils. Peachtree Ridge edged Centennial in penalty kicks 5-4 to take a 1-0 victory back to Suwanee. Cosette Morche was stellar throughout regulation for Peachtree Ridge before stopping Centennial's fifth penalty kick attempt for the win.