Ridge's Holleman To Retire After 39 Years 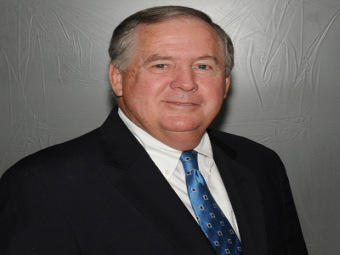 It is important to love what you do.

And Peachtree Ridge AD Bill Holleman loves what he does. However, the veteran soccer coach, educator and athletics director announced Tuesday he will step down from his post at the Gwinnett County school to retire.

After an award-winning career, Holleman decided it was the perfect time to step away.

"It was the end of the year, so it's a natural break," said Holleman. "I am announcing now so the school can make plans for a replacement."

But after 39 years of coaching and teaching, Holleman's looked forward to his work without pause.

"I never had a day I didn't want to come in," said the North Carolina native.

Holleman's career is full of accomplishments. After starting his teaching career at Sanderson High School in Raleigh fresh out of graduate school at North Carolina-Chapel Hill, Holleman moved to Ravensroft School to coach soccer.

At Ravenscroft, Holleman began an ultra-successful soccer coaching career. In 39 years of coaching, Holleman has won 621 games, has been inducted into six halls of fame and was named a national coach of the year twice. One was by the National Soccer Coaches Association in 2003 and the other was by the National High School Coaches Association in 1989.

After moving to Georgia from North Carolina, Holleman coached and taught at Lovett, Shiloh and Peachtree Ridge. And despite his life-long love of coaching and mentoring students, Holleman's most memorable job may have been something completely different.

"I was chosen to work with the World Cup site in Detroit in 1994," said Holleman. "We had to figure out how to grow grass inside a Dome. You can imagine the pressure."

Holleman and his staff successfully managed the project despite not getting much, if any sleep, before and throughout the tournament. Shortly thereafter, Holleman was again sought out to host another major event - this time, it was the Olympics.

Holleman was given the responsibility of helping host and manage Olympic events in Birmingham, Ala., mostly soccer. After the '96 Games, Holleman retuned to metro Atlanta to coach and teach at Shiloh, where he won a boys soccer state title in 2003.