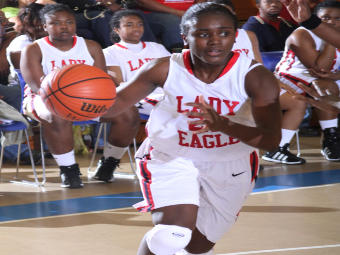 Now that the basketball championships have been decided, we will release our finally rankings of the year. Of course the champions are ranked at the top of the polls; they have earned it. However, some of the other teams near the top may just surprise you. Just because you got hot at the right time and made a run late in the season doesn't necessarily mean you will be at the top of the final poll. This ranking takes the entire season into account, not just the last five or six games. These rankings try to blend postseason success with regular season success and give the best 10 teams for each class.

The Milton Eagles claimed a second title in three years and finish atop the boys Class AAAAA rankings. Despite missing Charles Mann, the Eagles still claimed the title behind the efforts of fellow seniors Evan Nolte, Tevin Glass and Shaq Johnson. Shiloh was placed back at No. 3 because their efforts throughout the regular season should not be overlooked despite being thumped in the playoffs by Milton. Miller Grove and Southwest DeKalb battled all season and in the region tournament, but the Wolverines had the final laugh with a win in the championship game, taking the title. North Clayton's Marcus Hunt was impressive enough to move his squad up to the final No. 3 ranking. Columbia beat Drew for the AAA state title in Macon, but I followed the entire season and it is Carrollton, not Drew, that finished No. 2 in the AAA rankings. In AA, Laney's finish of Jordan and Manchester was impressive. The Wildcats were led by Jammie West to a state title and a No. 1 finish. Dawson County, thanks to a quiet regular season stretch and impressive postseason showing, finished at No. 7. In Class A, Whitefield Academy remains No. 1. North Cobb Christian, despite a first round loss, finished at in at No. 2 because of a powerful regular season.

In Class AAAAA girls, McEachern's win over Norcross was considered by many as a de-facto state championship game, therefore the Indians, who did end up as the champions, and Blue Devils finished as No. 1 and 2, respectively. Miller Grove and Southwest DeKalb battled for the state title, and those two teams proved to be the best in the state, AAAA-wise, despite the fact that they were region rivals. Alcovy stayed at No. 3 while defending champion Fayette County dropped to six after the Tigers could not defend their title. In AAA, Washington County won its 63rd straight game in the semifinals but could not make it 64 straight as No. 1 Columbia clobbered the defending champs. North Hall, Westside-Augusta, Carrollton and Allatoona occupy the No. 3-6 spots in Class AAA. Region 6-AA foes Lovett and Buford sit in the No. 1 and No. 2 spots in Class AA, after the Lions tagged the Wolves for the state title. Morgan County checks in at No. 4 just behind Laney. Finally Wesleyan holds onto the top spot in Class A, ahead of Southwest Atlanta Christian, the team Jan Azar's squad beat for the crown in Macon Saturday. St. Francis is No. 3 despite losing to SACA in the quarterfinals. Calvary Day checks in at No. 7 based on a strong regular season that was spoiled by a first round loss.