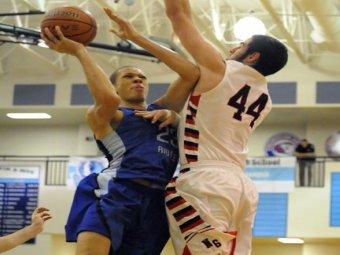 The Buford Wolves, Class AA finalists one year ago, traveled to Dawson County last night for the second round of the playoffs and were promptly bounced from the postseason 42-35. The Tigers were led by Tyler Dominy (15 points) and Gunnar Armstrong (14). Buford received a dozen each from A.J. Davis and T.J. Shipes, but to no avail. Dawson County has held all but two opponents to under 60 points this season. Buford had won 11 of 13 entering the game. GAC meanwhile exploded for 72 points in a 30-point victory over Jefferson. Cole Hobbs had 19 for the Spartans, while Collin Swinton registered 18 in the win.

North Gwinnett and Wheeler went back and forth before the Bulldogs finally edged the Wildcats 70-68. North Gwinnett will now face Milton, 72-52 winners over Shiloh. The Eagles dominated early as several Generals found foul trouble in the first half. The Harrison Hoyas traveled to Valdosta for boys and girls playoff games and left with a pair of victories. The boys were paced by Ryan Blumenthal's 18 points and 10 rebounds in a 63-51 win, while the girls cruised to a 54-40 victory.

M.L. King used a pair of double-doubles from senior De'Aires Tate (19 and 13) and sophomore Greg King (13 and 11) while Paul Jackson dished out nine assists. Chattahoochee received 25 points from Score 44 standout Jaron Blossomgame and an additional 21 from Chris Taylor to blow out Douglas County 91-65. A close game at the half, the Cougars pulled away with a 21-5 run to start the third quarter. Both Allatoona squads posted victories with the boys taking out Towers 50-39 and the girls clipping Columbus 54-40. Finally Laney was unkind to Thomasville, as the boys won 44-37 and the girls ran away 69-22.