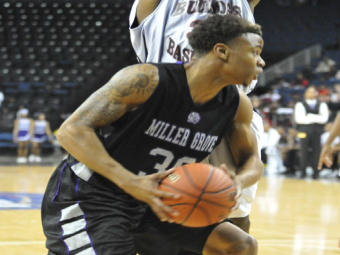 North Cobb won Region 4-AAAAA and thus moved up to No. 2 in the boys AAAAA poll, but Shiloh, Westlake and Tift County, all No. 2 seeds, moved down just one spot apiece. Wheeler is the new No. 6 after claiming a region title. Effingham County and Lovejoy, both No. 3 seeds, also fell from the rankings, in favor of a pair of region champions, Brunswick and Northside-WR. Chattahoochee and Alcovy were the biggest movers in Class AAAA while Carrollton and Walnut Grove each cracked the top three in AAA. Two-time defending Class AA champion GAC is back on top as the Spartans attempt to make it three straight state crowns while the top three in Class A remain unchanged.

Alpharetta and Norcross each moved up after winning their respective region tournaments while North Gwinnett dropped a few pegs after falling in the Region 7-AAAAA girls championship game. Fayette County and Creekview both jumped in the rankings after claiming region championships while Forest Park, Alcovy and Chamblee each dropped a few spots. Miller Grove was also a big mover in the AAAA poll. In AAA, Washington County remains at the top, followed by Columbia and Allatoona. Several teams tumbled out of the poll following poor showings in their region tournaments, Westside-Macon in particular. In Class AA, Heard County and Brooks County appeared in the polls after winning the Region 5 and Region 1 tournaments, respectively. In Class A, Calvary Day assumed the No. 1 spot after Wesleyan fell to new No. 3 St. Francis. Taylor County and Gordon Lee each moved up a few spots.