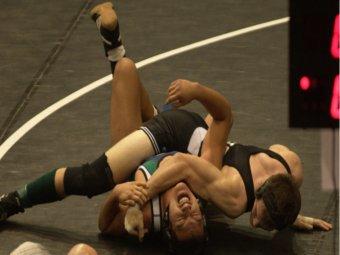 The GHSA Traditional Wrestling Championships concluded Saturday evening as wrestlers fought it out for both individual state titles and for the team titles in Classes A-AAAAA. In Class AAAAA it was the same old story as Collins Hill claimed its fifth straight traditional wrestling team title. The top three schools in points were Collins Hill (184), Camden County (159.5) and Archer (109). Four Eagles took individual titles home, Sean Russell (106), Ryan Millhof (113), Drew Ferguson (120) and Steven Bradtmueller (132). After a disappointing second-place finish in the team duals to Camden County, Collins Hill came into the traditional championships on a mission to reassert itself as the top team in the state. After their dominant performance this weekend the Eagles can once again make that claim with conviction and evidence to back it up.

Pope completed the season sweep in Class AAAA claiming the traditional title with a team point total of 113 which can be added to the team duals title the Greyhounds won earlier in the year. Alexander took second place with 96.5 points and Lambert edged out Loganville for third with 75.5 points. Pope had a pair of individual champions in addition to the team title, Cameron Munsey (113) and Jake Henson (152).

Heritage-Catoosa took home the team title in Class AAA with 139 points, defeating Gilmer (128) and Carollton (110) in the process. The finals were somewhat bittersweet for the Generals as they had five wrestlers with the opportunity to claim individual titles, but only Landon Reed (132) was able to win his final match. The team victory avenged its loss to Gilmer at the team duals.

Nothing has changed in Class AA as Jefferson yet again dominated the field scoring 232 points to earn a third straight title in AA, and 12th consecutive dating back to Jefferson’s years in Class A. The next closest team to Jefferson was Greater Atlanta Christian who took second place by one point over Lovett, 88-87. Like Heritage-Catoosa in Class AAA, Jefferson did not perform as it had hoped in the finals. The Dragons went 2-7 in their nine championship matches, with Tyler Marinelli (126) and Forrest Przybysz (182) as the only two able to come out victorious.

Class A featured one of the best team point races as Gordon Lee fell just short of Bremen 154-138.5. Team duals champions Holy Innocents’ finished third with 122.5 points. Bremen had one of the best days of any team as all five of its wrestlers in championship matches won: Zac Young (120), Brock Cooper (126), Cory Morgan (132), Kannon Madden (145) and Joe Bexley (285). Also in Class A, Spencer Jones of Darlington completed the impressive feat of winning his fourth individual state championship, winning the 152 pound title by pin-fall.

END_OF_DOCUMENT_TOKEN_TO_BE_REPLACED 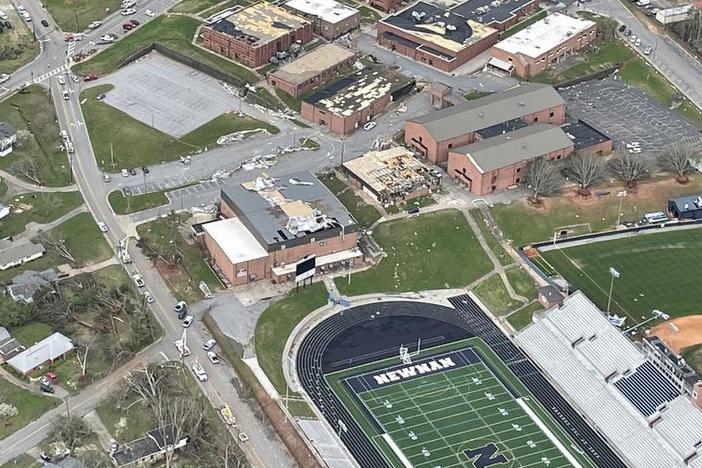 On this month's edition of The Football Fridays in Georgia podcast, Jon Nelson and Hannah Goodin have a powerful conversation with Newnan Head Coach Chip Walker on the extent of the devastation and long recovery process from the tornado that ravaged the school and community on March 26th.