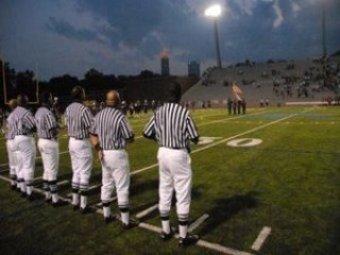 Warren County coach David Daniel suffered fractures around his cheek, nose and eye that will require major reconstructive surgery during an assault following the Screaming Devils' 21-2 victory over Hancock Central last Friday night in Sparta, Georgia. The Augusta Chronicle quoted Daniel's wife Monday who said the injuries were sustained on the right side of the coach's face. According to the Chronicle, the Warren County Schools Superintendent Carole Jean Carey requested that the Georgia Bureau of Investigation look into the matter but that request was denied by the Hancock County Sheriff's Department. A representative from the Hancock County Sheriff's Department would not comment as to whether the incident was being investigated.

According to the Chronicle, several witnesses have stated that a Hancock Central player hit a Warren County player with a helmet outside of the locker room before the player turned and struck Daniel.

Assistant coach Jim Turner is serving as the acting head coach while Daniel is away from the team. Daniel was released from the Medical College of Georgia Hospital over the weekend.

The GHSA has asked both schools to give an account of what transpired according to WJBF-TV.