GPB.org Game of the Week: No. 7 North Gwinnett visits No. 10 Norcross 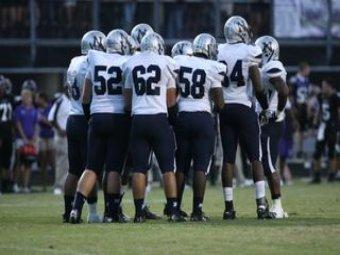 When 4-1 North Gwinnett pays a visit to 5-0 Norcross, not only will two top 10 teams be going at it, but first place in Region 7-AAAAA will be on the line at Norcross Stadium. Both teams enter the contest at 2-0 in region play and the No. 10 Blue Devils will be looking for some revenge against the No. 7 Bulldogs after North Gwinnett pasted Norcross 38-0 one year ago. North Gwinnett head coach Bob Sphire calls his team “pretty-balanced” as the stats have shown a 56:44 passing to rushing ratio. Bulldogs QB Scotty Hosch, a member of the Score 44, has already eclipsed 1000 yards for the season and has two targets in Chad Scott and Chris Bolden, a former Norcross basketball standout in his first year playing football. The Blue Devils have Score 44 member in wide receiver Jason Croom, who is headed to Tennessee. Croom and tailback Alvin Kamara will face a tall task in Sphire’s 3-3-5 defense but Kamara rushed for 225 yards in the game against Mill Creek two weeks ago on GPB-TV. Kamara will be trying to run away from defensive lineman Jordan Washington who will split time between end and tackle. Norcross quarterback Joseph Wilbur may have to look to secondary options if Croom is covered up by the host of Bulldog defenders that is expected to be covering him. The key to the game may be how well Joe Jones and Donnie Miles can run against Norcross’s defense which gives up just 16 points per game. The Bulldogs average 39 points per game and have been held to under 34 just once all year, the loss to McEachern in the Corky Kell Classic.