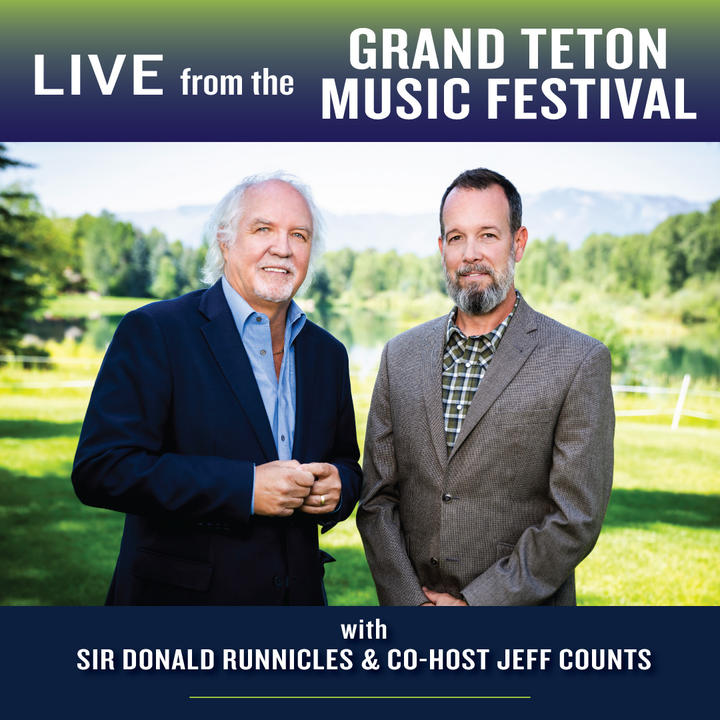 Every summer, some of the nation’s top musicians come together at the base of the majestic Teton Range in Jackson Hole, Wyoming, to create an all-star orchestra for the Grand Teton Music Festival Orchestra under the leadership of maestro Donald Runnicles.

Originally from Scotland, Donald Runnicles also currently serves as general music director of the Deutsche Oper Berlin, and since 2001 he has been principal guest conductor of the Atlanta Symphony Orchestra.