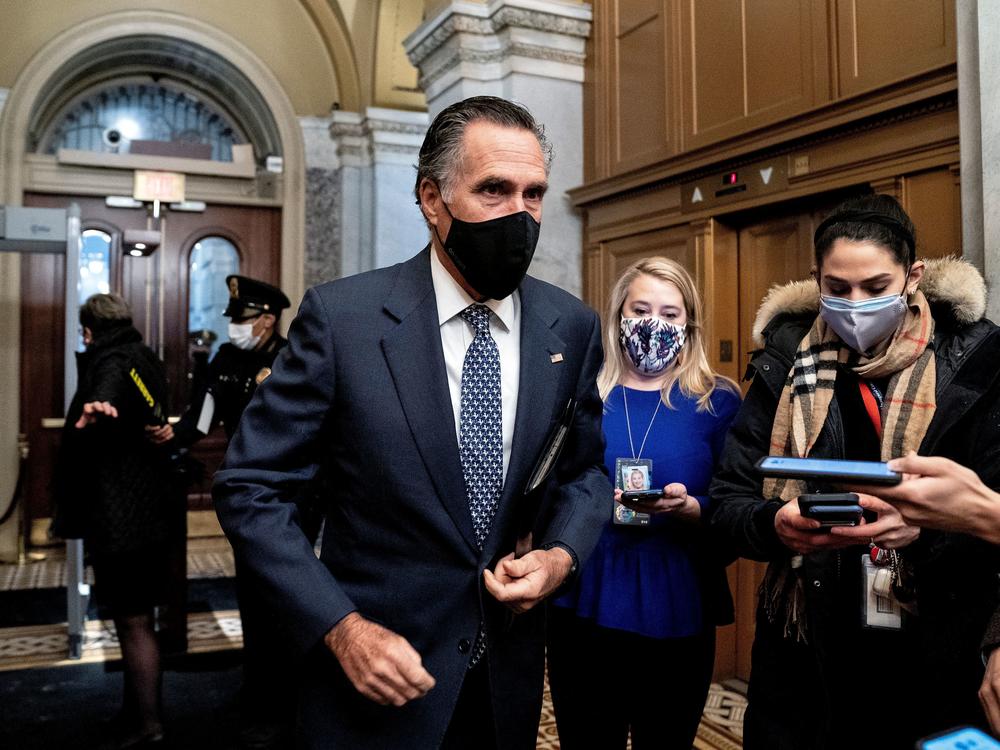 Caption
Republican Sen. Mitt Romney arrives at the Capitol for the fifth day of the second impeachment trial of former President Donald Trump on Saturday. Romney was one of the seven GOP senators who voted to convict.

Former President Donald Trump's historic second impeachment trial ended Saturday with his acquittal by senators, who were acting as jurors in the proceeding.

Seven Republicans joined Democrats in voting to convict Trump, but support from 67 senators — or two-thirds of the chamber — would have been required for a conviction.

The Republicans in favor of conviction were: Bill Cassidy of Louisiana, Richard Burr of North Carolina, Susan Collins of Maine, Lisa Murkowski of Alaska, Mitt Romney of Utah, Ben Sasse of Nebraska and Pat Toomey of Pennsylvania.

Trump faced a single impeachment charge, incitement of an insurrection, for his role in urging a mob to attack the Capitol complex on Jan. 6.

The trial ended in just five days, with both sides choosing not to use the full time allotted by the agreed-upon trial rules. The trial briefly appeared headed toward introducing witnesses on Saturday, before an agreement between the defense and House managers avoided prolonging the process.

Trump was impeached by the Democratic-led House last month a week after the insurrection, and just days before he left the White House.

See the vote tally from Saturday below.

An earlier version of this story incorrectly identified Mike Crapo as a senator from Indiana. Crapo represents the state of Idaho. 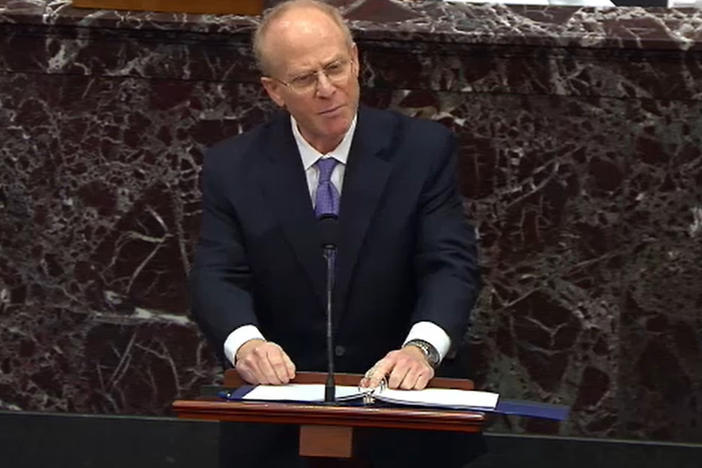 Trump's defense used roughly three of their 16 hours to push back on House impeachment managers' case that Trump should be convicted for inciting the Jan. 6 attack on the U.S. Capitol. 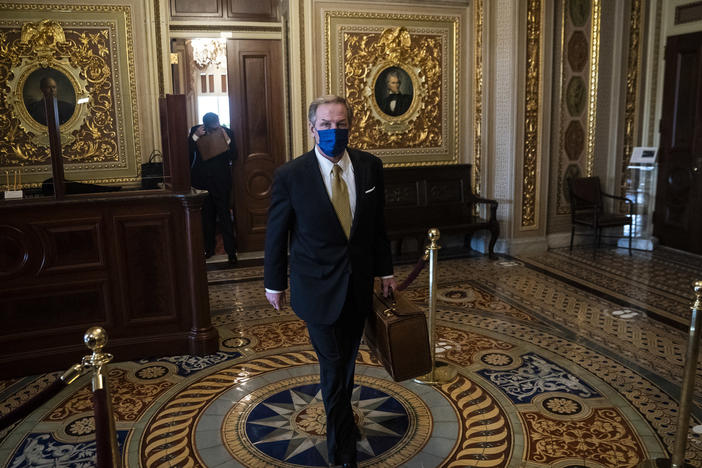 In 2017, several House Democrats stood and objected to the certification of then President-elect Trump's electoral victory. Then-Vice President Biden was presiding. 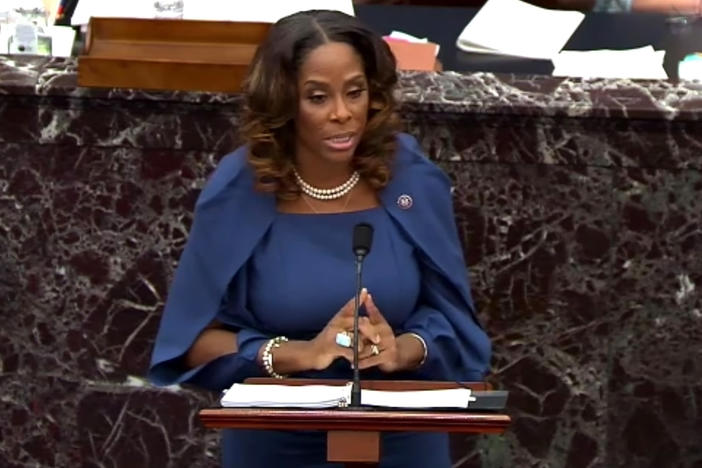 She touched on her unlikely journey from projects in Brooklyn, N.Y., to St. Croix, the U.S. Virgin Islands, "and now as an adult woman representing an island territory speaking to the U.S. Senate."