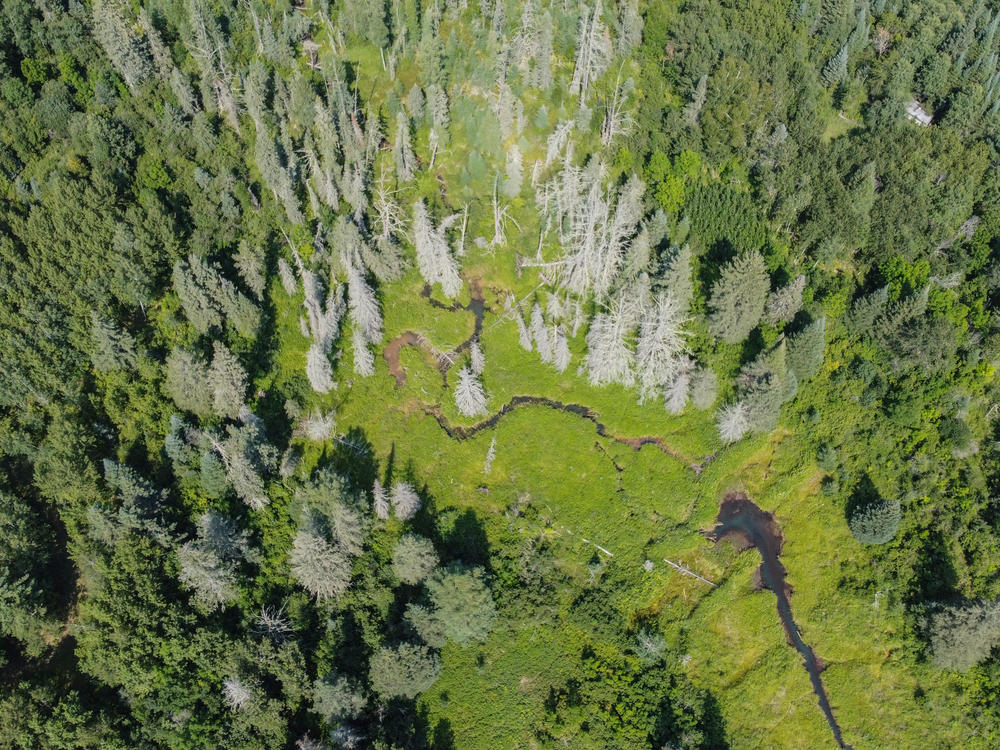 The rich pine forest surrounding Pine Lake Forest Road in Hubbard County, Minnesota. Hubbard County is located in the Heartland Lakes region of northern Minnesota. There were once nearly 150 fire towers standing guard over the state's forests as protection against unwanted fires. Today, only a handful of towers exist.

In northern Minnesota, not much can beat the pristine view ­­– and the rush – of climbing a fire tower. Reaching 100 feet into the sky, there were once nearly 150 of these steel lookouts guarding the state's fire-prone forests.

Today, only a handful of climbable towers exist and they remain on the front lines of fire prevention through education and an innate human desire to perch above the treetops.

Most fire towers in the U.S. were built in the 1930s. Staffed by generations of women and men trained to locate the first wisps of smoke, they were relied upon for over two decades as a critical line of defense against forest fires. In the 1950s, lookouts were replaced by airplanes.

Now a relic of history, the steep staircases of the fire towers in Minnesota's Itasca State Park and Big Bog State Recreation Area are tackled by thousands of people every year. On their way to the top, they learn about the land, its history, and the importance of preventing forest fires. 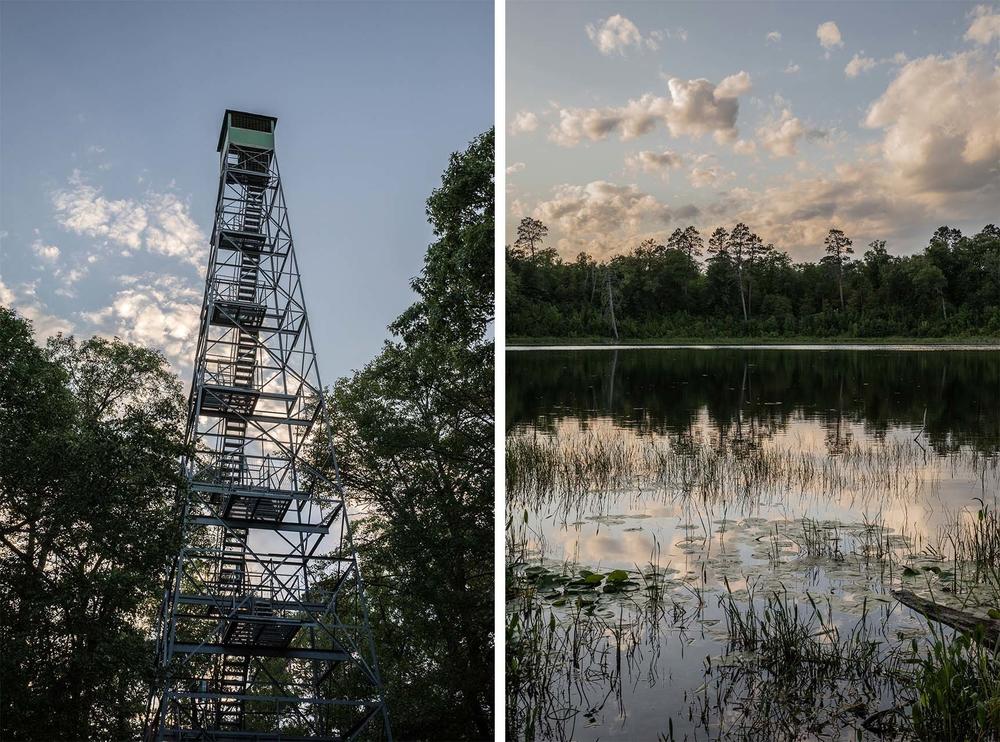 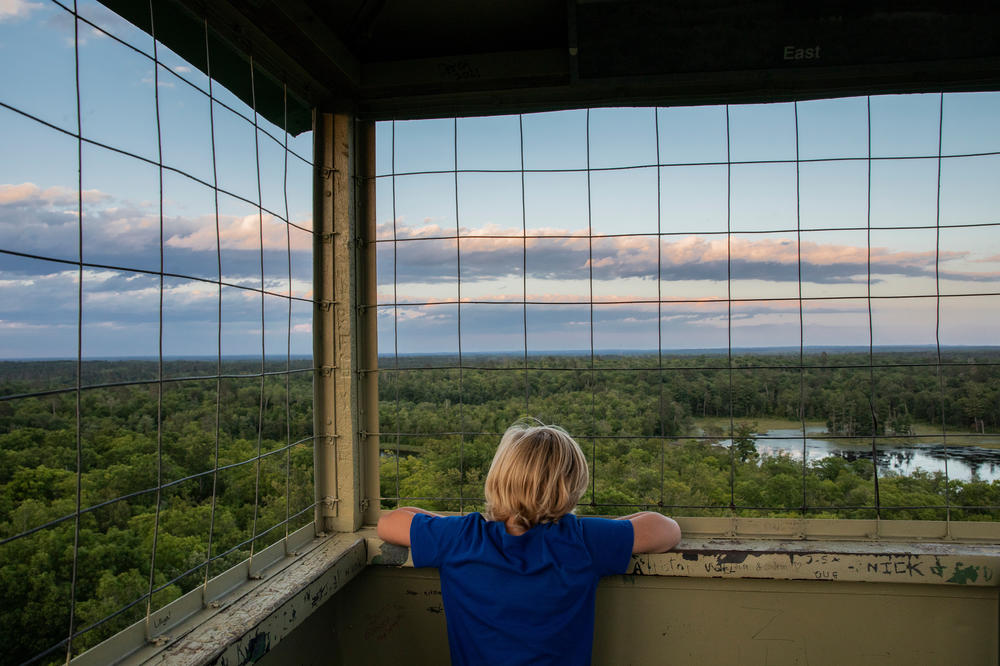 Errol Sleeper, 7, takes in the view from the cab of the Aiton Heights Fire Tower in northern Minnesota's Itasca State Park. After climbing to the top of the 100-foot tower, Sleeper officially became a member of the Ancient and Honorable Order of Squirrels, a national fire tower club founded in 1927 by an Itasca Park Ranger to educate youth and adults about fire prevention and forest health.

Nearly 100% of unwanted fires burning through woodlands, prairies, and neighborhoods today are preventable. "Thanks to the fire tower, we have the opportunity to educate hundreds of children plus adults on forest stewardship and fire prevention," says Dawn Jensen, who works for the Minnesota Department of Natural Resources at Big Bog State Recreation Area, an over 9,000 acre area located on the shores of Upper Red Lake.

In 2011, an out of service fire tower was refurbished and moved to the visitor center at Big Bog to serve as a tourist attraction and educational resource. The idea worked. About 10,000 people visit Big Bog annually and the majority climb the tower, reports Jensen. Through interpretive signs, school tours, and conversations with staff and local fire historians, visitors learn about the surrounding ecosystems, specifically the massive bog and Red Lake, and why protecting them is critical.

Formally titled the Red Lake Peatlands, the big bog from which Big Bog State Recreation Area takes its name, covers upwards of 500 square miles and is the largest bog in the lower 48 states. A mile-long boardwalk allows a relatively close-up look at this natural masterpiece.

In a clever twist, the bog's inhospitable moss and peat-covered landscape accommodates several rare and endangered fauna and flora, as well as moose, deer, bears, foxes, wolves, and an abundance of birds. "For centuries," reads an interpretive sign along the boardwalk, "North American native peoples have ventured into the bog to hunt and trap game and to harvest the plants and berries. Bog plants have been used for food and medicines, and to make baskets, mats, dwellings, and canoes." 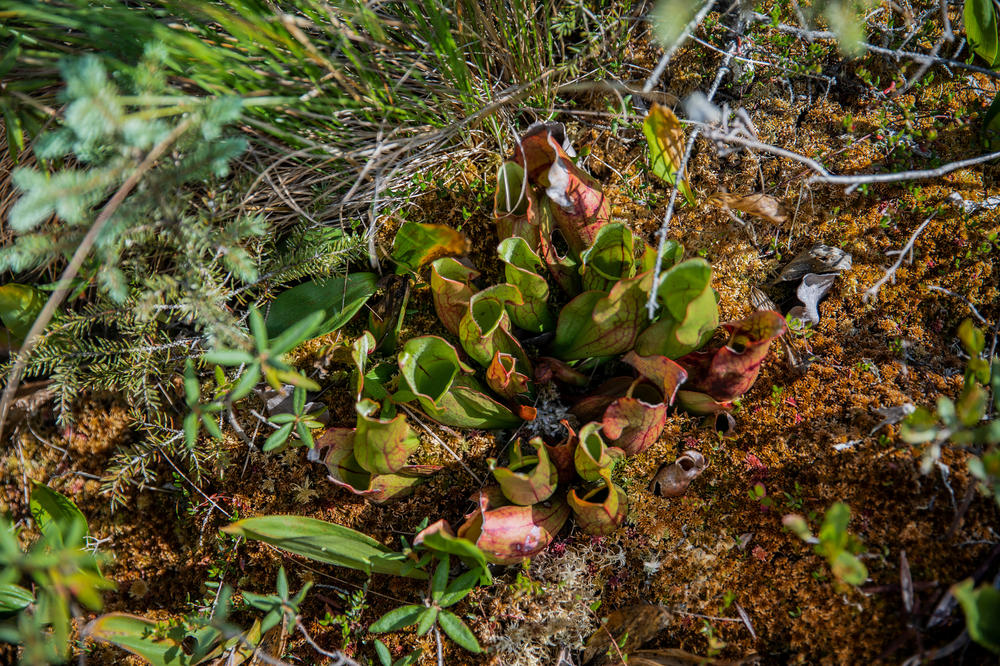 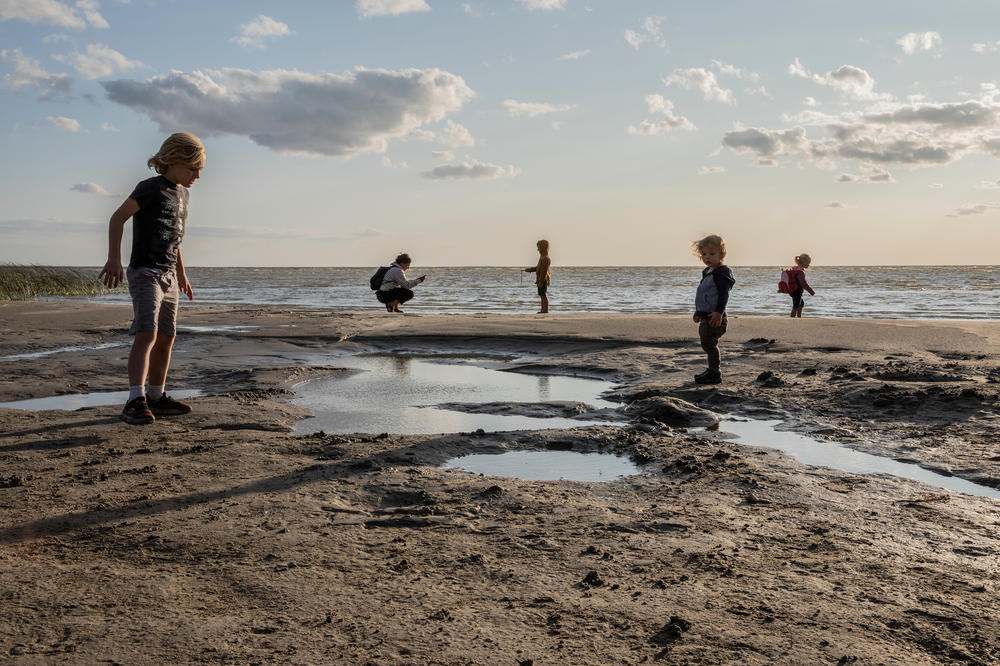 The swimming beach at Big Bog State Recreation Area in northern Minnesota is on the shores of Upper Red Lake. Big Bog park was established in part to create a sustainable tourist attraction is Waskish, Minnesota, after the local economy was devastated when the walleye population of the lake crashed in the 1990s. 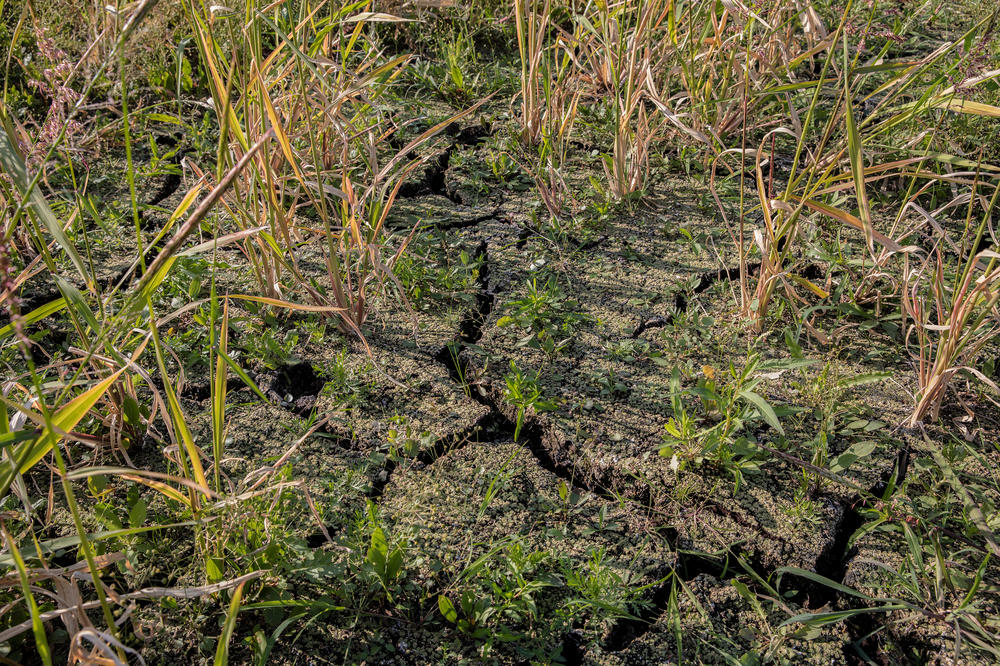 When dry, peat ignites easily and can burn for days, weeks, even years if smoldering underground. Peat fires can travel underground, making them infamously difficult to extinguish, as well as unpredictable and hard to control.

Since it began developing around 5,000 years ago, the bog has remained one of the most intact and undisturbed ecosystems in Minnesota. The views of Red Lake and the bog from the fire tower and boardwalk are largely what humans would have seen thousands of years ago.

"Fire towers are a lighthouse in the wilderness," says Jensen, a constant reminder of the beauty of the ancient forests and the destruction wildfires can cause.

The bog's relationship to fire is infamous. As the bountiful layers of sphagnum moss decay, peat is formed. Though typically wet and spongy, when dry, peat ignites easily and often burns unnoticed for days, weeks, and even years. Peat fires, which can smolder underground, are notoriously difficult to extinguish, says Lyle Fenske, a retired forester who lives in the area.

Two of the top three deadliest fires in U.S history were in Minnesota. The second deadliest was the Cloquet Fire, which in 1918 killed 453 people, displaced or injured 52,000 more, and burned 1.2 million acres. The third deadliest was the Great Hinckley Fire of 1894, which claimed the lives of 418 white people and an unknown number of Native Americans. Their deaths weren't counted in the toll.

In response to the state's relentless fires, many caused by logging practices, the Minnesota forestry service was established in the early 1900s, creating the foundation for a statewide system of fire towers. 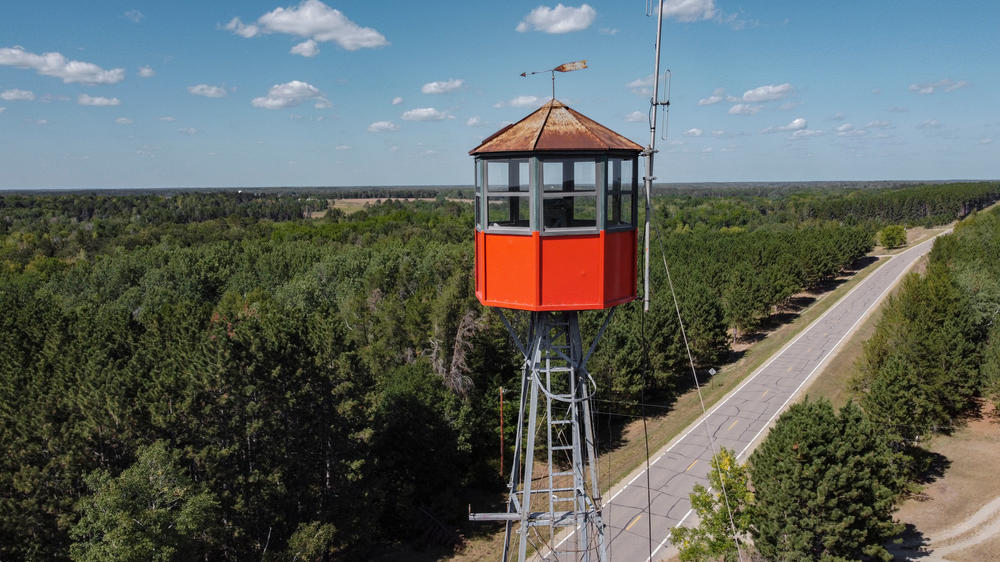 The fire tower at the DNR Forestry Station in Nimrod, Minnesota, is one of the only towers in the state still used to detect fires. Built in 1928, a 94-foot ladder leads to the tower's cab. 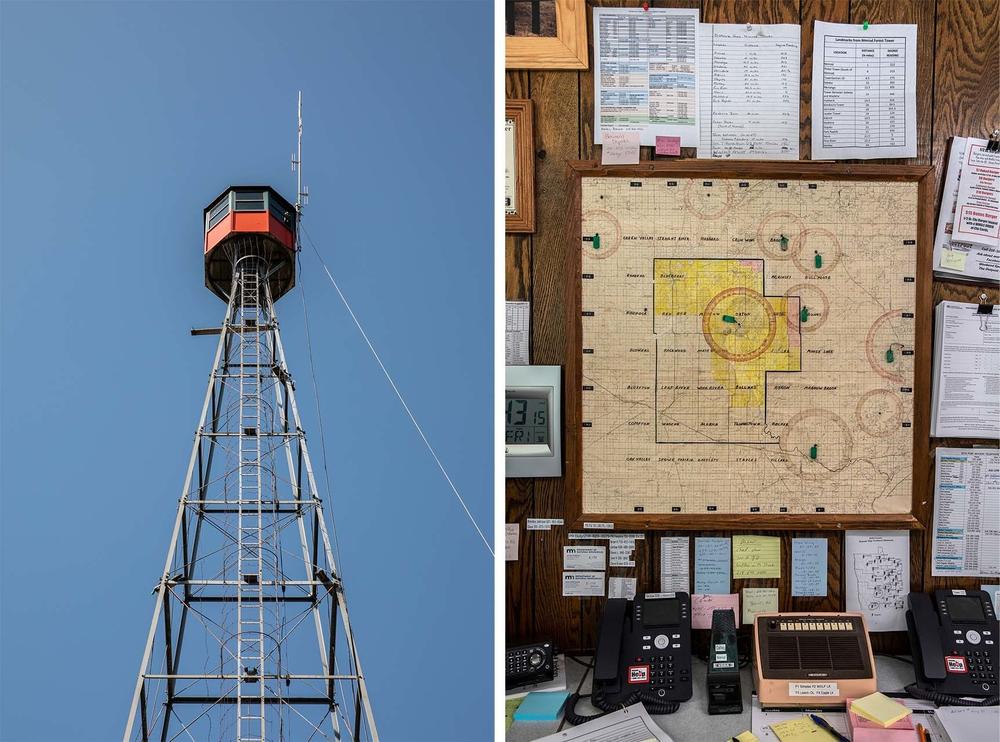 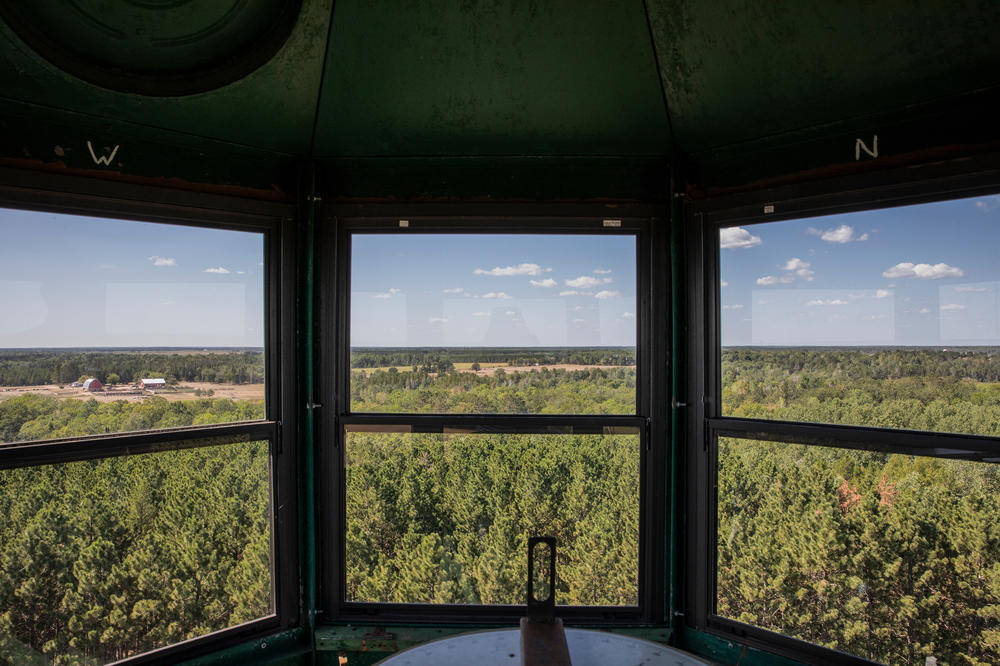 An Osborne Fire Finder, a type of alidade tool used to locate fires, inside the cab of the fire tower at the DNR Forestry Station in Nimrod, Minnesota. The tower in Nimrod is one of the only fire towers in the state still actively used for fire detection.

There is one fire tower in northern Minnesota that reserves itself for lookouts only, not thrill seekers. At the DNR Forestry Station in Nimrod, a 94-foot ladder leads skyward to the bright red octagonal cab of a fire tower.

Inside, a stool is positioned alongside an Osborne Fire Finder, a type of alidade tool developed in the 1920s to enable lookouts to pinpoint the exact location of a fire. The Nimrod tower, built in 1928, is staffed regularly during Minnesota's fire season. An airplane is also deployed to monitor the forests, but is tasked with covering a large area.

"The tower can be a quicker way to spot smoke," MN DNR Forester Jordan Griffing told me. With a fire, a lot can happen in an hour.

Itasca State Park, home to the headwaters of the Mississippi River and Aiton Heights Fire Tower, has long recognized the many ways official and makeshift towers play a role in fire prevention and education. Roughly a decade after the park was established in 1891, the Mississippi River Commission built six simple timber platforms above the treeline to map the Lake Itasca Basin.

Courageous visitors climbed to the top of the structures and, unexpectedly, the platforms proved themselves to be "very important in locating fires," says Connie Cox, the MN DNR Lead Interpretive Naturalist at Itasca. The park immediately realized the platforms served the dual purpose of detecting fires and providing an "opportunity to educate people about the Itasca landscape," added Cox.

By the 1920s, when the park's wooden towers gave way to steel, Itasca had already set in motion a fire prevention program that employed the ascent of the towers as an educational tool.

"That's why we keep our fire tower open," Cox told me. It ushers an "appreciation of the forest...and if you want to protect something you have to develop an appreciation for it." 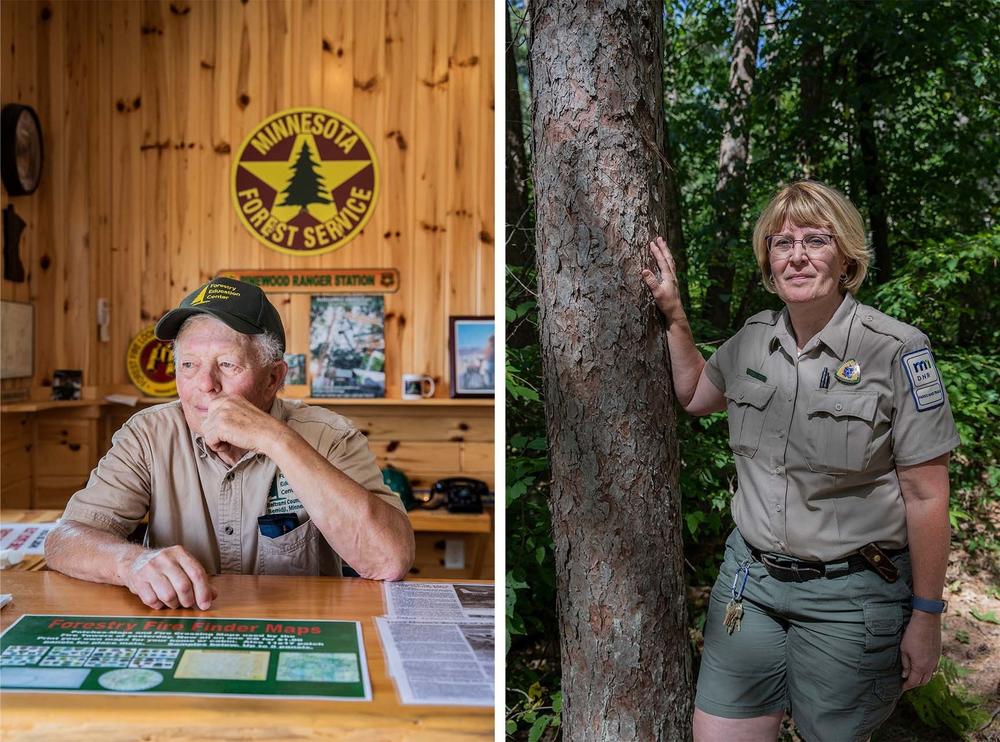 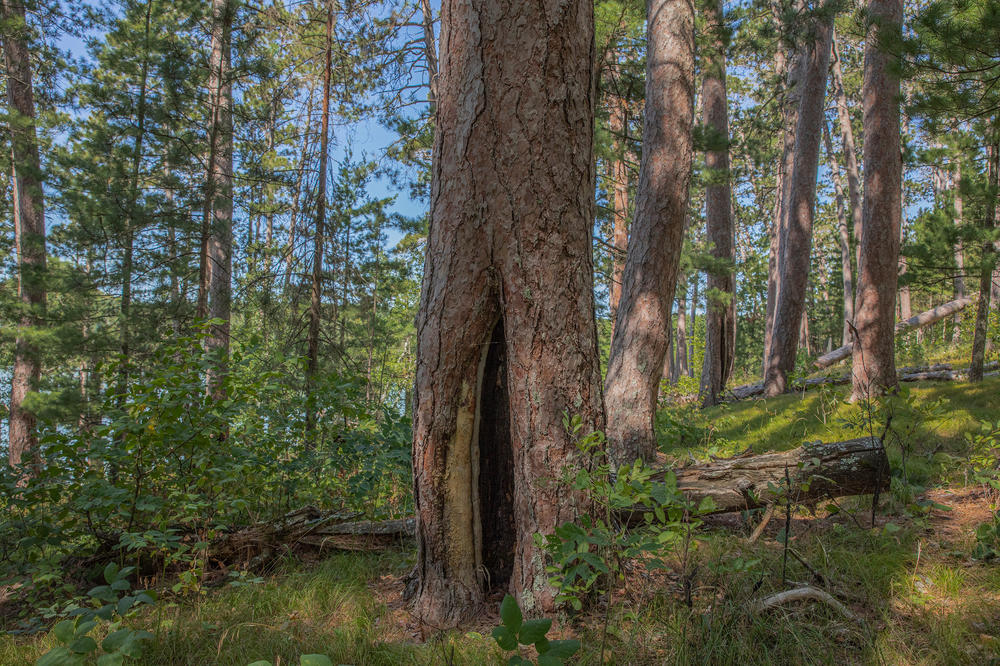 Fire scars remain on red pines in Preacher's Grove from a fire that burned through the park in the 1860s. Since fires were nearly eliminated from the park a century ago, trees such as spruce, fir, maple, and basswood dominate the ecosystem instead of pines. Itasca State Park, Minnesota. 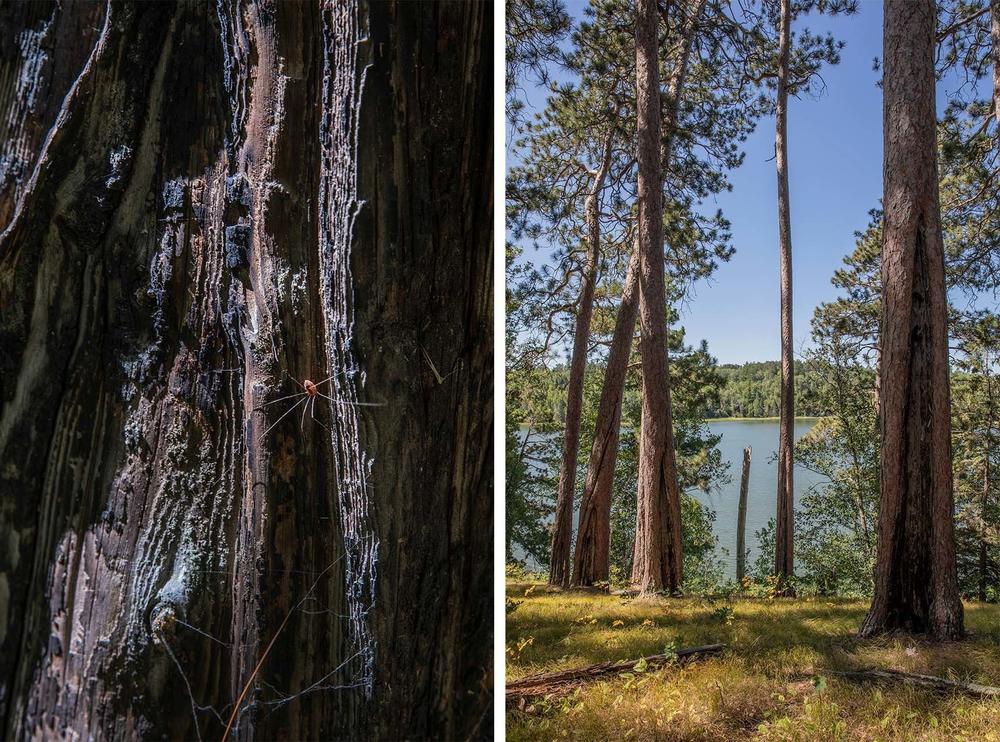 Fire scars remain on red pines in Preacher's Grove from a fire that burned through the park in the 1860s. Since fires were nearly eliminated from the park a century ago, trees such as spruce, fir and maple have been allowed to dominate the ecosystem instead of pines. The park now facilitates controlled burns as part of its forestry management techniques. This is Itasca State Park, Minnesota.

Over half a million people visit Itasca annually. While the headwaters are what draw most people, the Aiton Heights tower is a close second. A "good chunk" of visitors climb it to connect with the natural landscape, "not a manicured forest," says Cox.

Itasca was founded to protect thousands of acres of old-growth pines from logging, which in turn protect the headwaters. Large stretches of the park haven't been interfered with since explorer Henry Rowe Schoolcraft was led to the headwaters by an Ojibwe guide, Ozawindib, in 1832.

Similar to the experience in Big Bog, from the top of the Aiton Heights tower, the dense quilt of emerald trees and cobalt lakes looks nearly the way it did before European settlers, when only the Dakota and Ojibwe inhabited the land.

Cox likes to say Itasca's visitors "come for the river and return for the pines," a nod to the magnetism of a forest that has long been conserved and protected from the devastation of unwanted fires. 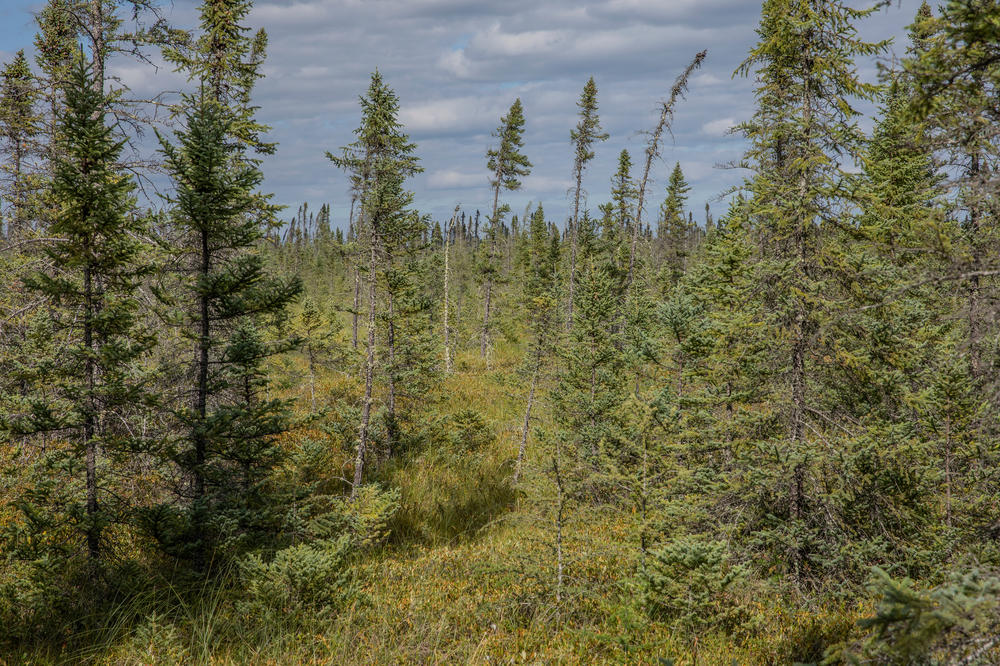 The Red Lake Peatlands have been called Minnesota's last true wilderness. The 500-square-mile Big Bog State Recreation Area is the largest in the lower 48 states. The bog has long been a source of medicinal plants to the land's original inhabitants, the Ojibwe. The bog's ecosystem benefits from periodic fires, but uncontrolled fires can be devastating to the bog's animals and nearby humans. 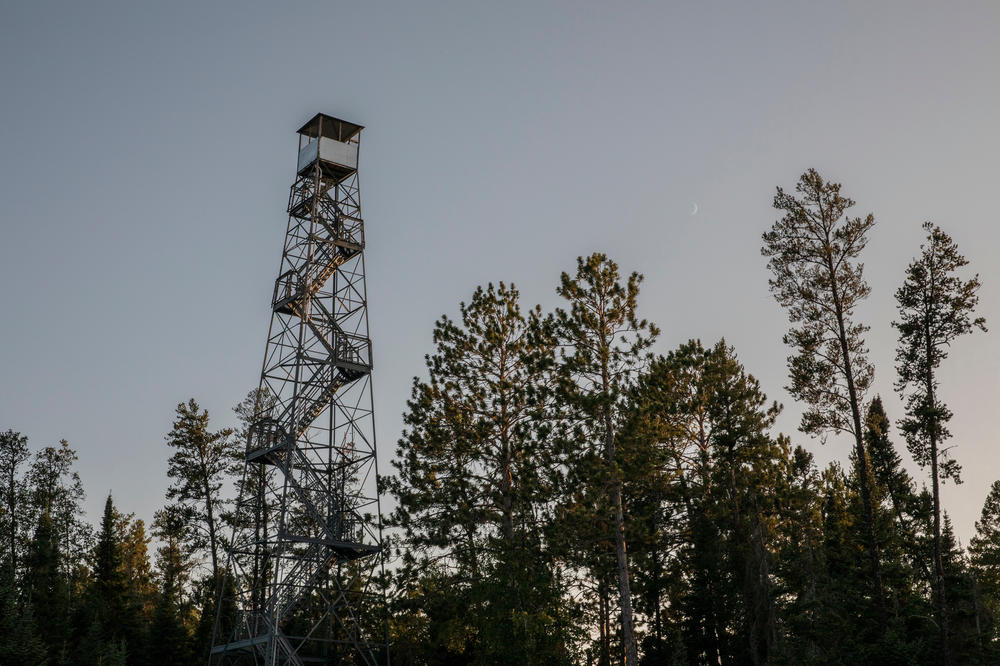 The 100-foot fire tower in Big Bog State Recreation Area offers views of Upper Red Lake and portions of the Red Lake Peatlands. About 100,000 people come to the park annually and the majority climb the tower, according to the park's staff. Interpretive signs at the base of the tower educate visitors about fire prevention and the history of the region's forests. 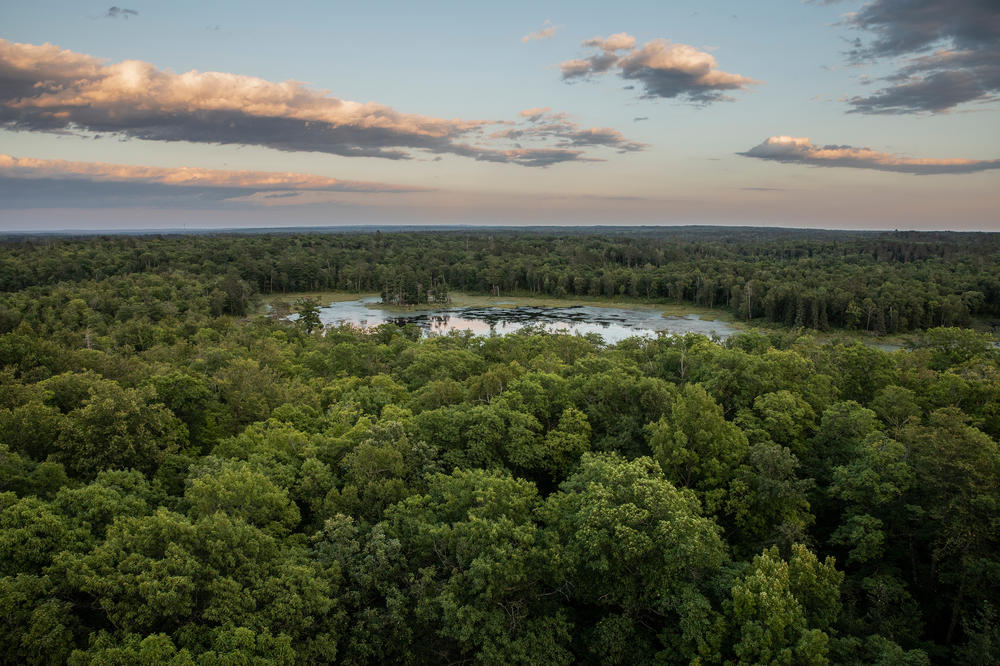 A bird's-eye view of the forests covering Itasca State Park from Aiton Heights Fire Tower, a popular attraction in the park. The tower is used to educate visitors about fire prevention and the forest.

Sarah Stacke is a freelance photographer and archive investigator based in Brooklyn, N.Y. She is also one of the founders for the 400 Years Projects. Follow her on Instagram @sarah_stacke. 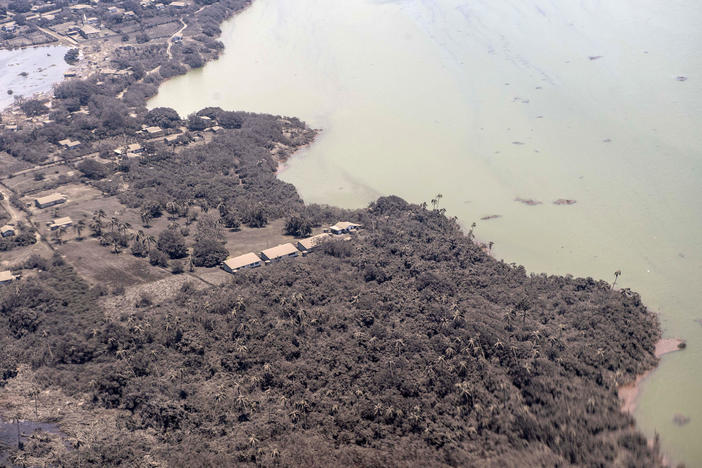 The images show populated areas in the archipelago with heavily damaged or destroyed buildings and homes and at least one island covered with ash. 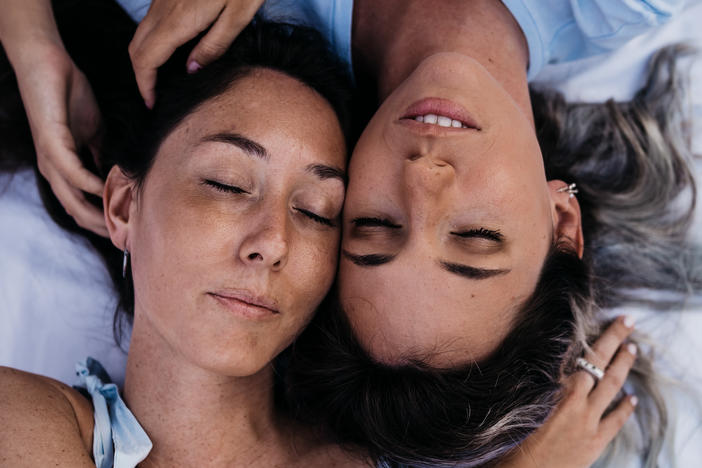 She asked best friends to pose for her. The result is a moving study of sisterhood

From her apartment's rooftop in Buenos Aires, Argentina, photographer Lucía Vázquez documents the meaning of long-time friendships that have become as close as sisters. 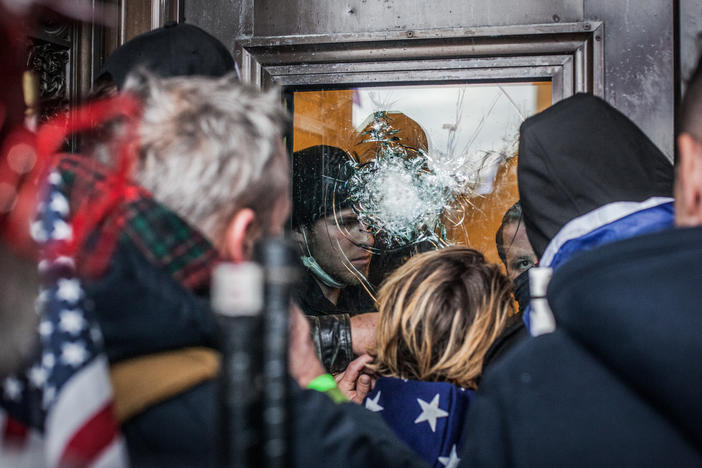 Photos: A look back at the Jan. 6 insurrection

One year ago on Jan. 6, hundreds of supporters of President Donald Trump stormed the U.S. Capitol to stop Congress from certifying Joe Biden's electoral vote win.