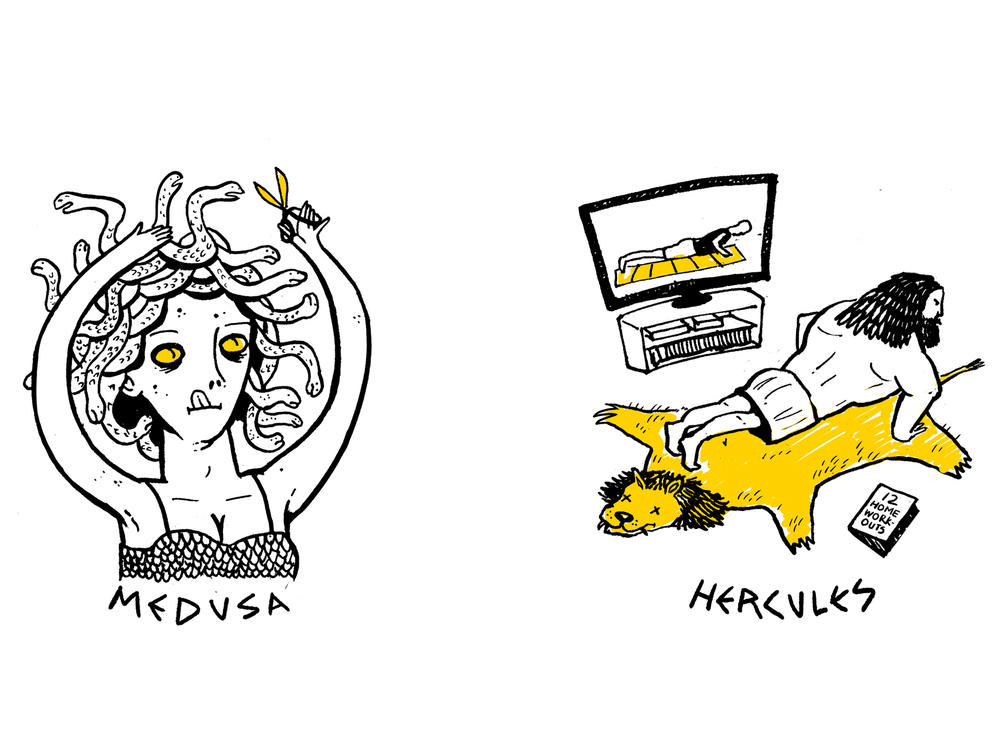 Narcissus stares a little too long at his reflection during a video call. Stuck at home, Medusa tries to cut her own unruly curls.

In his series Greek Quarantology, illustrator Jonathan Muroya recasts Greek gods and myths to creatively capture aspects of life during the pandemic.

The series started as an assignment during Muroya's last semester at the Rhode Island School of Design this spring. The prompt was to create an illustrated series that relates to the world amid the coronavirus, similar to the New York Times Opinion series, Art in Isolation.

Muroya says he asked himself three questions as he brainstormed ideas: What are people doing in quarantine? What are Greek characters known to do? Where can those two overlap?

"Probably at my worst times I'm Jason on the couch in his golden fleece watching TV," Muroya says. "Probably at my best, maybe Persephone, just wanting to be outside."

Muroya researched and selected ancient Greek mythological characters who embodied a quality of quarantine life. He struggled with how to depict the Minotaur, a half-man and half-bull monster that was caged in a labyrinth. After a few adjustments, Muroya settled on a Minotaur working on a maze puzzle.

Muroya says that the pandemic hasn't completely uprooted his daily routine. He spends a lot of time by himself, working on illustrations, as he did before the pandemic.

For most illustrators, says Muroya, there's a part of them that "enjoys the solitude and just being in a room" with their work.

Jonathan Muroya is an illustrator based in Providence, R.I. 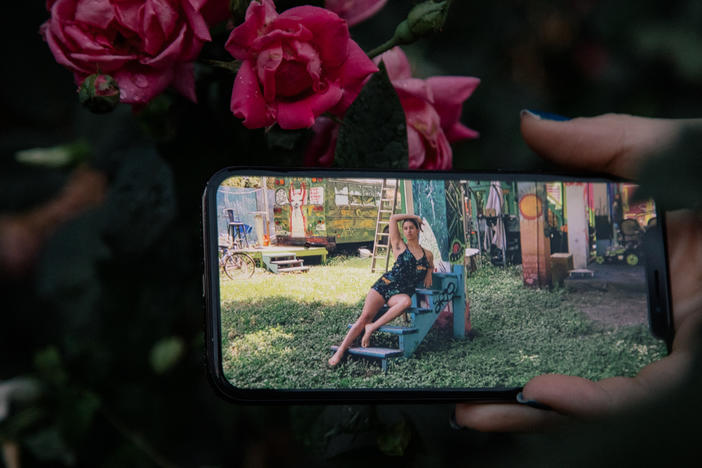 House Of Yes Performers At Home: How Artists Persevere

The House of Yes performance venue in Brooklyn is closed for now, but the artists that were active in it are busier than ever, finding themselves and making art that speaks to the times we live in. 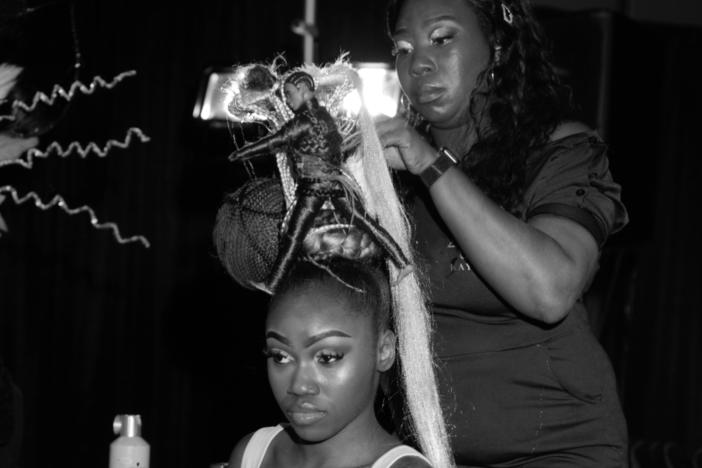 Photographer Rahim Fortune visited the Bronner Bros. International Beauty Show in Atlanta in February 2020. He says he found a "sense of Black entrepreneurship in the space." 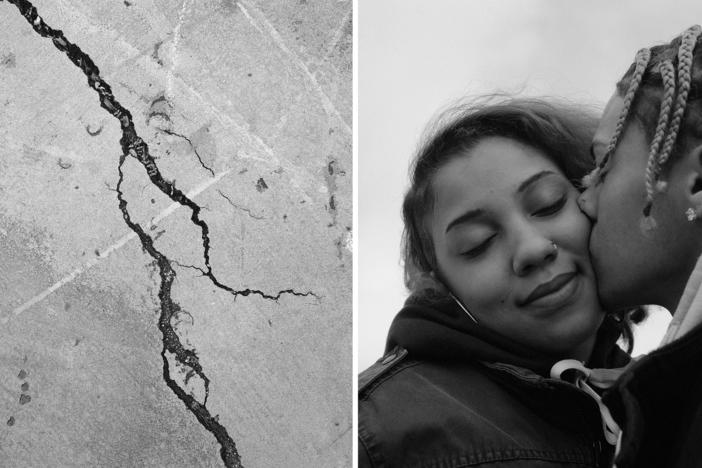 Visualizing Gentrification In 'Remnants Of An Exodus'

Photographer Al J Thompson came of age in a community of Caribbean immigrants in Spring Valley, N.Y. His new book Remnants of an Exodus documents his return to a changed community.