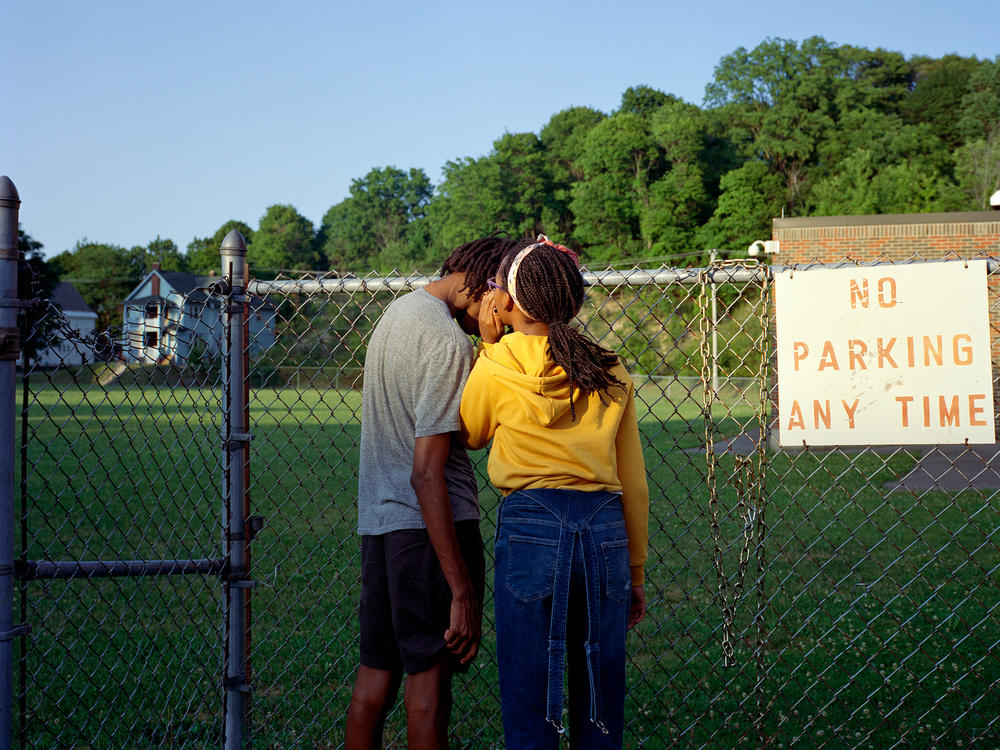 Artist and photographer Nadiya Nacorda has been documenting her siblings for nearly a decade. Her new photo book, A Special Kind of Double, features images of her brother Khaya and sister Thandiswa growing up. Time isn't marked by special occasions or birthdays, but instead the in between moments of life.

"I began photographing them from a place of nostalgia," Nadiya writes in an artist statement. "Seeking to create an archive of images to serve as evidence of our existence, significance and humanity in a world that seeks to erase us."

The photos are a dialog between Nadiya and her siblings. Sometimes she directs Khaya and Thandi's poses in the images, while other images capture a candid gesture between siblings. Taken together, they represent what Nacorda describes as "a love letter to all five of my younger siblings," not just Thandi and Khaya. As she writes:

"As the eldest child, they are my best friends and my greatest loves. Our special bonds have their own rhythm, power, and magic that only belong to us. This work provides you a glimpse into our world. One full of play and innocence, that grants refuge and solidarity in the face of traumas and struggles unique to us as Black youth in America." 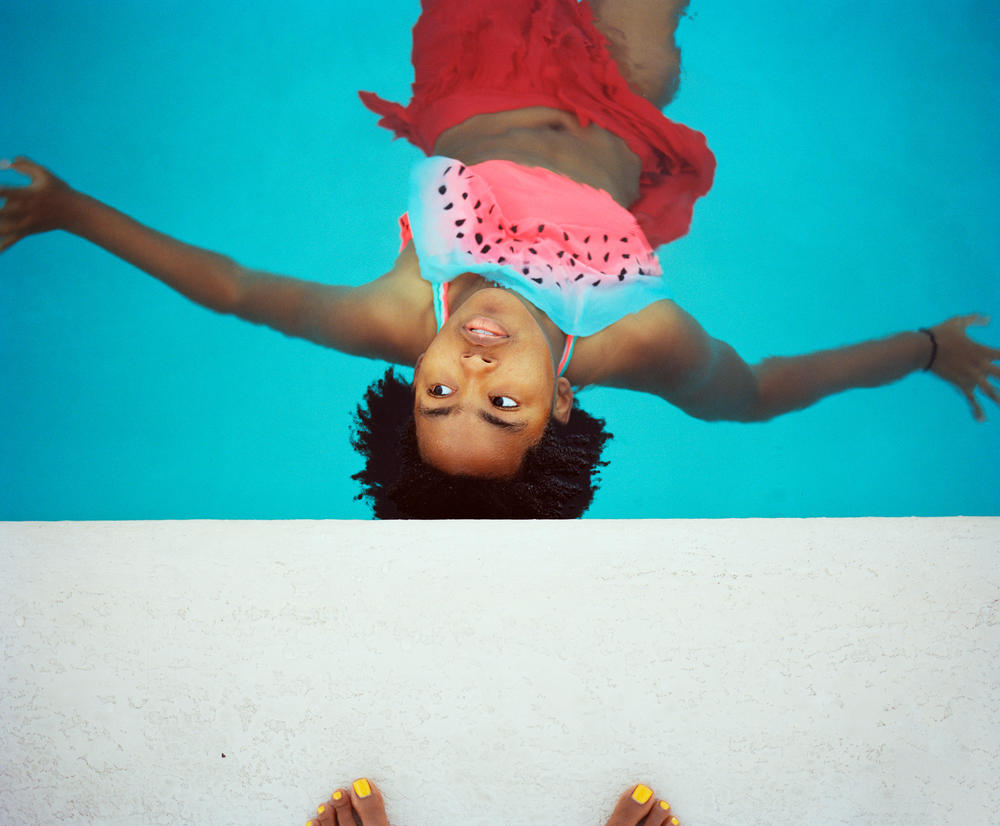 How did you get started on this project?

I was living in Fredericksburg, Va., at the time. My family had grown up in and around Detroit. I was probably 17 [when we moved in 2012]. I spent so much time at home. I was constantly returning to spending more time with my family. I would pick up this little, crappy Sony point and shoot that we had and would start photographing them. I became sort of the family photographer.

How did your interactions with your siblings change as you were photographing them?

It has varied throughout the years — as of course it would — as they grow up. As they got older, it became much more of a conversation. It would stem from spending time together and it would shift in this way where I would ask them, "I want to take some photographs of you two, can we do that?" That would start this conversation and collaboration where I would ask and we would talk about it and a little bit of going back and forth.

They're so used to it by now. They're interested in it but also so disinterested. They're normal teenagers and that's also what I want the book to get at, that normalcy. The fact that Black youth aren't allowed to be what they are, which is innocent and lovely, all the things that teenagers really are. 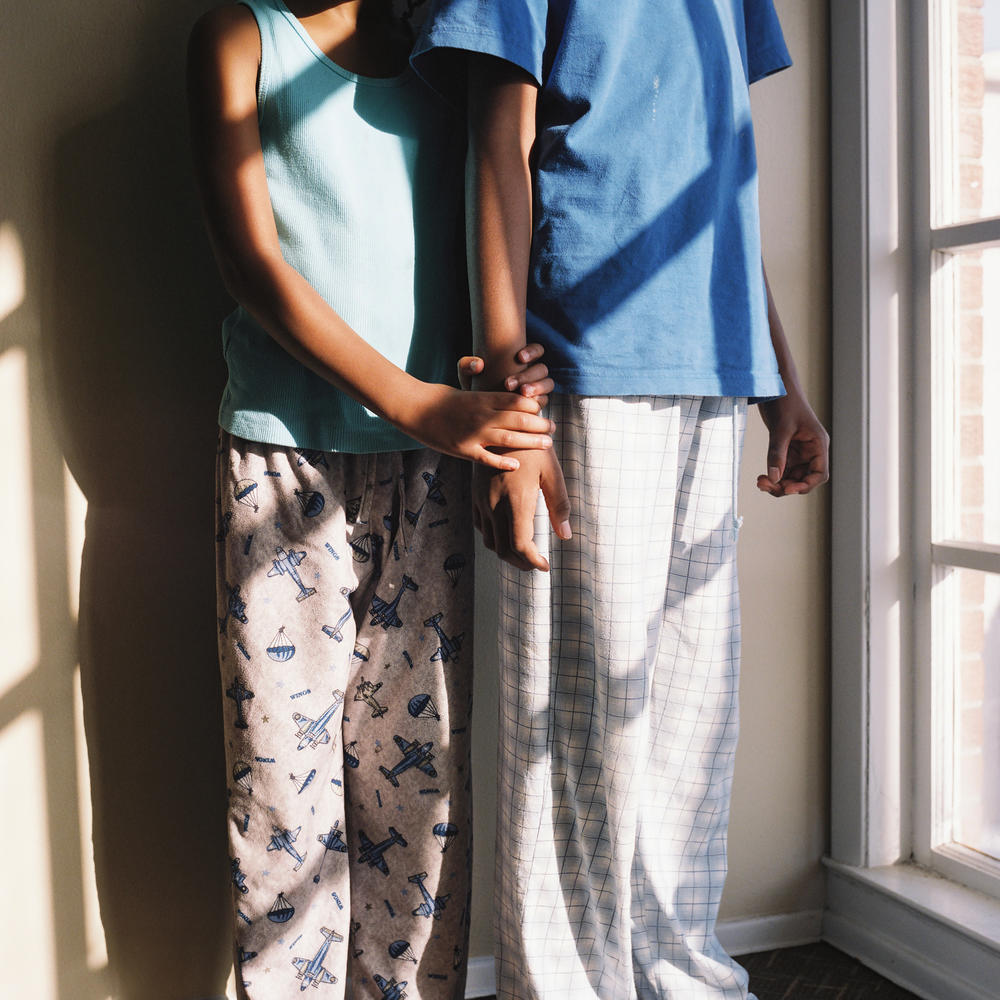 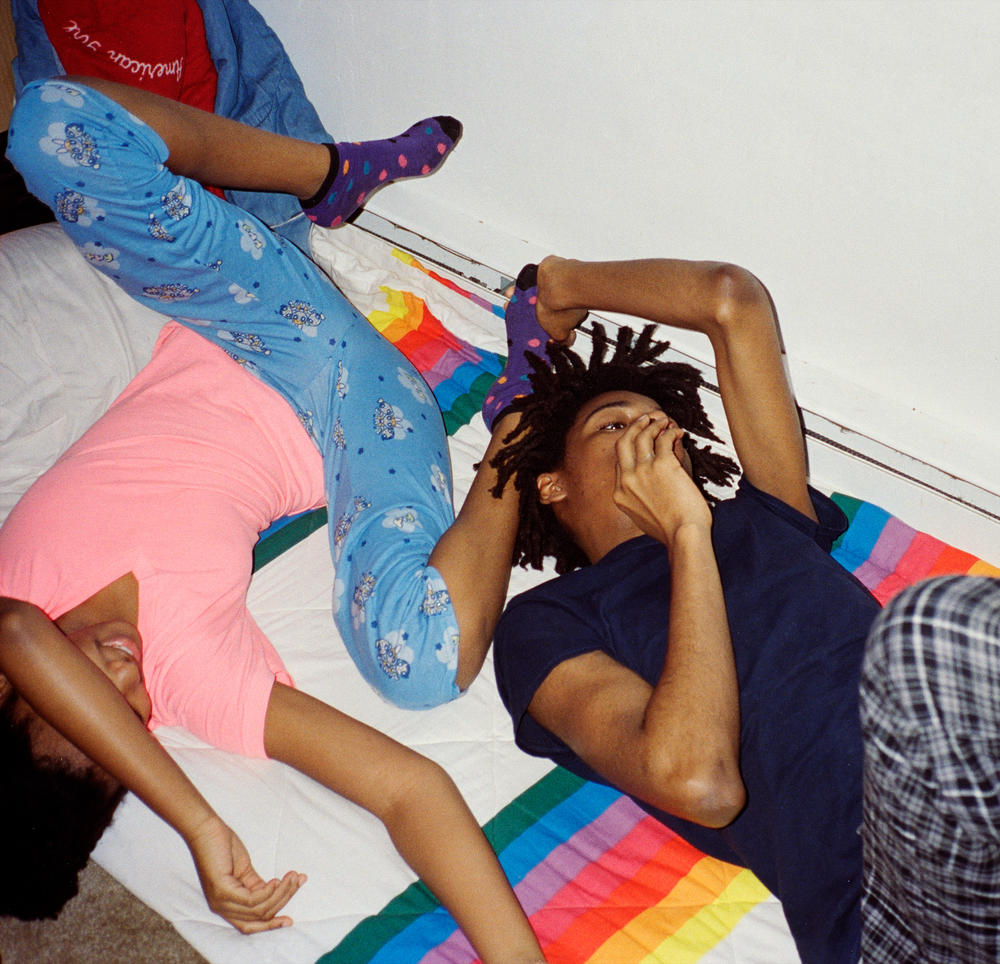 Khaya and Thandi have their own bond in the photos. How has that relationship changed while you have been photographing?

I think it has evolved in so many ways. They're two years apart ... for them, what I've seen shift is their closeness. I think it has taken on a very different tone and so they're much more independent, of course. As teenagers do as you get older, you want more privacy and you want more time that you want to spend individually, you're thinking about your circle of friends versus thinking of your sibling as your closest friend.

There's a film strip in the book of them in the kitchen [that] is an in between moment of putting dishes away, but [it's] so important to me as far as how the way it talks about this really quiet intimacy. I've seen them grow in their own individual ways, of course, developing their personalities ... Khaya being much more athletic and interested in gaming, and also Thandi being more like an artist herself and a painter. But when they do come together — which is often — that tightness and that bond is still there. 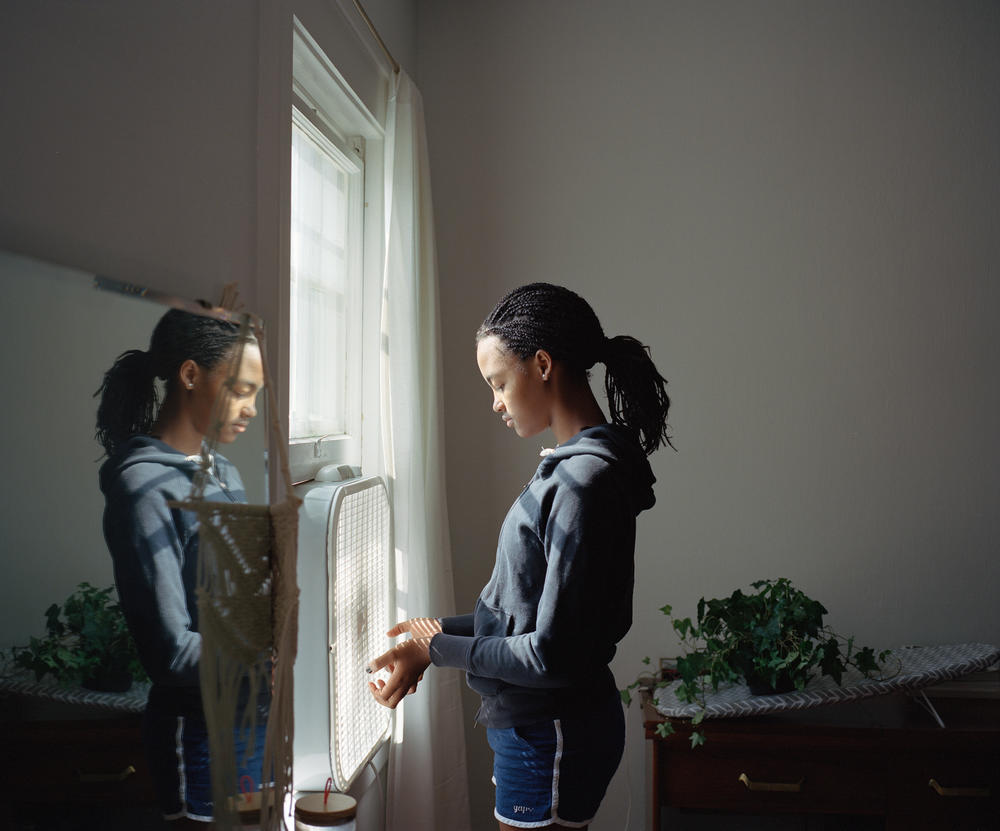 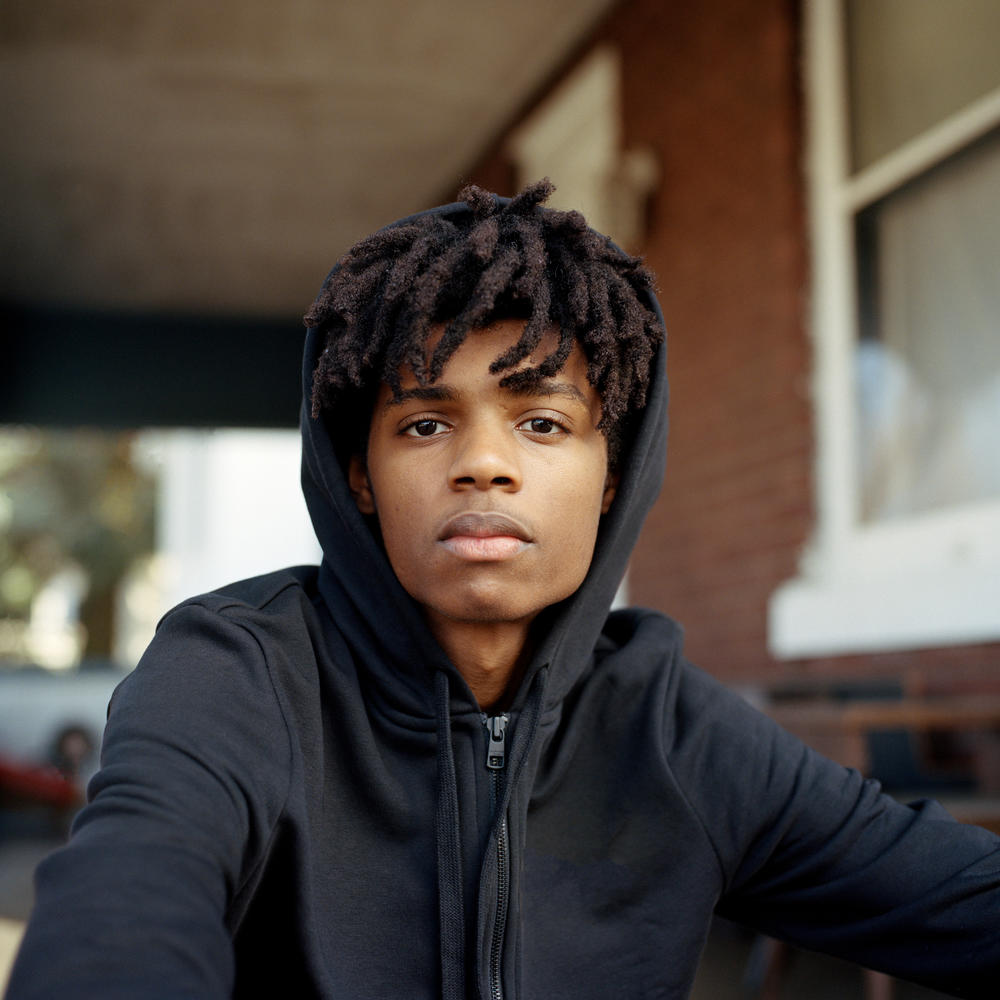 The book doesn't focus on big milestones like birthdays or other celebrations, but you do see Khaya and Thandi growing up. How did you decide to focus on these quieter moments?

What resonates with me more is the notion of what do those in between days look like? That's the majority of life. You can be really good on a birthday, you can be really good on a holiday or going on a vacation, but what does a random Tuesday look like? That everyday notion of relationship is so much more interesting to me because I think that's where you get at the root of its quality. 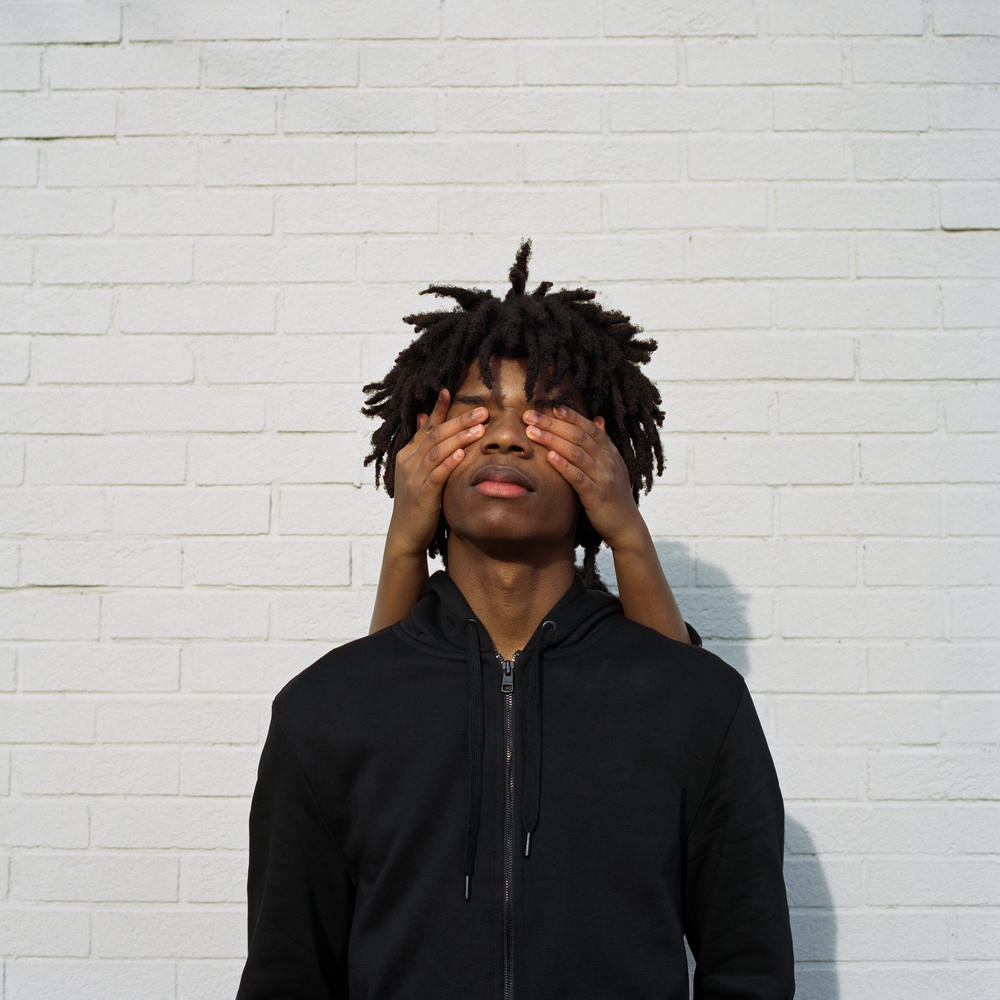 What do you hope the audience takes away from the book?

I think it's different depending on who the viewer is. I think about who my audience is as an artist and who I'm particularly speaking to and making work for and that relates to my specific communities. This book in particular being about Black youth, so I think about what do I want young Black people to think when they see this. I think, what would it mean for me, at 14, at my little sister's age, to have see a book like this. To see these in between moments seen as articulated visually as being special and important being recognized. I want a sense of validation to be felt by young Black folks when they see this and to see themselves in the photographs. I want to feel like ... Black youth should be allowed to play. I think that's why certain images being sort of whimsical and play is so important to me. 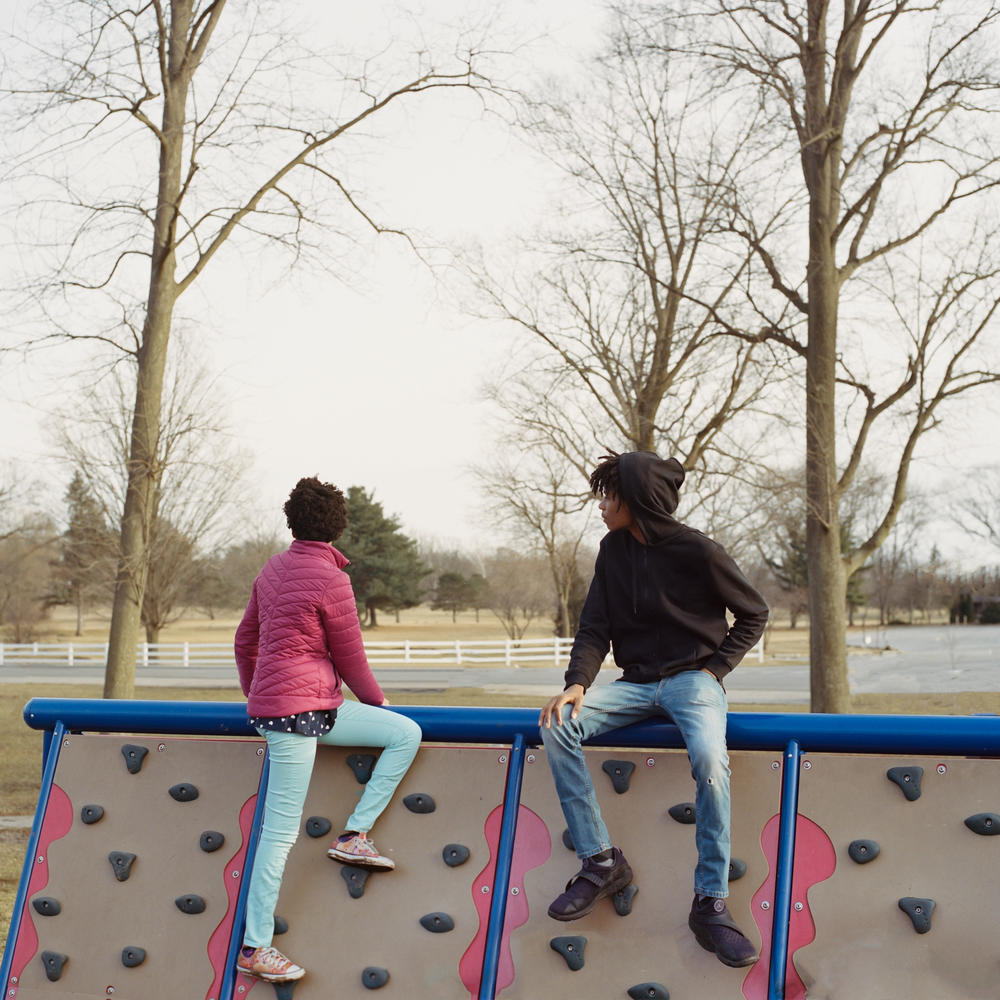 Is there anything you wanted to mention that I didn't ask about?

How I see this work now. These images in the book... it means so much more to me now because a lot of Black people who are parents or caretakers ... are really holding on more tightly because of the violence that's happening and has been happening for so long for Black women and girls and Black men and boys. I wasn't starting this project with those things in mind at all ... but that's what I'm thinking about now. Especially as I get older and still looking at [my siblings] growing up and them having so much life left to live.

Nadiya Nacorda is a Blasian artist and photographer currently based in Syracuse, N.Y. Her book, A Special Kind of Double, is available through KGP Books. 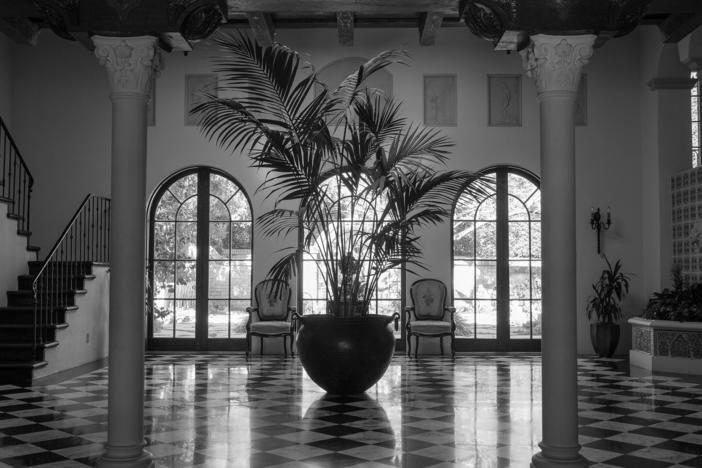 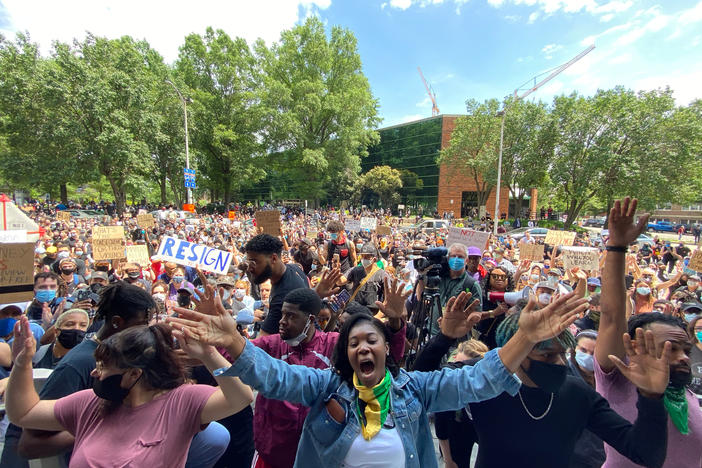 Regina Boone has been documenting the protests against Confederate statues for the Richmond Free Press. As the daughter of the paper's Black founders, she says, "This is not a new story for us." 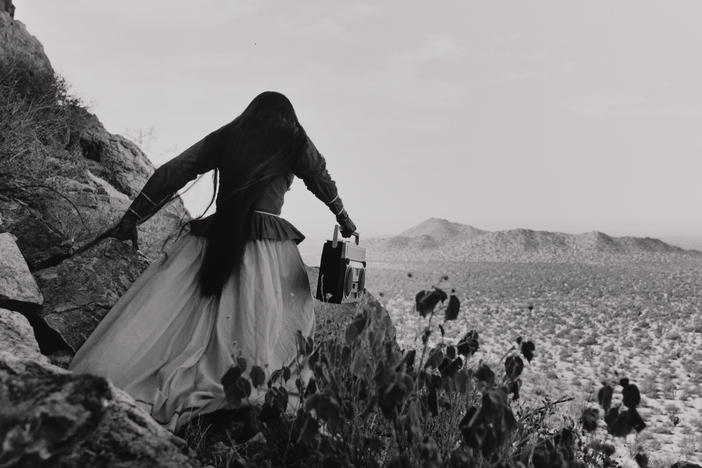 As one of Latin America's most renowned photographers, Iturbide has spent half a century capturing the beauty of her homeland and calling for her country to reclaim its sense of pride and identity.