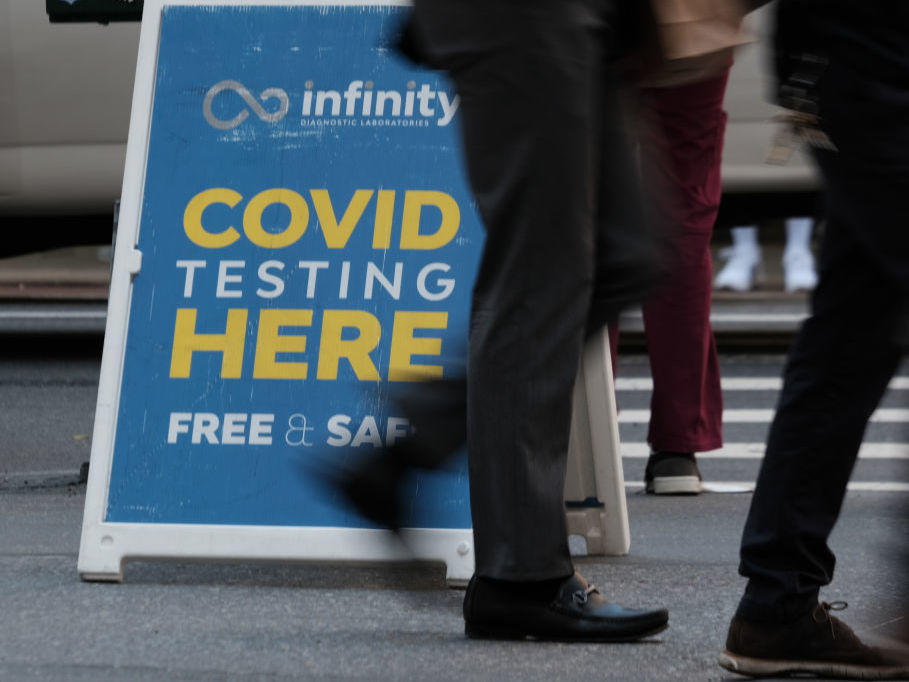 New COVID variants that are highly immune evasive have overtaken BA.5 to dominate in the U.S. Experts warn this means more reinfections and a possible winter surge. / Getty Images

Two new omicron subvariants have become dominant in the United States, raising fears they could fuel yet another surge of COVID-19 infections, according to estimates released Friday by the Centers for Disease Control and Prevention.

The subvariants — called BQ.1 and BQ.1.1 -- appear to be among the most adept yet at evading immunity from vaccination and previous infection, and have now overtaken the BA.5 omicron subvariant that has dominated in the U.S. since the summer.

"It's a little bit eerily familiar," says Dr. Jeremy Luban of the University of Massachusetts, who's been tracking variants since the pandemic began.

"This time of year last year we were optimistic. We were coming out of the delta wave, and it was steadily decreasing, and we went into Thanksgiving to wake up to omicron. So there is this sort of déjà vu feeling from last year," Luban says.

Recent laboratory studies indicate that new mutations in the virus's spike protein appear to make BQ.1 and BQ.1.1 as much as seven times more "immune-evasive" than BA.5.

But even if the new subvariants do surge this winter, most experts think any uptick in infections won't hit as hard as the first two winter surges of the pandemic.

"We are hoping that the amount of immunity that has been induced either by prior infection or by vaccination" will protect most people from getting severely ill or dying, Dr. Anthony Fauci, the White House medical advisor, told NPR.

That said, a new study suggests that getting reinfected with the virus still can pose significant risks, both for short term and long-term complications, including an increased risk of hospitalization, symptoms of long COVID and even death.

"The risk of reinfection is definitely not trivial," says Ziyad Al-Aly, an assistant professor of medicine at Washington University School of Medicine in St. Louis and an author of the new study. "So going into the winter surge now people should do their best to try to prevent getting reinfected."

"You're basically playing Russian Roulette again," he says. "You may dodge the bullet the next time around, but it may not be the case."

Because the newly dominant variants appear to be highly immune-evasive, many people may get reinfected.

"The bad news is that it's likely that people who've been vaccinated and/or infected will still get infected" with these new subvariants, says Dr. Daniel Barouch, a virologist at Beth Deaconess Hospital in Boston who's been studying the new strains.

The new strains are becoming dominant just as winter is approaching and people will be traveling and gathering for the holidays, factors that had already raised fears about another winter surge.

"The U.S. is going to see a winter surge in COVID infections," predicts William Hanage, an epidemiologist at the Harvard T.H. Chan School of Public Health. "And I think that if nothing else changes BQ.1 and BQ.1.1 are likely to be very significant players."

The key question is the scale of any winter surge that does emerge.

"The question is whether this increase is going to be nationwide and whether the size of the increase and the surge will be something like what we experienced with delta and omicron, or much smaller," says Samuel Scarpino, vice president of Pathogen Surveillance for the Rockefeller Foundation.

"I think it's quite concerning," he adds.

Infections, and even hospitalizations, have already started inching up in some parts of the country.

One promising sign is that recent surges in other countries suggest that if the subvariants are involved in a new U.S. wave, any uptick could be short-lived. For example, while France experienced a surge involving the new subvariants, the increase in cases quickly receded.

Nevertheless, experts are urging more people to get one of the updated boosters, which for the first time target omicron.

"Hopefully, more people will go and get their updated vaccine — the bivalent vaccine," Fauci says. "That will mitigate a real surge and at worst we'll get a blip versus a major surge."

While some preliminary studies have questioned whether the new boosters are any better than the original vaccine at protecting against omicron, others have suggested they may be. Vaccine makers Pfizer and BioNTech recently released a statement saying their new booster stimulates much higher levels of antibodies that can neutralize the BA.5 omicron subvariant than the original vaccine.

Another concern is that these new subvariants are likely to render the last monoclonal antibody drugs useless, including one that people with compromised immune systems use to protect themselves.

"The winter is going to be especially worrying for people who are immunocompromised," Harvard's Hanage says. 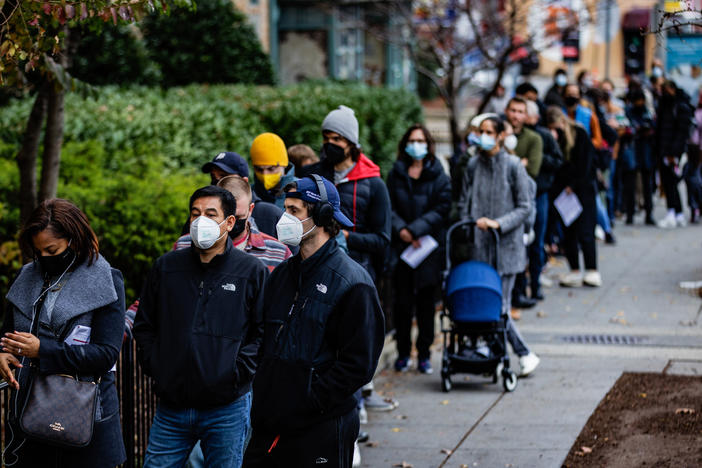 Omicron could bring the worst surge of COVID yet in the U.S. — and fast

Scientists are projecting the surge will peak in January. Just how massive it could be depends on how quickly Americans get boosted and change behavior to slow the spread. 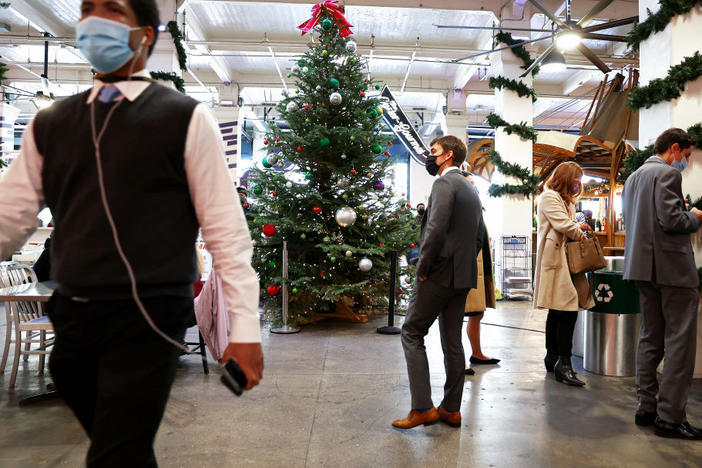 As omicron spreads, health experts push for mask mandates. But few states have one

Nine states have active mask mandates, even as the new variant is quickly moving in on the U.S. Despite their political unpopularity, research shows masks still work and could save lives. 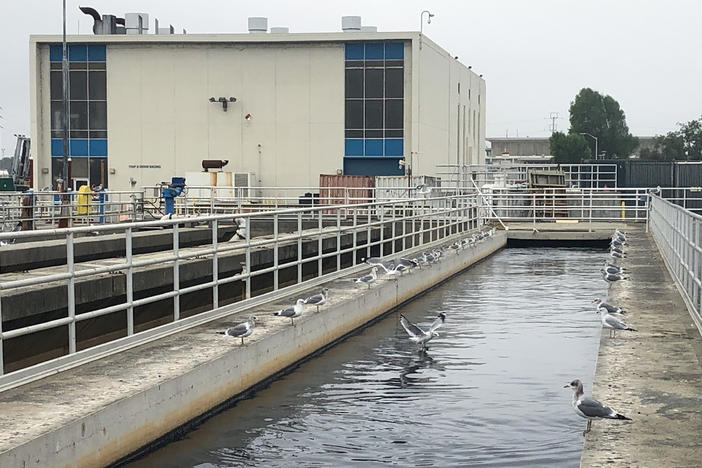 Poop sleuths hunt for early signs of omicron in sewage

Scientists have identified the new coronavirus variant in wastewater in a few U.S. cities. This type of surveillance can help communities stay a step ahead of omicron's spread.