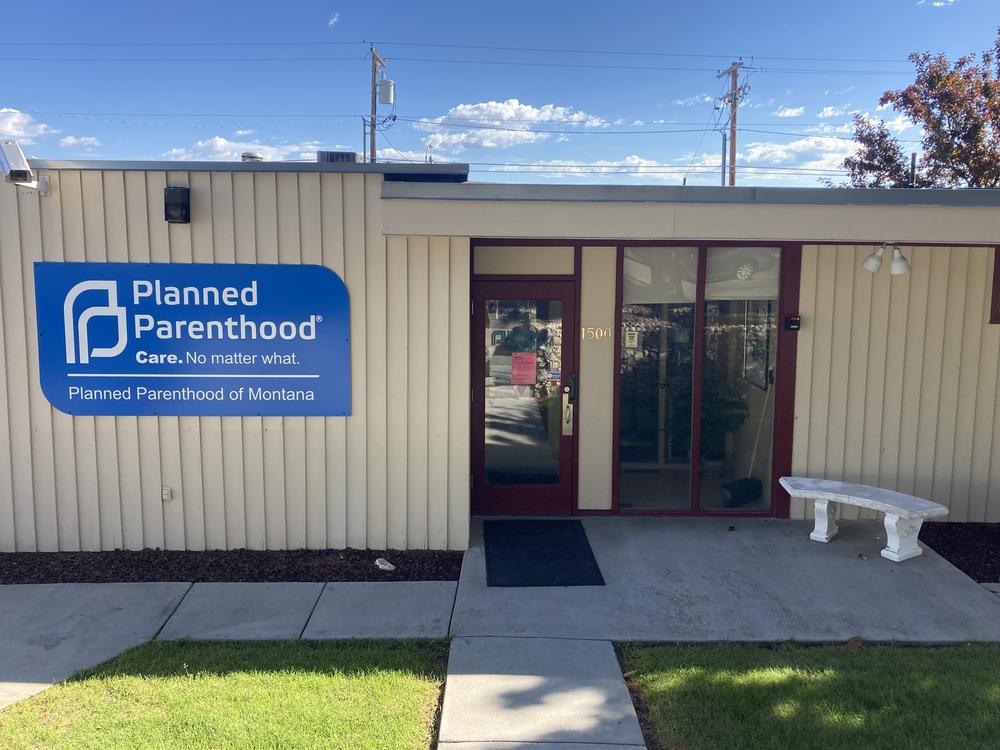 A Planned Parenthood of Montana clinic in Helena is among those that recently changed its policies to restrict its distribution of abortion pills only to patients from states without abortion bans in effect. / Kaiser Health News

The four states bordering Montana have "trigger laws" in effect or pending now that the U.S. Supreme Court has ended federal protections for abortion, making conservative Big Sky Country an unlikely haven for women seeking to end their pregnancies.

But Montana's potential to become an abortion refuge has been diminished — not by the lawmakers and governor whose attempts to restrict abortions have been stymied by the state constitution's right to privacy, but by the operators of at least four of the state's five clinics, which are preemptively limiting who can receive abortion pills.

Officials from Planned Parenthood of Montana, which operates three of the four clinics, said the intent is to ensure that they and their patients from states with trigger bans — laws to ban or restrict abortion that were designed to go into effect if Roe v. Wade was struck down — are protected from criminal charges and lawsuits. But the policy change is yet another complication for women in neighboring states such as South Dakota who want to end a pregnancy and face a rapidly narrowing field of options.

"That was a state that we were hoping was going to be available," said Kim Floren, director of the Justice Through Empowerment Network, a South Dakota abortion fund which provides financial aid to people who need the procedure. "At this point, it's just more bad news on top of more bad news."

Patients often prefer medication abortions over surgical abortions because they are cheaper, require less time at a clinic, and offer them greater privacy and more control. The most common type of medication abortion is a two-part pill regimen: The first taken in the clinic if an in-person visit is required; the second typically taken at home. In many states, the medications can be shipped to the patient after a telemedicine appointment.

In 2020, medication abortions made up more than half of abortions in the U.S. for the first time, according to the Guttmacher Institute, a research organization that supports abortion rights. Advocates expect medication abortions to become a target of new state laws. In South Dakota, a law that bans abortions by telemedicine took effect July 1.

The Planned Parenthood policy change in Montana is a response to the shifting legal landscape, said Jennifer Sandman, senior director of public policy litigation and law for Planned Parenthood's national organization. "People are acting under conditions of extraordinary chaos and fear that has been instilled by where the Supreme Court has left us and by threats by anti-abortion politicians in some states," Sandman said.

Planned Parenthood of Montana decided June 30 not to provide abortion pills at their clinics in Billings, Great Falls and Helena to patients from states where trigger laws have gone into effect. At the time, bans were in place in South Dakota, Arkansas, Missouri and Oklahoma, but Planned Parenthood officials said they see a significant number of patients from South Dakota. The officials did not respond when asked how many South Dakota patients would likely be affected.

Montana's other neighbors — Idaho, Wyoming and North Dakota — also have trigger laws, but they have not yet gone into effect.

The president of Planned Parenthood of Montana, Martha Fuller, wrote in an internal memo that the risks of cross-state provision of services were unclear, citing concerns about the potential for civil and criminal action against those providing medicine that would end a pregnancy to people from states with bans in effect. The memo was posted on Twitter by a freelance journalist and later deleted. Planned Parenthood officials confirmed the policy change.

The three Planned Parenthood clinics in Montana will continue to provide abortion procedures to out-of-state residents. "Right now, we believe that that is the best way of ensuring that out-of-state patients are not afraid to access the essential follow-up care they may need because of the intimidation and fear-mongering of extreme anti-abortion politicians," said Laura Terrill, a spokesperson for Planned Parenthood of Montana.

The Planned Parenthood decision came days after the Missoulian reported that Blue Mountain Clinic in Missoula would offer medication abortions only to people with a Montana address. Officials with the clinic did not respond to queries by phone and email.

The fifth clinic that provides abortions in Montana, All Families Healthcare in Whitefish, declined to answer questions about its policies for out-of-state patients.

Fuller said in her memo that the Planned Parenthood policy could change as the legal risks become clearer. Not mentioned in the memo is that Montana's status as a state with legal access to abortion could soon change as well.

Montana's Republican-majority legislature and Republican governor passed four state laws in 2021 meant to restrict abortions, but three were blocked by a judge, who cited a 1999 state Supreme Court ruling that said abortion is a right under the Montana Constitution. The state's attorney general is asking the Montana Supreme Court to reverse that precedent and let the laws go into effect. A decision is pending.

The Montana chapter is not the only Planned Parenthood network that is temporarily changing its policies around abortion pills because of the chaotic aftermath of the U.S. Supreme Court's actions. Planned Parenthood North Central States, which provides medication abortions in Minnesota, Iowa and Nebraska, said its patients must take the pills in states where abortion is legal.

South Dakota's trigger law makes prescribing or administering a substance that causes an abortion a felony, but it does not target people who have abortions. Floren, of the Justice Through Empowerment Network, said there's still fear that South Dakotans might be investigated or charged if they're caught with pills within the state or if they need to go to a medical provider for assistance because of a complication. "A lot of people really prefer that method and now this is just once again taking people's choice," she said.

Providers in other states that have become islands for legal abortion disagree with the policies restricting access for out-of-state patients. In Colorado, Dr. Nancy Fang, an OB-GYN with the Comprehensive Women's Health Center in Denver, said she understands caution in the face of the uncertainty that surrounds state abortion bans. But, she said, limiting access will harm patients and add stress on other clinics that continue to provide medication abortions.

"I think it is really impactful on the patient because it further restricts their autonomy for access to health care, not being able to access a safe option just based off of where they're coming from," Fang said.

Planned Parenthood of the Rocky Mountains, which serves Colorado, New Mexico, Wyoming and parts of Nevada, does not plan to change its policies, though spokesperson Neta Meltzer said her organization supports other affiliates like the one in Montana "making heartbreaking decisions."

"We serve all patients equally, those living in our own communities and those fleeing hateful bans in their home states," Meltzer said.

Abortion procedures are considered more effective than abortion pills, although they are, by their nature, more invasive. The procedure requires a patient's cervix to be dilated using surgical tools, and patients often take anti-anxiety medication or intravenous sedatives. With pills, people who have been abused by their partners can say they had a miscarriage, since the amount of bleeding and other symptoms are similar.

After the Supreme Court's decision, the company said it would send a fleet of mobile clinics to state lines to provide services for women from states with abortion restrictions. "By operating on state borders, we will reduce travel burdens for patients in states with bans or severe limits," the company said in a statement.

Floren said she hopes Just the Pill continues to provide services for South Dakotans. Justice Through Empowerment Network has seen an influx of donations and volunteers, and Floren said the abortion fund is preparing to organize people to attend an upcoming special legislative session in which she expects lawmakers to target those who donate or distribute abortion aid. 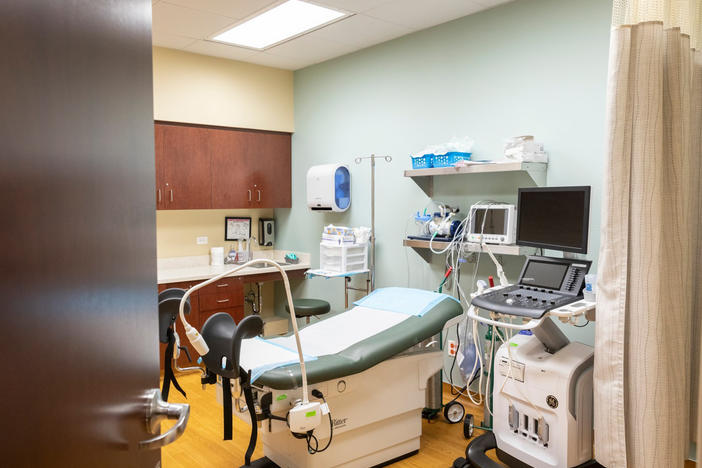 Abortion is legal in Illinois. In Wisconsin, it's nearly banned. So clinics teamed up

After Wisconsin left an 1849 near-total abortion ban in place, some providers began commuting to Illinois to treat patients. These Planned Parenthood partnerships could be a model for the future. 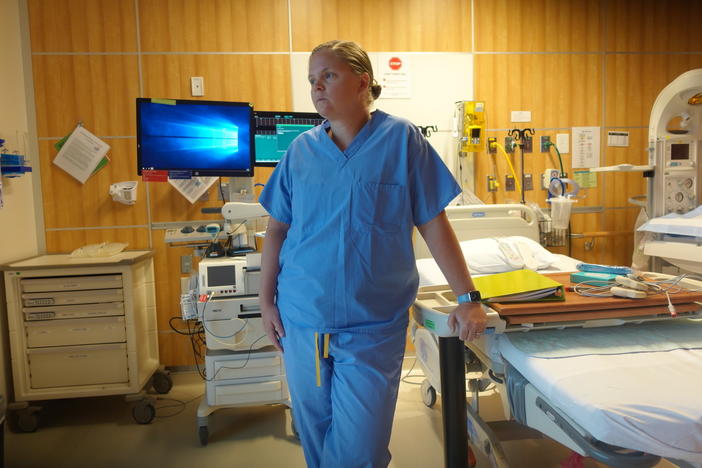 Their mentor was attacked. Now young OB-GYNs may leave Indiana

Dr. Caitlin Bernard was publicly vilified for providing abortion care to a 10-year-old rape victim. And that's got some medical residents who were open to practicing in Indiana thinking again. 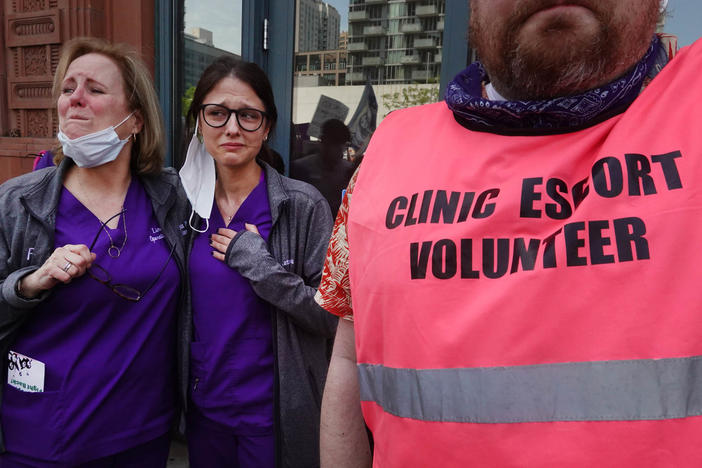 Some clinics are bracing for a huge influx of patients if Roe v. Wade is overturned

If abortion bans are enacted, millions would be forced to travel to less restrictive states, and some health providers are warning they may not be able to handle the surge in demand.