Another booster? A vaccine for omicron? Here's what could be next for COVID vaccines

Federal health officials are convening with outside advisers April 6 to talk about a vaccine plan, whether that's another booster in the fall, an omicron shot or one that targets more than one strain.

Alright, what is next for COVID-19 vaccines? Well, that's exactly what federal health officials are scrambling to figure out. So the FDA - the Food and Drug Administration - is convening a special meeting this week to map out a new vaccine strategy for the nation.

NPR health correspondent Rob Stein is here to explain what they are up to this week. Hey there, Rob.

KELLY: So I want to start just laying out where things stand, which is that last week, the FDA authorized a second booster, which would amount to a fourth shot, for people age 50 and older and for some people with particular health problems. Is that the writing on the wall that eventually everyone is going to need to line up and get yet another shot?

STEIN: You know, Mary Louise, no one knows for sure. And many experts think we should be focusing on vaccinating the unvaccinated and boosting the unboosted instead of just giving more shots to vaccinated people. But others say there's a pretty good chance that's where we're going to be headed probably by the fall because, you know, the virus isn't going away. Whatever immunity people have from their shots or infections could very well continue to fade.

And yet another surge could easily hit the country next winter. I talked about this today with Dr. Peter Marks. He's the FDA's top vaccine scientist.

PETER MARKS: That's when we'll probably have a fair amount of waning immunity in combination with likely further evolution of the virus, along with people going back inside.

STEIN: ...Where the virus spreads more easily. So Marks says that the country must start planning now for whether everyone needs a shot and, if so, what kind of shot exactly.

MARKS: We could basically wait until another wave comes along and then try to deal with it. But I think we know that doesn't work because we can't manufacture and deploy vaccines fast enough.

KELLY: Right. So, I mean, Rob, they're talking about this constant game of catch-up. And I guess that prompts the question of, how you get out of that? How are they going to go about making a shot that will at least try to get us ahead of the game and provide real protection?

STEIN: Yeah, that's a very good question. And that's a really tricky part of this. No one knows what version of the virus will be dominant by the fall or winter. It could be omicron, especially the omicron subvariant called BA.2 that's taking over now and threatening another wave even sooner. Or it could be an entirely new variant that we haven't seen before. So while one option may be that everyone just gets the same vaccine again, Marks thinks that's probably not the best option.

MARKS: There is a certain diminishing return by giving the same vaccine over and over. And second of all, we have had enough evolution of this virus that it would make sense to want to try to cover some of the genetic diversity that has been introduced into the mix.

STEIN: By instead giving people a new vaccine that specifically targets omicron or maybe one of the other variants, or that combines at least two different strains into one vaccine, that could provide even broader protection against some other new variants that might emerge. Here's Dr. Marks again.

MARKS: By this fall, we may be on to a new variant. It could be sigma. It could be tau. There may be something new circulating that we'll have to deal with, and we're going to have to make a good guess at what may be most effective.

STEIN: Just like we do with the flu vaccine every year.

KELLY: Oh my God, Rob, the thought of sigma and tau and all the rest that may be in the pipeline.

KELLY: But to his point, there is precedent for this. We already adapt the flu vaccine every year. Is that in the pipeline for COVID?

STEIN: Yeah, yeah. Though, so far, you know, there's an omicron version of the vaccine that hasn't looked all that promising so far in early testing. But scientists are waiting for more data about that shot and about other new versions of the vaccine that combine strains, you know, like omicron and the original strain or omicron and beta or maybe delta and omicron this time around. 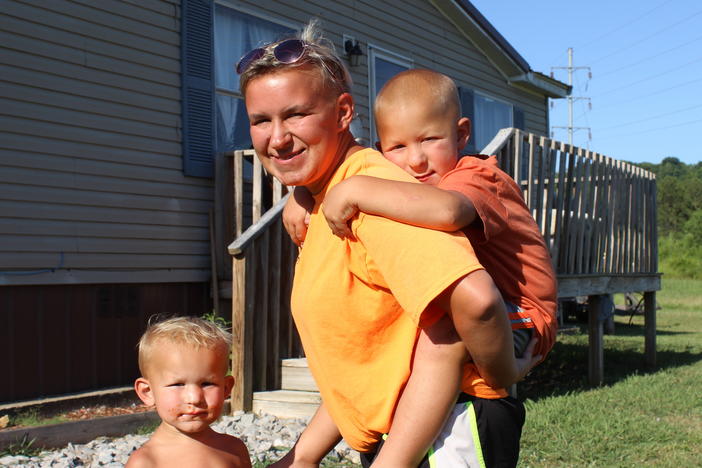 They lost Medicaid when paperwork was sent to a pasture, signaling the mess to come

Tennessee expects to soon disenroll about 300,000 people from Medicaid. But families like the Lesters have been entangled in bureaucracy and clerical mistakes, causing them to unfairly lose coverage. 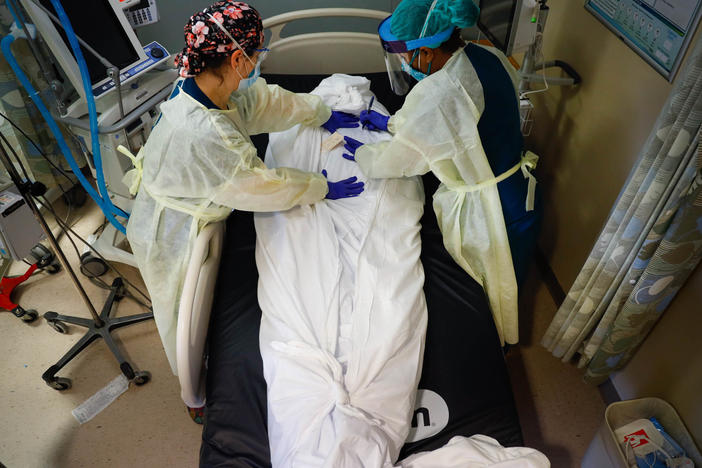 In wave after deadly wave, COVID has claimed 1 million lives in the U.S.

The virus became the third leading cause of death in the U.S., and caused so many to die in the prime of life that the country experienced the biggest drop in life expectancy since World War II. 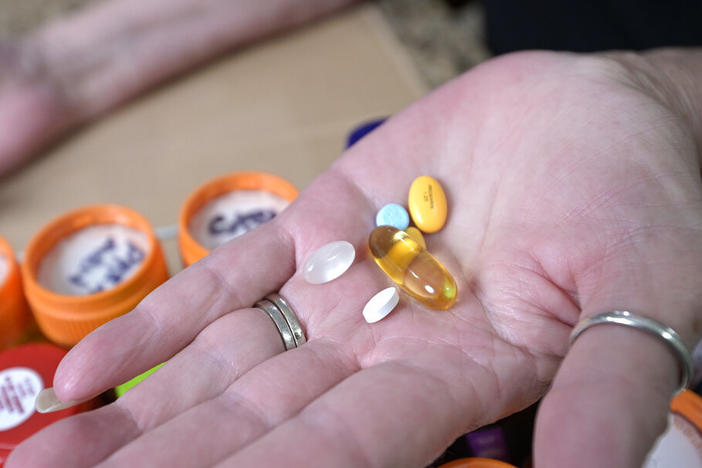 Even the savviest Medicare drug plan shoppers can get a shock when they fill prescriptions: That great deal on medications in fall is no bargain after prices go up as much as 8% by winter.