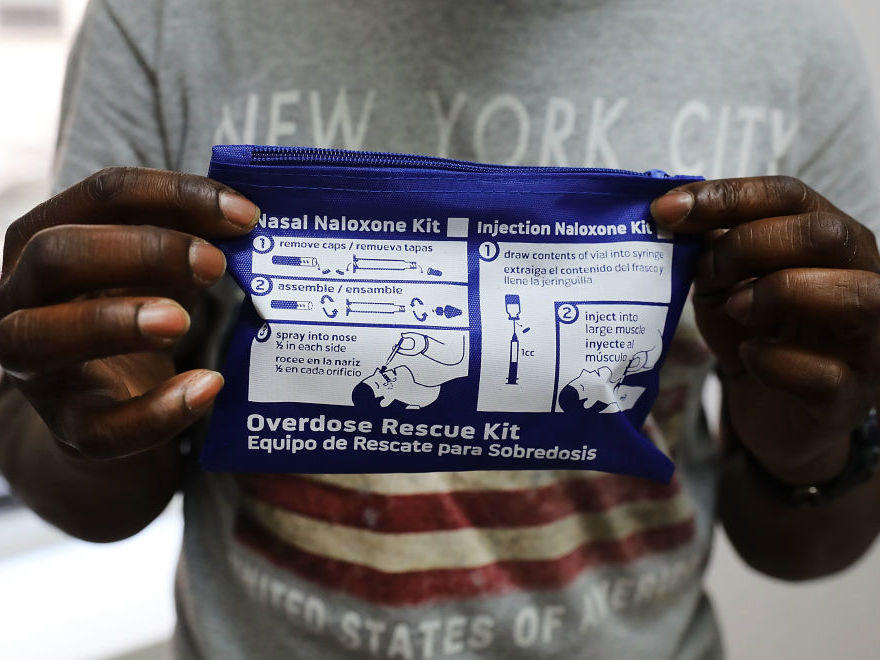 New research shows racial disparities in opioid overdose rates, with the rate of deaths among Black people growing faster than in other groups. The researchers are calling for expanding access to drug treatment and to education on how to prevent overdoses using the antidote drug, naloxone.

A study published Thursday reveals a growing racial disparity in opioid overdose death rates. Deaths among African Americans are growing faster than among whites across the country. The study authors call for an "antiracist public health approach" to address the crisis in Black communities.

The study, conducted in partnership with the National Institute on Drug Abuse at the National Institutes of Health, analyzed overdose data and death certificates from four states: Kentucky, Ohio, Massachusetts and New York. It found that the rate of opioid deaths among Black people increased by 38% from 2018 to 2019, while rates for other racial and ethnic groups did not rise.

In the earlier waves of the opioid crisis, African Americans had lower rates of overdose deaths than whites, according to another study published last year in the journal Addiction, and Black rates stayed level from 1999 through 2012. However by 2013, white rates began to level off while Black rates began increasing.

The new study from NIDA confirms the trend.

Dr. Edwin Chapman, an internal medicine and addiction medicine specialist who serves the African American community in Washington, D.C., says the study is helpful because it shows the serious impact of opioid addiction on Black Americans.

"It points out the fact that we have to do something different, a more intensive intervention in the African-American community," he says.

What's behind the disparity

The shift raises a number of pressing questions about what's driving the growing gap in addiction treatment and prevention and how to close it.

The opioid crisis took off with heavy prescribing of opioid painkillers, primarily in white communities in the 1990s. Volkow says the crisis initially affected white Americans more because they are much more likely to be prescribed opioids than Black people.

"That, in part, reflects on stigmatization against Black people that even if they have pain, physicians are not going to be as receptive to prescribing them opioids," says Volkow.

Structural differences in health care are to blame for racial disparities in addiction treatment as well, says Volkow. These include access to effective evidence-based treatments.

The rise of fentanyl, a powerful synthetic opioid that is often laced in heroin, has also affected rates of overdose among Blacks, she says. The main driver of overdose deaths has changed "from prescription opioids then to heroin and now to fentanyl."

Overdose deaths in Black communities are largely caused by fentanyl.

Other factors are at play in these death rates as well, Volkow says. She acknowledges that the federal government and health care systems such as hospitals, community clinics and family doctors need to put in place mechanisms to collect better data. Currently, many physicians don't screen for opioid use disorder, Volkow says.

This data, she says, could "give us a better perspective of the nature of the problem and to help or guide clinicians on interventions."

In the study, the authors noted that in there are also disparities in access to the antidote drug, naloxone, and in training for how to use it to save a life.

"It's inner city communities that have been most affected by addiction, where the problem was neglected for four decades," says Dr. Andrew Kolodny, the medical director for opioid policy research at Brandeis University's Heller School for Social Policy and Management. "It wasn't really until we saw a drug crisis affecting white communities that we started to see the resources from Congress."

He says it's important that addiction resources be directed to the communities that need them the most.

"One of the problems here is that we have terrible surveillance of the opioid crisis," Kolodny says. He notes that nationally, data tracking of drug addiction has been patchwork, with some federal agencies focusing on overdose deaths exclusively, others on treatment and others on research. "Surveillance fell through the cracks here," he says.

For COVID-19, the U.S. tracks cases, deaths and hospitalizations at the county level and generally on a daily basis, says Kolodny. "But for the opioid crisis, we don't have a good estimate of how many Americans are opioid-addicted or the communities that are most impacted or incidence rates. We don't know how many people are becoming newly addicted to opioids," says Kolodny. "We are still in the dark ages."

"Opiate addiction is a disease that's preventable and treatable, and you need a public health response that would be similar to even a communicable disease outbreak like COVID."

He says in addition to overdose data by race, the U.S. should track demographics like gender and age and whether those affected live in rural or urban areas. "We need data we can act on. And that's not here," says Kolodny, referring to the new NIDA study, calling it "much too little, much too late."

Addiction specialist Edwin Chapman has made it his life's work to fight the drug epidemic in the Black community. He says that drug addiction in these communities has always been treated differently. "Whether it's racism or cultural incompetence, we need to correct that," he says.

NPR profiled Dr. Chapman's work in 2018 as the opioid crisis began to surge in urban, Black communities across the country.

Chapman knows too well the problems faced by the African American population when it comes to drug addiction and treatment, "beginning with the fact that our epidemic was ignored for the most part, followed by insurance barriers and access to treatment," he says.

"Our population was always treated as a moral, criminal problem, which means that the patients that we're treating in the African American community have that added burden," he says.

From his experience in his clinic, he says he has found it is more complex to treat Black patients, because additional resources, such as help navigating the health care system, counseling and help finding housing or a job, are needed.

Chapman says Black communities also have a "provider access problem." He notes that relatively few addiction treatment specialists focus their practice on treating Black patients. "Then there is the stigma within the provider community about treating these patients because they're always perceived as being criminally inclined or not desirable as a patient," he says.

Conversely, Chapman adds, "there's the shame and stigma that the patients carry, so the patients don't seek treatment."

The COVID-19 crisis increased overdose death cases in Washington, D.C., according to the Office of the Chief Medical Examiner. In 2019, which was formerly the highest peak, there were 281 overdose deaths, but 2020 saw around 408, and there have been a total of 157 overdoses this year.

Finding solutions to solve these problems isn't going to be easy, says Chapman. "What we need is what I call a Marshall Plan that is basically a carved-out, taxpayer-funded focus on this subset of high-risk, high-cost patients," he says.

Ignoring the African American population will, in the end, be costlier to the country, he says. It gives him renewed optimism to see new attention on these disparities, and he'll keep treating people and speaking up about how to solve the problem, he says. 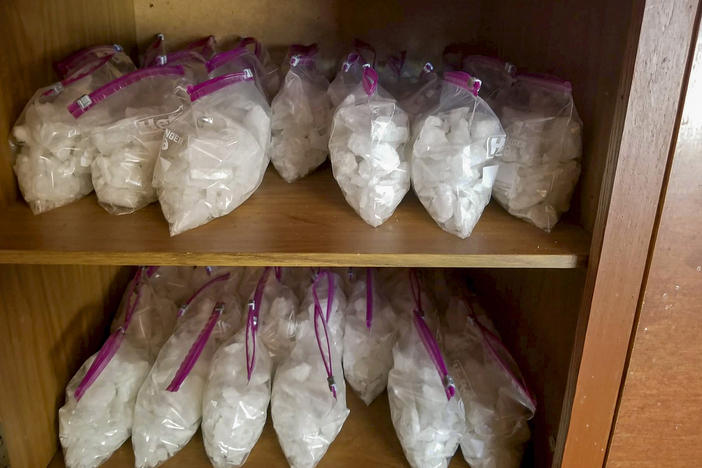 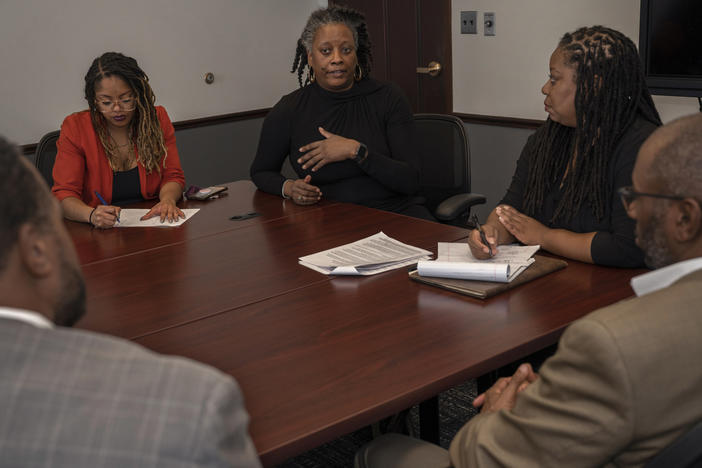 Community leaders saw early in the pandemic that the city's residents of color were being hit hard by COVID-19. They worked with data analysts to show just how hard, where and why. 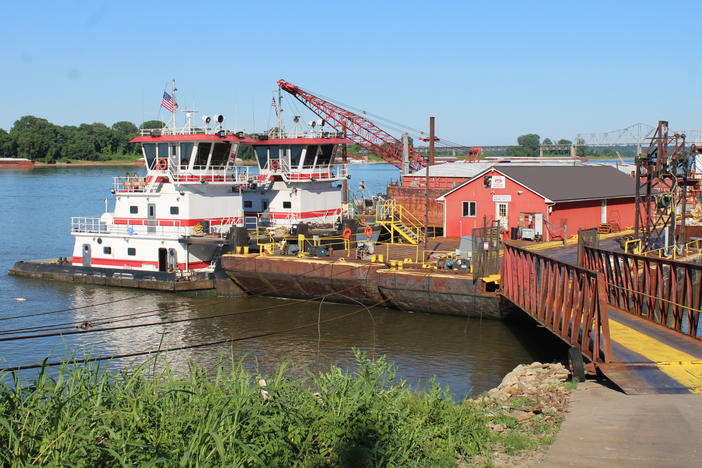