Hospitals Forced To Be More Transparent About Pricing. Will That Save You Money? 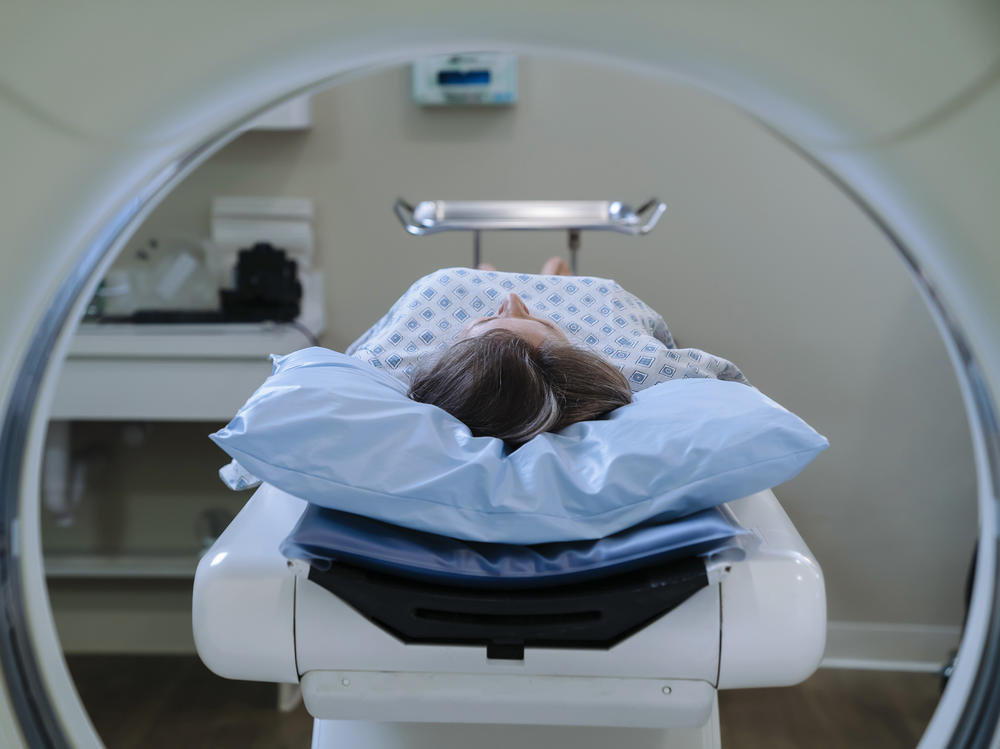 Hospitals must now post on their websites, in a consumer-friendly format, the specific costs for 300 common and "shoppable" services, such as having a baby, getting a joint replacement, having a hernia repaired or undergoing a diagnostic brain scan. / Tetra images RF/Getty Images

Hospitals are facing the new year with new requirements to post price information they have long sought to obscure: the actual prices they negotiate with insurers and the discounts they offer their cash-paying customers.

The move is part of a larger push by the Trump administration to use price transparency to curtail prices and create better-informed consumers. Yet there is disagreement on whether posting the prices for hospital services and procedures will actually achieve that goal.

As of Jan. 1, the facilities must post on their websites prices for every service, drug and supply they provide. Next year, under a separate rule, health insurers must take similar steps. A related effort to force drugmakers to list their prices in advertisements was struck down by the courts.

With the new hospital rule, consumers should be able to see the tremendous variation in prices for the exact same care among hospitals and get an estimate of what they will be charged for care — before they seek it.

The new data requirements go well beyond the previous rule of requiring hospitals to post their "chargemasters" — the hospital-generated list prices that bear little relation to what it costs a hospital to provide care. Also, few consumers or insurers actually pay those listed prices.

Instead, under the new rule put forward by the Trump administration, "these are the real prices in health care," says Cynthia Fisher, founder and chairman of Patient Rights Advocate, a group that promotes price transparency.

Here's what consumers should know:

How will this work?

Each hospital must post publicly online — and in a machine-readable format that is easy to process by computers — several prices for every item and service they provide: gross charges; the actual, and most likely far lower, prices they've negotiated with insurers, including de-identified minimum and maximum negotiated charges; and the cash price they offer patients who are uninsured or not using their insurance.

In addition, each hospital must also post, in a "consumer-friendly format," the specific costs for 300 common and "shoppable" services, such as having a baby, getting a joint replacement, having a hernia repaired or undergoing a diagnostic brain scan.

Those 300 bundles of procedures and services must total all costs involved — from the hardware used to the operating room time, to drugs given and the fees of hospital-employed physicians — so patients won't have to attempt the nearly impossible job of figuring it out themselves.

Hospitals can mostly select which services fall into this category, although the federal government has dictated 70 that must be listed — including certain surgeries, diagnostic tests, imaging scans, new patient visits and psychotherapy sessions.

Will prices be exact?

No. At best, these are ballpark figures.

Other factors influence consumers' costs, like the type of insurance plan a patient has, the size and remaining amount of the annual deductible on their health plan, and the complexity of their medical problem.

An estimate on a surgery, for example, might prove inexact. If all goes as expected, the price quoted likely will be close. But unexpected complications could arise, adding to the cost.

"You'll get the average price, but you are not average," says Gerard Anderson, a professor of health policy and management at the Johns Hopkins Bloomberg School of Public Health who studies hospital pricing.

Tools to help consumers determine in advance the amount of deductible they'll owe are already available from many insurers. And experts expect the additional information being made available this month will prompt entrepreneurs to create their own apps or services to help consumers analyze the price data.

For now, though, the hospital requirements are a worthy start, say specialists in U.S. health care costs.

"It's very good news for consumers," said George Nation, a professor of law and business at Lehigh University who studies hospital pricing. "Individuals will be able to get price information, although how much they are going to use it will remain to be seen."

Who else will use this information?

Zack Cooper, an associate professor of public health and economics at Yale, doubts that the data alone will make much of a difference for most consumers.

"It's not likely that my neighbor — or me, for that matter — will go on and look at prices and, therefore, dramatically change decisions about where to get care," Cooper says.

Some cost information is already made available by insurers to their enrollees, particularly out-of-pocket costs for elective services, "but most people don't consult it," he says.

That could be because many consumers carry types of insurance in which they pay flat-dollar copayments for such things as doctor visits, drugs or hospital stays — payments that have no correlation to the underlying charges.

Still, the information may be of great interest to the uninsured and to the increasing number of Americans with high-deductible plans, in which they are responsible for hundreds or even thousands of dollars in costs annually before the insurer begins picking up the bulk of the cost.

For them, the negotiated rate and cash discount information may prove more useful, Nation says.

"If I have a $10,000 deductible plan and it's December and I'm not close to meeting that, I may go to a hospital and try to get the cash price," Nation says.

Employers, however, may have a keen interest in the new data, says James Gelfand, senior vice president at the ERISA Industry Committee, which lobbies on behalf of large employers that offer health insurance to their workers. Employers will want to know how much they are paying each hospital compared with others in the area and how well their insurers stack up in negotiating rates, Gelfand says.

For some employers, he says, it could be eye-opening to see how hospitals cross-subsidize by charging exorbitant amounts for some things and minimal amounts for others.

"The rule puts that all into the light," says Gelfand. "When an employer sees these ridiculous prices, for the first time they will have the ability to say no." That could mean rejecting specific prices or the hospital entirely.

Typically, employers can't or won't limit workers' choices by outright cutting a hospital from an insurance network. More likely, they may use the information to create financial incentives to use the lowest-cost facilities, says Anderson at Johns Hopkins.

"If I'm an employer," he says, "I'll look at three hospitals in my area and say, 'I'll pay the price for the lowest one. If you want to go to one of the other two, you can pay the difference.' "

Revealing actual negotiated prices, as this rule requires, may push the more expensive hospitals in an area to reduce prices in their future bargaining talks with insurers or employers, potentially lowering health spending in those regions.

It could also go the other way, with lower-cost hospitals demanding a raise, driving up spending.

Bottom line: Price transparency can help, but the market power of the various players might matter more.

In some places, where there may be one dominant hospital, even employers "who know they are getting ripped off" may not feel they can cut out a big, brand-name facility from their networks, no matter the price, Anderson says.

Is the rule change a done deal?

The hospital industry went to court, arguing that parts of the rule go too far, violating their First Amendment rights and also unfairly forcing hospitals to disclose trade secrets. That information, the industry says, can then be used against them in negotiations with insurers and employers.

In a written statement last week, the American Hospital Association's general counsel cited "disappointment" with the ruling, and said the organization is "reviewing the decision carefully to determine next steps."

Apart from the litigation, the AHA says it plans to talk with the incoming Biden administration "to try to persuade them there are some elements to this rule and the insurer rule that are tricky," says Tom Nickels, an executive vice president of the trade group. "We want to be of help to consumers, but is it really in people's best interest to provide privately negotiated rates?"

Fisher thinks so: "Hospitals are fighting this because they want to keep their negotiated deals with insurers secret," she says. "What these rules do is give the American consumer the power of being informed."

Kaiser Health News is a nonprofit, editorially independent program of the Kaiser Family Foundation and is not affiliated with Kaiser Permanente. 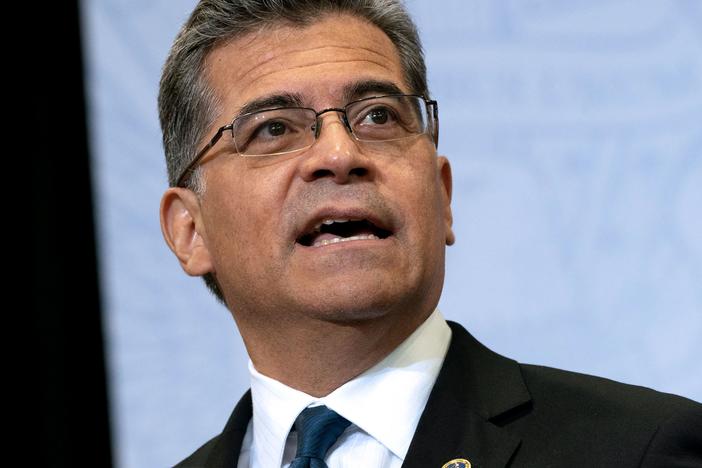 Health and Human Services Secretary Xavier Becerra says health providers who have exploited a complicated system to charge exorbitant rates will have to bear their share of the cost — or close. 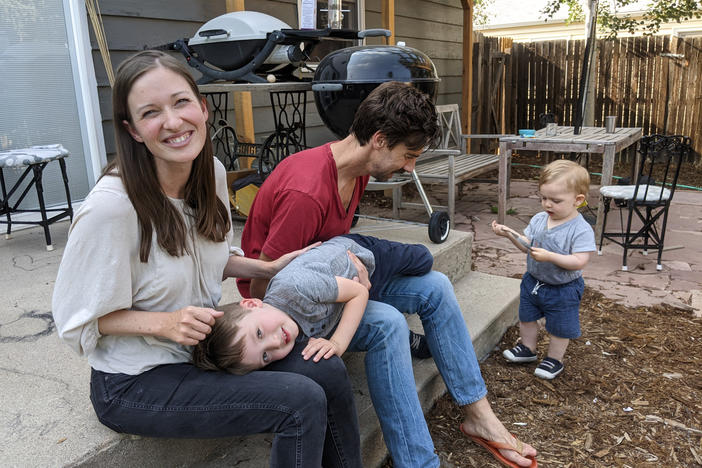 Obstetrical emergency departments are a new aspect of some hospitals that can inflate medical bills for even the easiest, healthiest births. Just ask baby Gus' parents about their $2,755 ER charge. 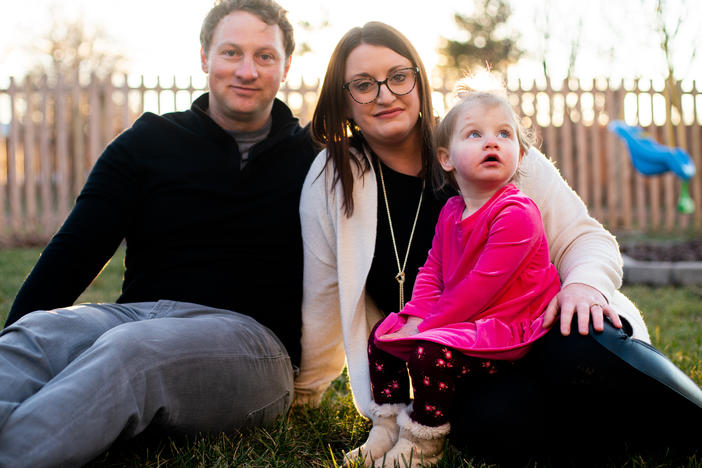