President Biden is only the second Catholic president of the United States. He's also a supporter of abortion rights, a position at odds with official teachings of the Roman Catholic Church. During the first White House press briefing of the Biden administration, a reporter from a Catholic network asked Press Secretary Jen Psaki about Biden's abortion policies.

JEN PSAKI: I will just take the opportunity to remind all of you that he is a devout Catholic and somebody who attends church regularly. He started his day attending church with his family this morning.

MARJORIE DANNENFELSER: It's a negative example of a deep and important moral issue that is being debated in this country.

MCCAMMON: Dannenfelser is president of the Susan B. Anthony List, which has worked for years to help confirm conservative Supreme Court justices. She's particularly disturbed by Biden's embrace of a broader push among Democrats to repeal the Hyde Amendment, which prohibits federal funding for most abortions, a position he took in 2019 while running for the Democratic presidential nomination after decades of supporting Hyde.

DANNENFELSER: The church itself has not changed in its view ever of the dignity of human life and the need for its protection. He can't bring the Catholic Church along with him because of his political needs.

MCCAMMON: But for those who like to see the church take a more permissive stance on issues, including abortion, Biden's election is an opportunity. Jamie Manson is president of Catholics for Choice.

JAMIE MANSON: There are many issues in which Catholics are dissenting from the bishops and seeing that these are complex moral issues, whether it's same-sex marriage, whether it's contraception or whether it's abortion.

MCCAMMON: Polling suggests a majority of American Catholics support abortion rights in most or all cases. And most Catholic women say they've used contraception, which the church also opposes. With a conservative Supreme Court majority and Biden in the White House, Manson predicts continued battles over issues including conscience exemptions - for example, for pharmacists who object to dispensing the morning after pill or employers who oppose including contraceptive coverage in their health plans.

MCCAMMON: Conservative Catholics, meanwhile, worry Biden will roll back Trump administration policies that they've seen as victories for religious liberty. Already, the administration has said Biden is preparing to reverse the Mexico City policy, which prohibits U.S. funding for organizations that perform or refer patients for abortion in other countries. But a study in the journal The Lancet found that the policy actually increased the abortion rate in some countries, most likely because it also reduced access to contraception.

NATALIA IMPERATORI-LEE: So I think that Biden, from a policy perspective, is going to do things that end up reducing the number of abortions.

MCCAMMON: However divided the rank and file, the church's position remains the same. On Inauguration Day, the U.S. Conference of Catholic Bishops released a statement praising Biden's piety but expressing deep concern about several of his positions, including his support for abortion rights. 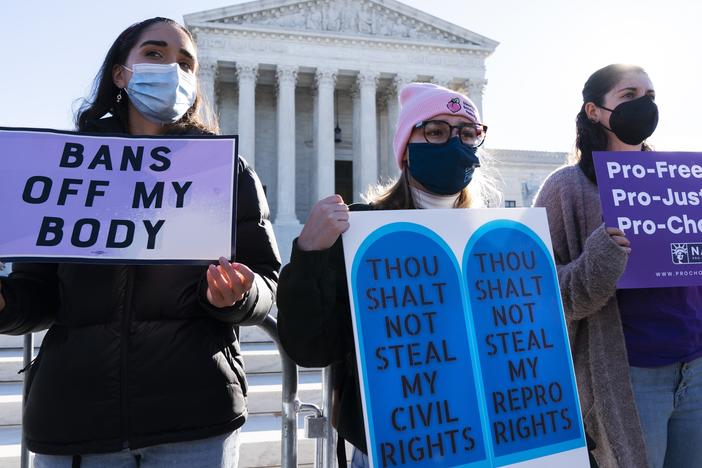 Debates about abortion often center around the issue of when life begins. Some religions say it's at conception. Another says it's with the baby's first breath. 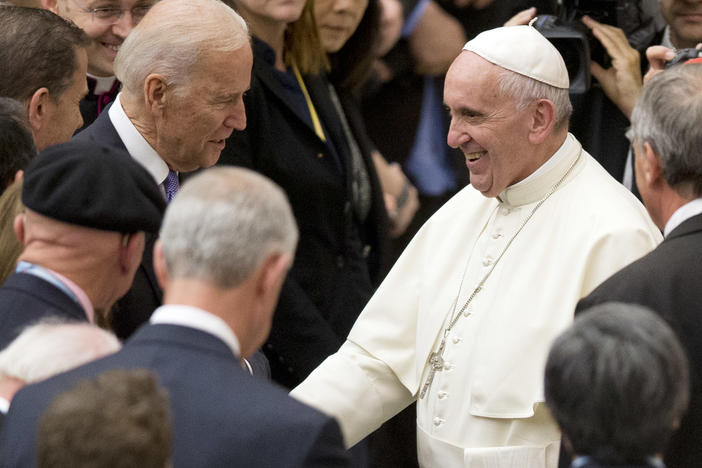 In Pope Francis, Biden Has A Potential Ally — Who Shares The Same Catholic Detractors

The pope and the president share liberal stances on climate change and economic disparity. A theology scholar argues U.S. Catholic Church leadership is increasingly allied with the political right. 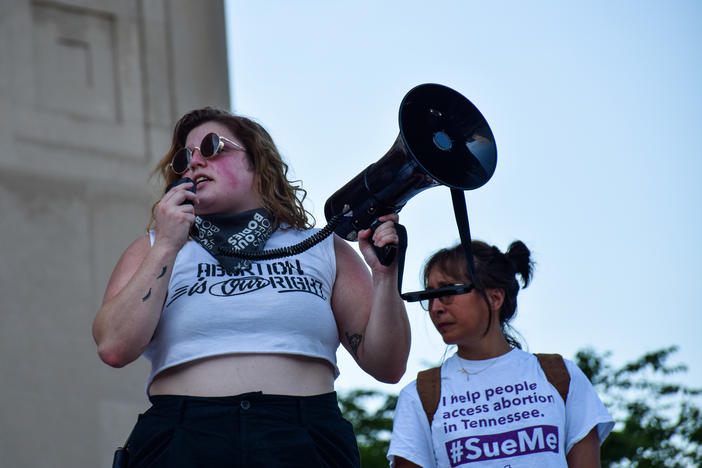 Reproductive rights proponents worry about the risk of counseling those who seek medication abortions, though they've published online support techniques and guides for safe use of the drugs.