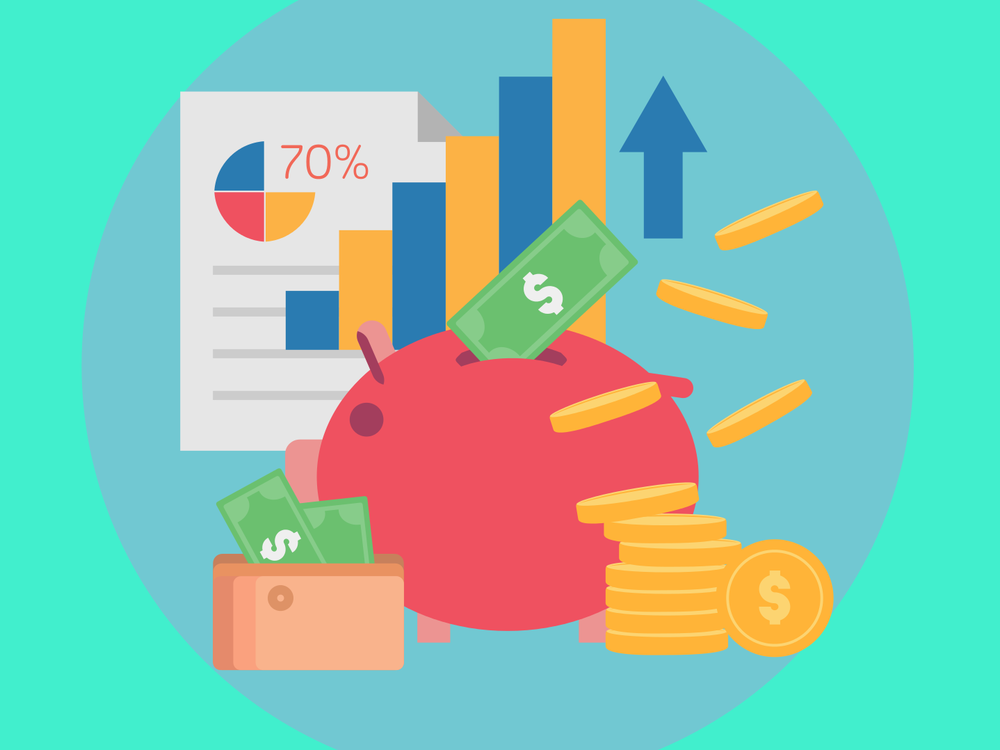 In the early 1930s, the US Senate enlisted a young economist named Simon Kuznets to figure out how badly the economy had been ravaged by the Great Depression, and whether policies were doing much to fix it. Back then, the government did not monitor the economy in a rigorous way. In fact, for a long time, the very concept of a single, nationwide entity known as "the economy" was alien to people, at least in the modern sense (for more on this, stay tuned for a Planet Money "Summer School" episode out on July 20).

After a lot of pretty boring work, sifting through papers and compiling statistics, Kuznets and his team delivered their report to Congress in 1934. It was titled, "National Income, 1929-1932," and it provided the federal government with the first comprehensive accounting system to measure the economy. The report introduced America to a new concept: that you can size up the nation's entire economy with a single number. Back then, Kuznets called it "national income," but it was a forerunner to a concept that today we call GDP (short for Gross Domestic Product).

The idea of using a single number to measure the size of the economy was an immediate sensation. All of a sudden, the country had a more scientific way to estimate economic growth, to judge leaders and policies on their economic performance, and to decide whether they should change course. The number was adopted by basically every nation on earth. To this day, the number moves markets, helps countries prove their ability to repay loans and assess their capability to fight wars, and shapes the policies of governments and central banks. Kuznets ended up winning a Nobel Prize in part for helping to create it.

But in the very report to Congress in which Kuznets pioneered the measurement of GDP, he also cautioned against putting too much stock in it. "The valuable capacity of the human mind to simplify a complex situation in a compact characterization becomes dangerous when not controlled," Kuznets cautioned in the report.

Kuznets was particularly concerned that this single metric, which only estimates the size of the economy, could overshadow the inequality found within the economy. "Economic welfare cannot be adequately measured unless the personal distribution of income is known," Kuznets wrote. Nonetheless, to the chagrin of a long line of economists, this single number continues to dominate the conversation.

Nearly a century after Kuznets pioneered the use of GDP, economists Thomas Blanchet, Emmanuel Saez, and Gabriel Zucman are trying to revolutionize it. In a new paper titled "Real-Time Inequality," the economists imagine a new kind of GDP, one that isn't merely a single number telling us about total economic growth, but a collection of numbers telling us where the gains from this growth are flowing. They already have a working prototype that they've published online, and it can provide some important insights about our economy right now.

Gabriel Zucman is an economist at UC Berkeley who has been working to transform government economic statistics — also called "national accounts" — for almost a decade. He says the national accounts offer the public valuable insights about economic growth. However, Zucman says, "The big problem is these data do not tell you who is benefiting from economic growth."

America, of course, already has tons of data on inequality. The problem, Zucman says, is it usually takes a year or two for this data to be updated. "It's not enough to come in two years after the policy battle, and say, 'Look, this is what happened to inequality,'" Zucman says. "That's too late."

Their new project is an effort to fix this. Cobbling together data from a variety of official sources, Zucman and his colleagues have pioneered a method to compute in a more timely fashion how different income groups — like the working class and the middle class — are doing economically. They hope this prototype will inspire the federal government to follow suit and soon "produce numbers about how income is growing for each social group at the exact time when the Bureau of Economic Analysis releases its official GDP growth numbers."

[Editor's note: This is an excerpt of Planet Money's newsletter. You can sign up here.]

Zucman envisions a future where this data could inform and shape policy decisions. When considering policies like sending stimulus checks or providing tax relief, Zucman says, policymakers and voters need to know things like "which groups need more support, or whether the government may be actually overshooting, which might lead to inflation."

The Great Recession vs The Pandemic Recession

To test their new "Real-Time Inequality" tool, Zucman and his colleagues look back at economic history, and use it to see how different income groups fared in past recessions and recoveries.

After the Great Recession began back in 2007, Zucman says, it took four years for GDP to recover back to its pre-crisis period. "But it took ten years for the bottom 50 percent of the income distribution — half of the population — to recover and get to its pre-Great Recession level. So you had a massive disconnect between how GDP was growing and how income was growing for most of the population."

Compare that to the pandemic recession and recovery. It took 20 months for the bottom 50 percent to recover to their pre-crisis income level. That was about twice as long as it took for the top 50 percent to recover. However, over the last year or so, it's been the poorer half of America that — for once — has been improving their (relatively meager) position, with surging incomes that have helped push them closer to richer Americans.

Benefiting from a tight labor market and generous government benefits, the bottom 50 percent had a disposable income that was 20 percent higher in 2021 compared to 2019. It was completely unprecedented. Pandemic-era government benefits were rolled back in 2022, knocking incomes back down, but the poorer half of America has continued to see incomes grow faster than the top half of America, due to a super-tight labor market (and perhaps, to some extent, richer workers leaning away from pressing for wage increases in order to preserve their ability to work remotely).

According to Zucman's Real-Time Inequality tool, in the first quarter of 2022, the bottom 50 percent of income earners saw a 5.1% gain in their real incomes (after accounting for inflation). The middle 40 percent of earners saw only a 1.6% increase. Meanwhile, the top ten percent and one percent saw declines of 1.4% and 3.1%, respectively (largely because of the crash in the stock market and other asset markets, where the rich disproportionately invest their money).

Inequality, in other words, has been shrinking. It's an extraordinary change from the past 40 years, where the bottom has seen very little income growth and the top has seen massive gains.

As a sort of proof of concept for the political value of their tool, the White House jumped on the chance to highlight the gains for working class Americans when Zucman and his team first released their inequality-focused GDP prototype earlier this year.

But there's also the other side of the coin of wage surges for low-income Americans. Evidence suggests it's one reason why inflation has been surging: in a tight labor market, businesses have been forced to pay low-wage workers more, and they've been raising their prices to cover growing labor costs (in addition to energy costs and other surging costs). Macroeconomic theory has long posited that there's a tradeoff between inflation and a super-tight, wage-surging labor market.

"Like everybody, I dislike inflation," Zucman says. "But, look, if it's the price to pay for gains for groups that have been excluded from growth, let's discuss. I think the tool that we're trying to develop is precisely what will make it possible to have an informed debate about these sort of trade offs."

It's pretty darn clear, though, where the wind is blowing. The Federal Reserve is now raising interest rates, which will likely end the bonanza for low-income workers.

Interestingly, Simon Kuznets isn't only famous for pioneering GDP. He's also famous for the "Kuznets curve." It's an idea — informed by data Kuznets observed back in the 1950s — that as countries develop, inequality first increases, but then it peaks and begins to plummet. Despite the gains for working class Americans seen in recent months, if the past 40 years of American economic history are any indication, that's a pipe dream. 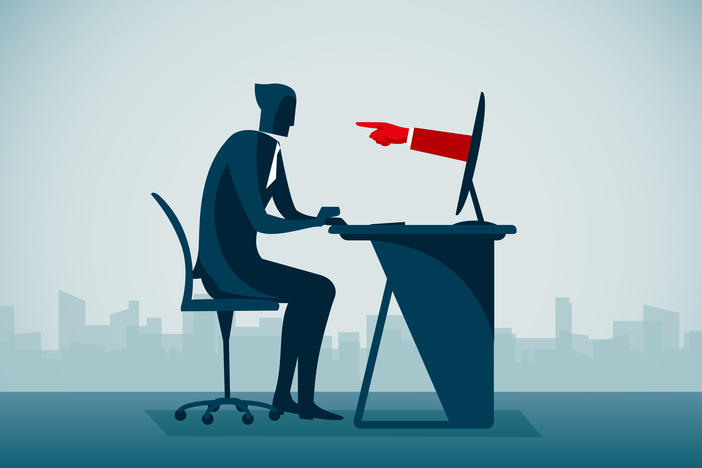 Why your bad boss will probably lose the remote-work wars

Since 2020, office workers have waged an epic battle to work remotely. They're mostly winning. 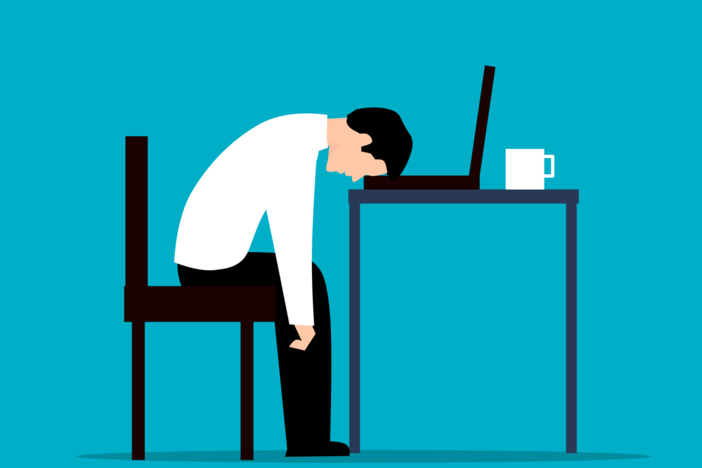 Is "quiet quitting" about being lazy or setting healthy boundaries? Is it even real? We dig into the data and ask workers themselves about what it means to them. 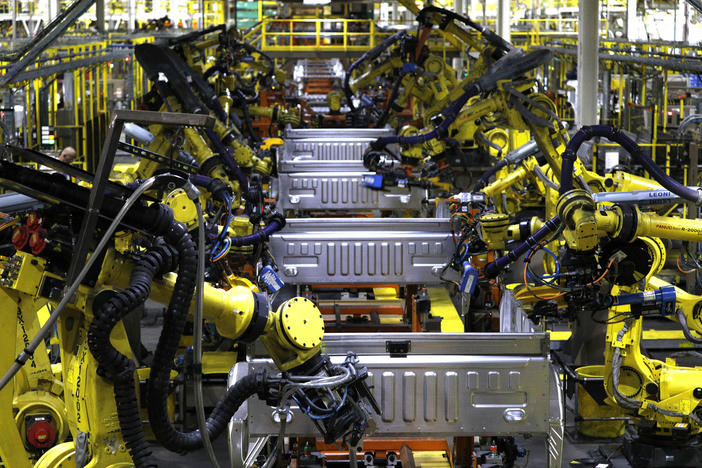 A New Way To Understand Automation

We speak with one of the leading scholars of automation about its evolving impacts on society.