How 'The Pet Revolution' Unleashed A New Top Dog In America 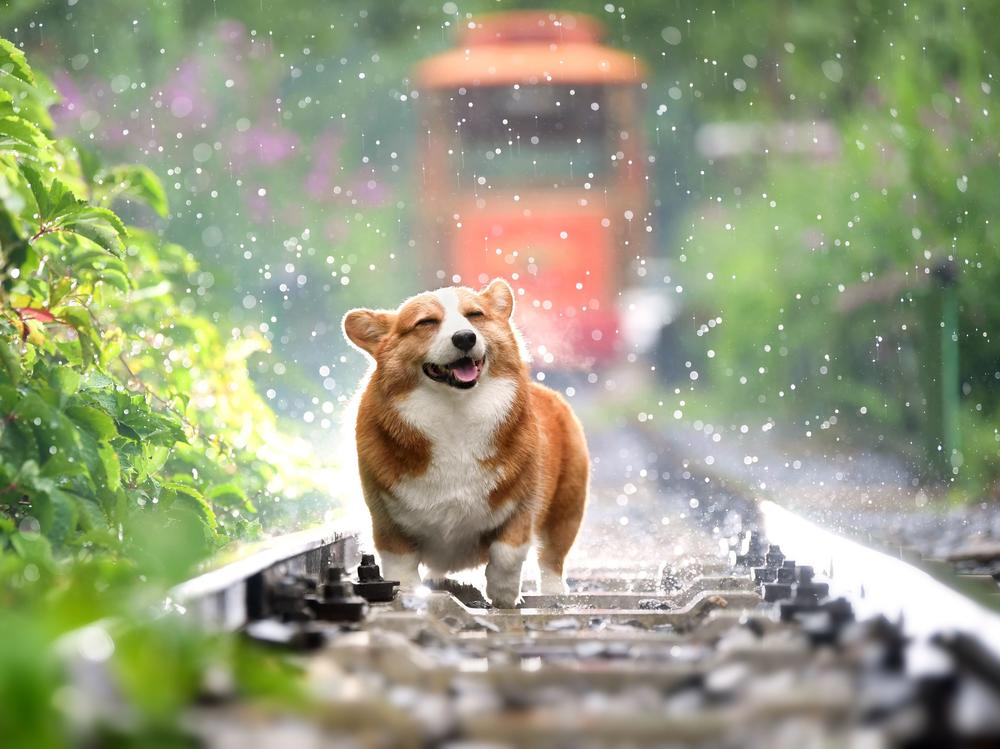 If you're in the market for gourmet dog food these days, there are a lot of options for your pooch. I mean, if you've got bills to pay, you could buy a 20-pound bag of chicken flavor Pedigree kibble for $12. But Open Farm Pet offers a similar size bag of "Wild-Caught Salmon & Ancient Grains Dry Dog Food" for $72. Not only does it have wild salmon, it's got steel-cut oats, quinoa, chia seeds and "superfoods like coconut oil, pumpkin and turmeric."

Stella & Chewy's offers a 22-pound bag blend of raw lamb, beef, and venison kibble for $86 and an 8-pound box of "Grass-Fed Lamb Stew" for $70. The stew is "100% human grade," which is perfect for the discerning carnivorous canine. But if your dog is the ethical type, he or she can chow down on Wild Earth's vegan dog food. An 18-pound, meatless bag costs $70 and is chock full of plant protein and "irresistible umami flavor."

Dogs have come a long way since the days when they were put to work on farms and fed scraps. They've even come a long way since just a few decades ago when they spent their nights in the doghouse. Dogs now sleep inside on orthopedic beds. They get top-notch healthcare and visits to psychiatrists who prescribe them antidepressants. They see acupuncturists and psychics. They get massages and spa days. They wear sweaters.

Dogs are also much less likely to be killed these days. During the 1990s, more than 10 million dogs were euthanized in America every year. Euthanasia has fallen dramatically, to about 670,000 dogs per year, according to the American Society for the Prevention of Cruelty to Animals (ASPCA). The overwhelming majority of shelter dogs are now adopted rather than snuffed out.

The comedian Jerry Seinfeld once suggested that if aliens were watching us with telescopes and saw our interactions with dogs, they might think dogs were the leaders: "If you see two life forms — one of them is making a poop and the other is carrying it for him — who would you assume is in charge?"

All of which raises the question: How did canines go from underdogs living bleak lives in backyards and shelters to our pampered little overlords?

The revolution will not be muzzled

A new book, Pet Nation, tries to answer that question. It's written by Mark Cushing, the founder and CEO of Animal Policy Group, an advocacy organization for pets. Cushing argues America has witnessed nothing short of a pet revolution. It "could be the first revolution in history in which the oppressors voluntarily stepped aside for the oppressed," he writes.

"Every element of pet culture has changed: from food to boarding, medicine, play, shelters, sleeping, training, travel, surveillance, getting lost, getting found, to the number of pets in the United States, now more dogs and cats than Americans ever imagined was possible," Cushing writes. It's a change that now supports around 1.3 million American jobs, from pet food tester to adoption counselor to veterinary oncologist.

Cushing traces the revolution back to 1998. The American Pet Products Association says between 1998 and 2018, the annual amount that Americans spent on their pets ballooned from $23 billion to $90.5 billion (in inflation-adjusted terms). That's an astounding 293% increase. With the pandemic, pet spending rocketed even higher. Last year, Americans spent a record $103.6 billion on their furry friends (as well as non-furry reptiles, birds, and fish).

[Editor's note: This is an excerpt of Planet Money's newsletter. You can sign up here.]

By far the most popular pet in America is a dog. Around 54% of American households now have at least one. From 1975 to 1998, Cushing says, the number of dogs in America remained pretty flat at around 62 million. Then the pooch population jumped over a very big fence, reaching over 90 million today, far exceeding population growth of American humans.

Who let the dogs out?

Cushing gives no single reason for why 1998 seems to be a pivotal year in the pet business. And, we should say, he's not a social scientist, and he gives a pack of pretty anecdotal explanations for it. One is the rise in the divorce rate and a decline in the birth rate in recent decades. "As the human birth rate declines, people transfer the mothering and fathering tendency to pets," he writes. While America has indeed seen a big change in family structures since World War II, 1998 doesn't appear to be a pivotal year for that.

Cushing also credits media companies like Disney, which anthropomorphized animals and got us to slowly think of them as more deserving of love and affection — but again, 1998 doesn't seem to be a pivotal year for that either.

Dogonomics might have changed because the upper strata of America have gotten much richer since the 1990s. As they do with craft beer, fancy restaurants, and gadgets and gear, this group splurges on raw free-range chicken and sweet potato kibble for their dogs. But Cushing stresses the pet revolution can be seen in both rich and poor households.

Cushing's most interesting argument for why 1998 seems to be a pivotal year has to do with the rise of the Internet. There's the obvious ways it's made it easier to find dogs, matching faraway breeders and shelters with wannabe dog owners. More interesting is Cushing's contention that pets are filling the void created by social decay after technology atomized us, divided us, and sowed social distrust.

The Harvard political scientist Robert Putnam famously documented the decline of "social capital" in his book Bowling Alone. The basic idea is that technology and other societal changes have caused a decline in civic institutions and social participation in communities. As a result, we've become more lonely and isolated and less likely to trust one another.

Cushing, whom you might call a pet idealist, believes that pets, and especially dogs, have come to the rescue, like Lassie saving us from the bottom of a well. By owning dogs, he writes, "people rediscovered the sidewalk, then their neighborhood, then city parks filled with dog runs, leading them to a long-lost world called 'my community' that had vanished from many cities and towns as people burrowed into their computers." He cites a few studies, which find that dog owners tend to be much more engaged in their community.

All that might explain the rise in demand for dogs. At the same time, Cushing argues, society has been too dogged about curbing the supply of dogs needed to meet that demand. Spay-and-neuter campaigns, which originated during a time when shelters were overflowing with dogs, have depleted the number of puppies. So have scattershot campaigns against "puppy mills," or large-scale commercial breeders suspected of malfeasance.

Despite those depressing ads featuring Sarah McLachlan's "Angel," Cushing claims there is now a dog shortage. "There is a deficit of two million dogs per year, and it's growing," he writes. Cushing's estimate is based on a year-long national survey of 1500 American households, which asks them how many dogs they currently have and where they got them from. His estimate is also based on assumptions about how many dogs Americans will want as dogs die and the human population grows.

He sees evidence of the shortage in prices and rates of adoption at shelters. Southern and Midwest states, he says, spay and neuter their dogs at a lower rate, and as a result, we've seen the growth of "canine freedom trains" from shelters there to homes in other parts of the country where there's the most chronic shortage. But, he says, those shelters can't keep up with the demand. And that worries him. "If the demand for dogs continues to exceed the supply, dogs will become a luxury item," he writes.

Cushing wants to find a middle ground in an ongoing war between big breeding operations and advocacy groups, like the Humane Society and the ASPCA, over mass production of puppies. He argues we can allow large-scale commercial breeding while also making sure breeders rear puppies in a safe and healthy environment. He also suggests that maybe we scale back spaying and neutering. But everybody's got a dog in this fight, so the politics are ruff.

I write this next to my girlfriend's 15-year-old dog, Scruffy, as he lies on his orthopedic bed. The revolution is barking in my ear. Just this year, furry revolutionaries won yet another glorious battle — convincing Ben & Jerry's to make ice cream for dogs. I guess we've got to get Scruffy some now. What a lucky mutt. 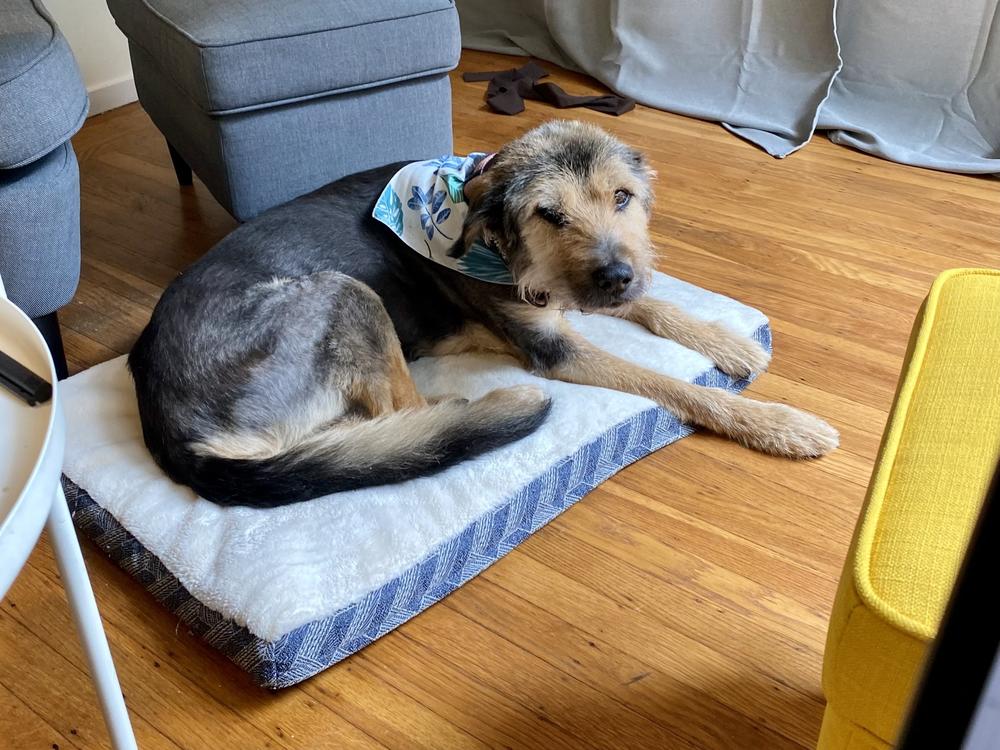 Did you enjoy this newsletter segment? Well, it looks even better in your inbox! You can sign up here. 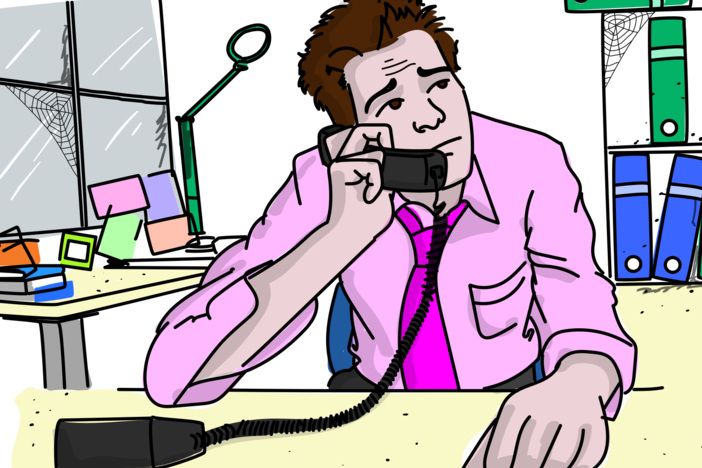 There's A Way You Can Beat The Best Investors. You've Just Got To Know When To Sell

A new study finds finance professionals fail at their jobs in a surprising way. There are lessons for all of us. 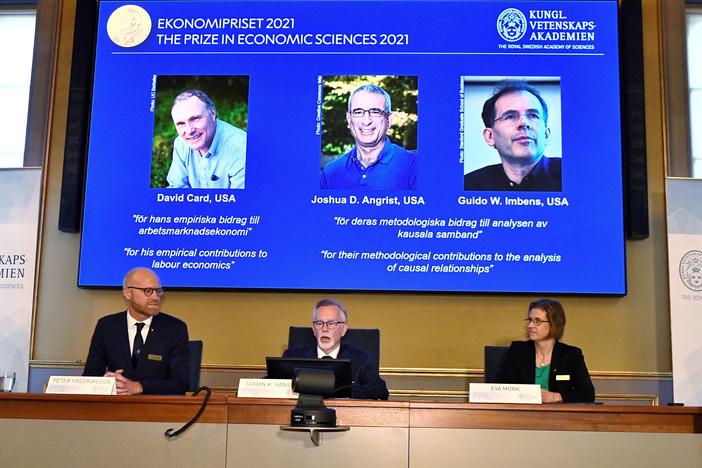 A Nobel Prize for a revolution in economics 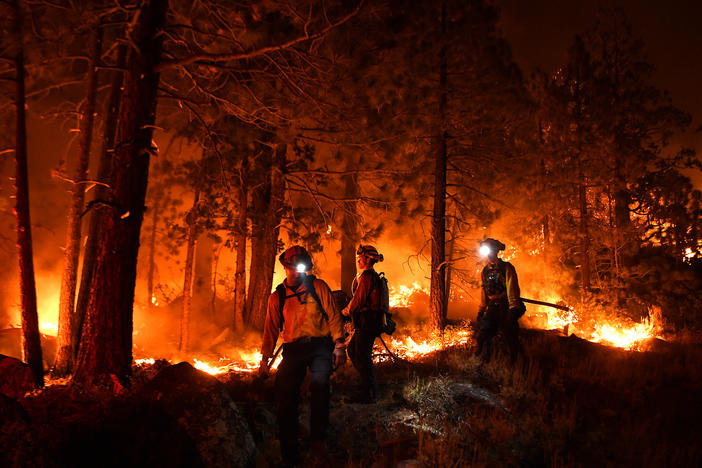 California homes are burning. Why are they still increasing in value in regions prone to fire?