Prosecutors accuse the former officer and others of using excessive force and violating George Floyd's rights. The rare federal charges follow state charges in a trial in which Chauvin was convicted.

Let's look more closely at the civil rights charges against Derrick Shervin. A federal grand jury indicted the former Minneapolis police officer and three other former officers for violating the rights of George Floyd. Chauvin has already been convicted, of course, of murder by a state court. Reporter Riham Feshir is covering the story for Minnesota Public Radio. Good morning.

INSKEEP: So what does the indictment say?

FESHIR: So these types of federal civil rights charges are criminal charges. And they're known as deprivation of rights under the color of law. And what that means is they're alleging that Derek Chauvin and the other officers deprived George Floyd of his civil rights while wearing a uniform, while performing their duties as police officers. And it also said - and there are three counts in the complaint. The first count is against Chauvin alone for his role in pinning Floyd to the ground. The second count alleges that two of the officers, Kueng - J. Alexander Kueng and Tou Thao, failed to intervene to stop Chauvin from using unreasonable force. And the third count applies to all four officers, including Thomas Lane, who had mentioned, you know, turning Floyd over on his side. But he is still named in the indictment, which argues that Floyd had the right not to be deprived of liberty without due process.

FESHIR: Right. Again, these are criminal charges, and they carry pretty harsh sentences. Legal experts tell us that Chauvin could be facing up to life in prison. So it's a significantly longer sentence than what he's facing in state court, which is 12 to 15 years. And I should note that the grand jury has been hearing evidence about this case since last summer, you know, multiple times. We know that from witnesses who testified in the state's case that just ended last month with a conviction against Chauvin of murder and manslaughter.

INSKEEP: Isn't there also in this indictment a mention of a different, much earlier case?

FESHIR: Right. There is a separate indictment that charges Chauvin in connection with another case involving a 14-year-old boy who Chauvin allegedly knelt on for 17 minutes. This is according to body camera footage that prosecutors had cited. Apparently, Chauvin was responding to a domestic assault when he found the teenager in a room and allegedly hit him with a flashlight, grabbed his throat and knelt on him for about 17 minutes.

INSKEEP: Well, let's try to figure out what this would mean potentially for Derek Chauvin. And, of course, we don't know how he would plead on these charges yet, but he's already been convicted of murder. He's already going to be in prison for a very long time. What are the possibilities here for him now?

FESHIR: I mean, he could go to another trial in federal court. Or he could, like you mentioned, reach a plea agreement. We have not heard a response from his attorney. But he did - his attorney did file a request recently to throw out his conviction, which is pretty standard. But he argues that Chauvin didn't receive a fair trial and that the possibility of juror misconduct may have contributed to that.

INSKEEP: OK, so now he faces both state appeal and federal court proceedings of some kind. Minnesota Public Radio's Riham Feshir, thank you very much. 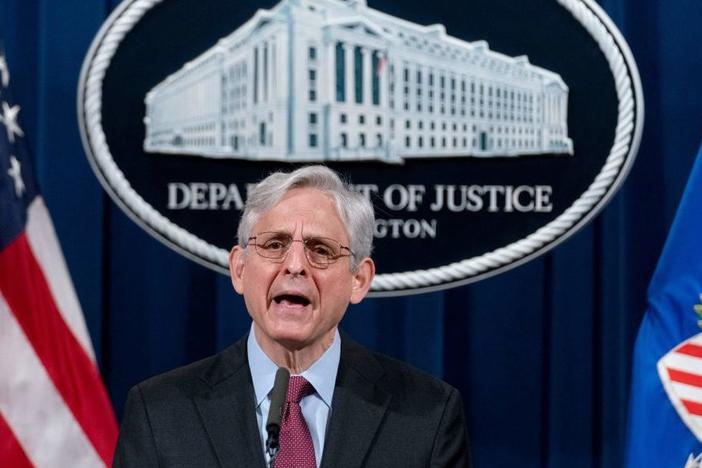 Attorney General Merrick Garland announced the inquiry a day after a jury convicted former officer Derek Chauvin on murder charges in the death of George Floyd. 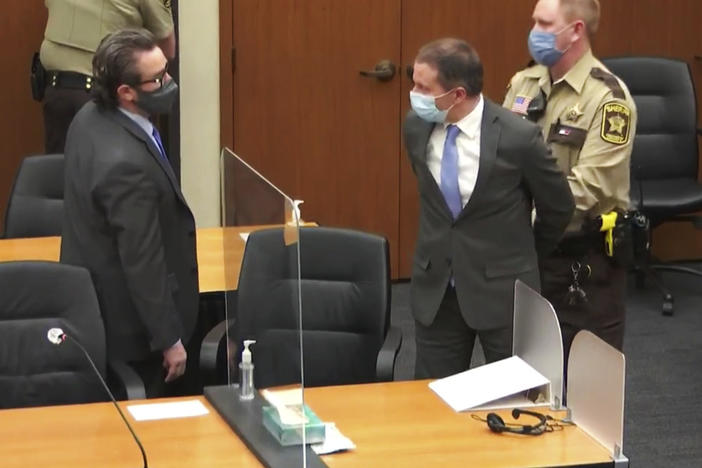 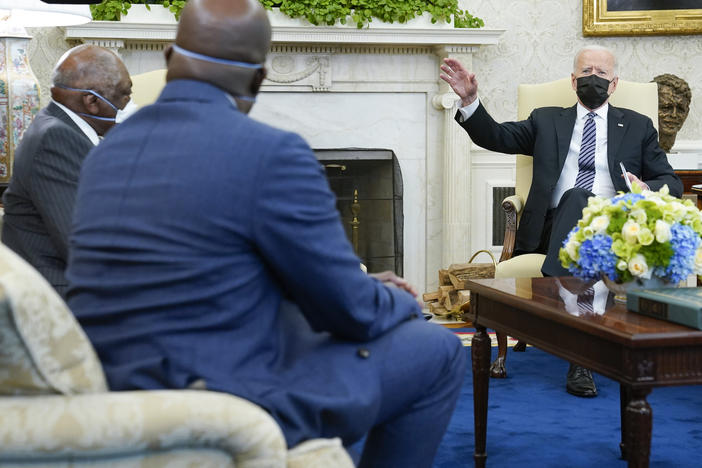 The president prioritizes racial justice while also acting as an ally of law enforcement, and the trial's end could be the first significant flashpoint over race and policing in Biden's presidency.