A Lonely Olympics For Athletes Competing To Be Champions

In Tokyo there is reduced excitement about the Summer Olympics which have been marred by rising coronavirus infections. Many athletes feel muted and isolated as the Games get underway.

In Tokyo, the excitement is not palpable. Residents are worried the Olympics are going to turn into a COVID superspreader event. The city is under a state of emergency, and athletes say it all feels a little lonely. Here's NPR's Leila Fadel.

LEILA FADEL, BYLINE: Emiliano Bosso is a reserve field hockey goalkeeper from Argentina. He's in the hallway of his Tokyo hotel. This is where he's staying, separated from his team in the Olympic Village. It's just him, the reserve goalkeeper for the women's team and a couple Argentinian handball players.

EMILIANO BOSSO: With the COVID, we don't have more interactions between us.

FADEL: They're confined to their rooms when they aren't at practice to limit possible infections. So this is his day.

FADEL: Where do you eat dinner?

BOSSO: I have dinner inside the room.

FADEL: So everything by yourself?

FADEL: Despite the difficulties, the separation from his team, the 25-year-old is ecstatic.

BOSSO: It's the first Olympics. It's fantastic.

FADEL: Are you excited?

FADEL: When we finished chatting, he walks to his room with a Japanese newspaper and a translation app to keep him company for the night. Being an Olympic athlete this summer means little fanfare and lots of isolation. Foreign spectators are banned, and Japanese fans, whose tax dollars largely paid for these Games, can't go to events either, save a few venues outside Tokyo, so athletes will see selfie videos of fans at their competitions and hear recorded sounds of cheers like this.

FADEL: From the first U.S. women's soccer match with Sweden this week, it echoed in a cavernous, empty stadium meant for tens of thousands of cheering supporters. But when the Swedes walked off the field winners, there was silence except for the applause of three team officials holding a Swedish flag. Back at the hotel, in the lobby is a mix of athletes, journalists and team members from different countries passing each other to get to their rooms. Koen de Haan returns from rowing practice on a recent evening. He's a trainer for the men's team from the Netherlands.

KOEN DE HAAN: Really, it's the venue. It's the hotel. And in between, we're in a taxi or the rowers are in the bus. And...

FADEL: So no Tokyo.

FADEL: They're not allowed to walk around, so de Haan observes the city from the window of his taxi. On the daily drive, he's struck by what he doesn't see.

DE HAAN: You don't see any Olympic rings in Tokyo. It's not that the city is, like, celebrating the Olympics. That's a big difference. Like, the guys - the other guys who did more Olympics are saying normally the city's really proud of the Olympics. You see everywhere. You see the flags. You see the Olympic symbol. Like, all the venues have outside really big screens.

FADEL: Polls show the majority of Japanese don't want the Games in the midst of a pandemic. Already, there have been protests, and without spectators...

FADEL: Right now, though, the team is focused on the sport.

DE HAAN: We say maybe it's not the most fun Games, but make it the best Games. 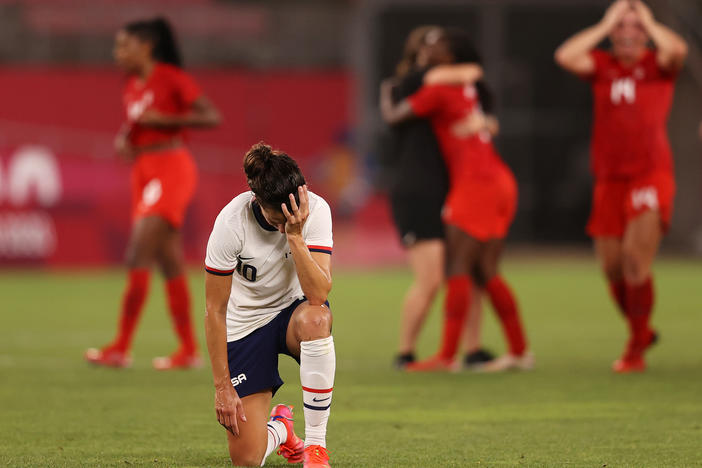 The U.S. Women's Soccer Team Has Lost Its Shot At The Gold Medal

The U.S. players had a 1-0 loss against Canada in the semifinal. They'll take bronze if they win their next game. The U.S. lost its star goalie to an injury in the first half. 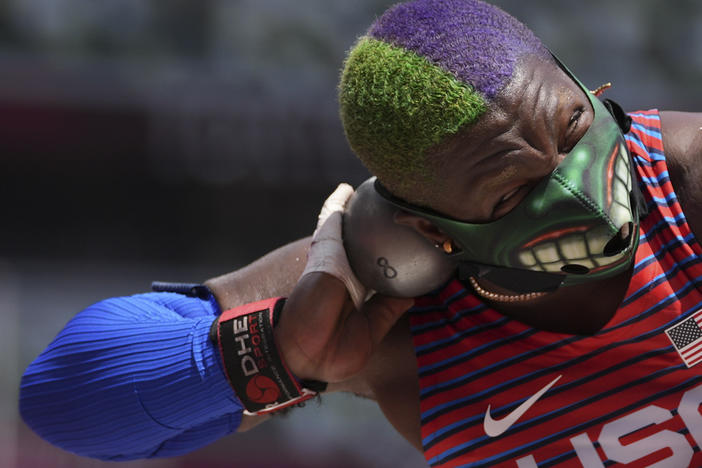 Saunders said she's been open about her mental health struggles so others don't feel alone. It's also why she wears her identities so proudly as a gay Black woman. 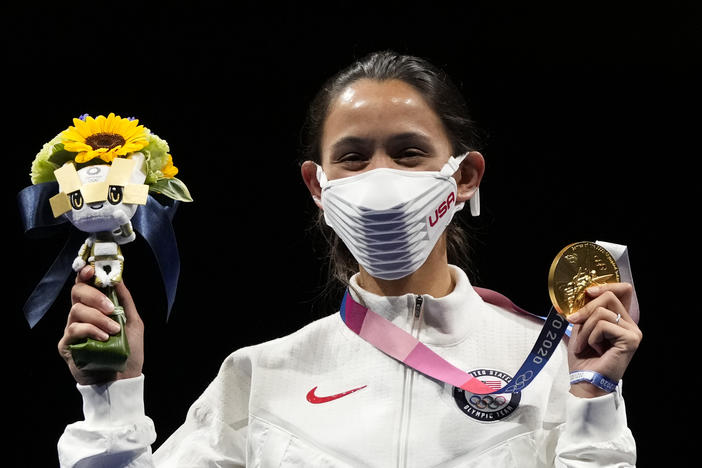 The Flowers For Olympic Medalists Carry Deep Meaning In Japan

The elements of the bouquet carry a deeper story, and they are years in the making. They're meant to symbolize the country rising from the devastating earthquake and tsunami in 2011.