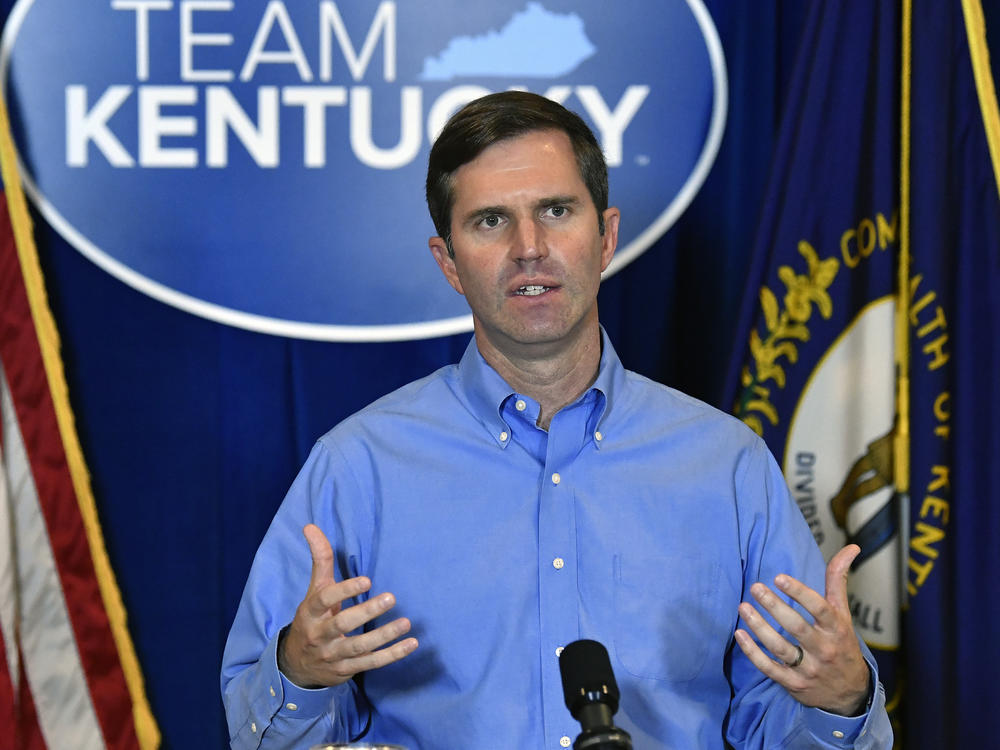 Kentucky Gov. Andy Beshear addresses the media following the return of a grand jury investigation into the death of Breonna Taylor in Frankfort, Ky., on Wednesday. Beshear has made a request to Kentucky Attorney General Daniel Cameron to release the grand jury transcripts to the public. / AP

After a Kentucky grand jury declined to charge any officers with the actual shooting of Breonna Taylor, protesters now want to see the court transcripts that led to this decision — and so does Gov. Andy Beshear, a Democrat who previously served as the state's attorney general.

"What has happened in a very long investigation, and ultimately a grand jury proceeding here, is that people haven't seen the basic facts," Beshear tells NPR's Audie Cornish. "They've been told, for instance, about two ballistics reports. If they've been described to the people, let the people see them and read them."

The call for making the transcripts public comes after nearly 200 days of protests. In the last two days, Louisville police have arrested more than 150 people and two officers have been shot.

But Beshear says the protests have been overwhelmingly peaceful, and characterizes his decision to call in the National Guard as "a limited operation" and "necessary."

"I do hope that people out there know that when I make that deployment it is because I want to make sure that everyone is safe, but that everyone can still express themselves," he says, adding that he hopes the move also will help keep critical infrastructure like hospitals functioning.

Here are excerpts from his interview on All Things Considered, in which Beshear discusses why he's pushing for the release of the transcripts, what change he is demanding and how he is responding to the protests in his state.

How would [seeing the transcripts] change things? After 191 days of protest, is the issue really more about culpability, accountability and what people perceive as justice?

I believe in the specific incident, that people want to see and be able to judge the facts for themselves. Now, obviously, the calls being made in Louisville and around the country are about more than just this individual case. For me, it's important that I start with humility, knowing that I can never feel the frustration of 400 years of slavery, of segregation, of Jim Crow, but that my job as governor can be to listen, to try to hear and then to be committed to making sure that our future is better than our past.

As governor, you're right. I'm limited on what I can do in this specific matter and the actual justice system itself. But what I can do, is be committed to addressing inequalities that exist in just about every part of our society.

But hold on one second, there are rules and regulations around police use of force. Could you not have an influence there if you believe that is necessary?

We are currently talking to both members of our Black legislative caucus, to police and to others, about reforms, about changes, about improvements. I think any time that a tragedy occurs, if we do not change the way we do things in the future, shame on us.

Is there anything in particular you feel supportive of?

We've certainly instituted changes in our officer training that impact most of the state. I believe that we have to look at warrants and no-knock warrants, about when they can be issued and by whom they should be carried out. I think we need to look at the planning of various operations and make sure that no part is ever an afterthought. At the end of the day, someone's life was lost, and we have got to do everything we can in the future to make sure something like that never happens again. 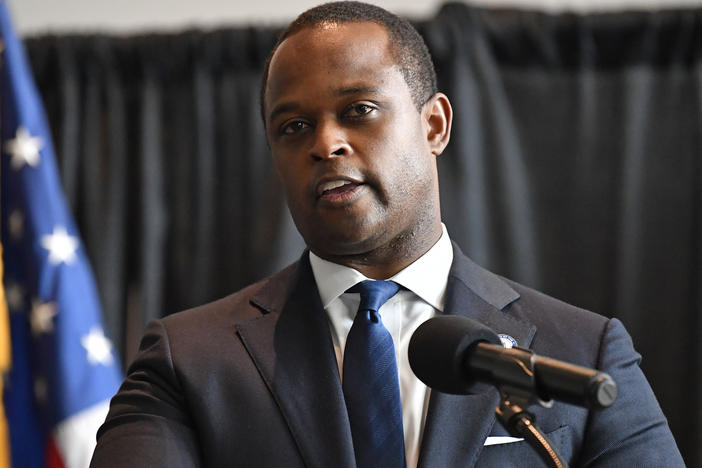 Taylor's family lawyers are calling for a special prosecutor to reopen the case. But Attorney General Daniel Cameron says, given its importance, he was best equipped to handle the investigation. 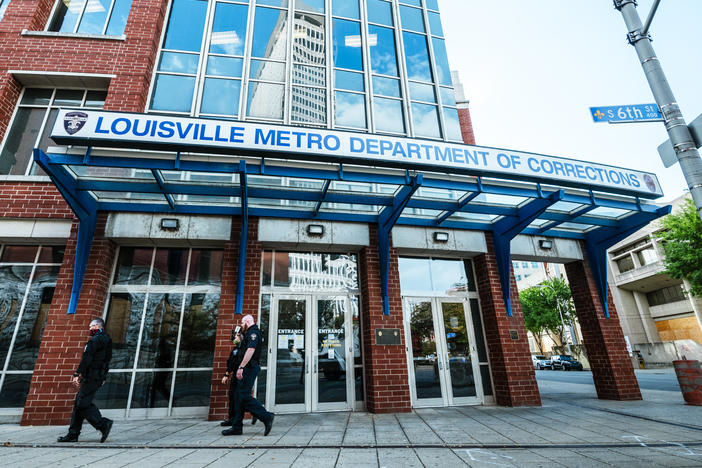 The recording could answer lingering questions about how prosecutors have handled a case that has fueled protests in Kentucky and across the nation.