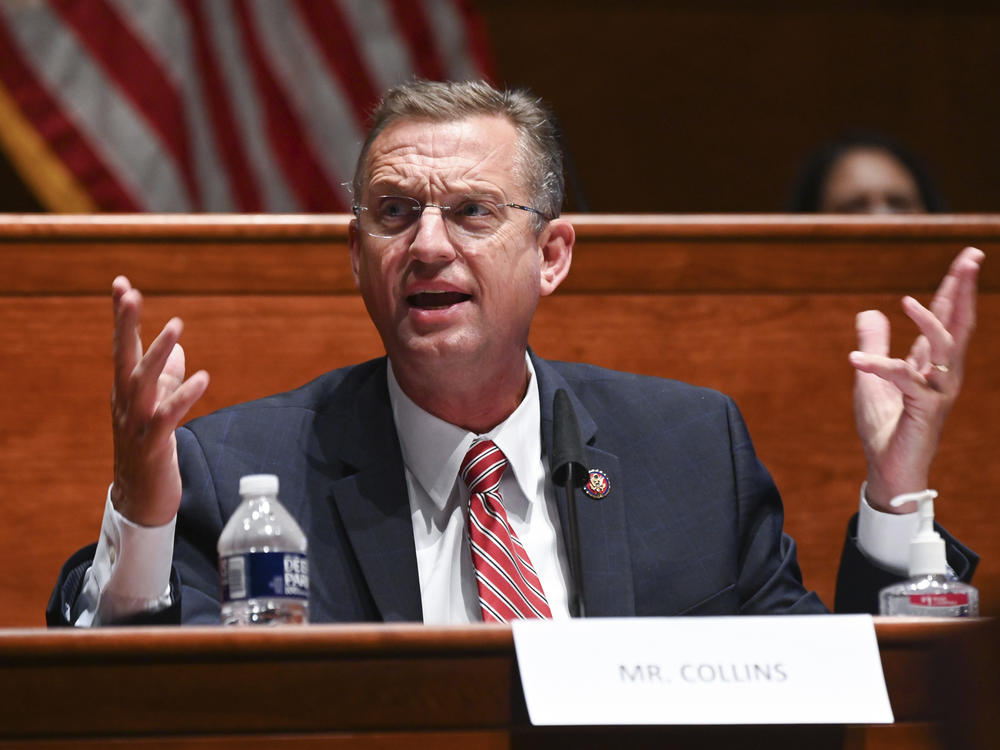 After weeks of railing against the Black district attorney leading the prosecution of the white police officers charged in the killing of Rayshard Brooks last month in Atlanta, a member of the Georgia congressional delegation is taking his criticism a step further – officially calling on the Justice Department to open an investigation.

Collins goes on to accuse Howard of being driven by "political pressure" when his office brought charges against the arresting Atlanta police officers involved in an altercation with Brooks, who was Black, before he was shot and killed on June 12.

Five days after the shooting, Howard's office charged Garrett Rolfe with felony murder and 10 other counts. Rolfe faces a possible sentence of life without parole if convicted.

The other officer, Devin Brosnan, was charged with aggravated assault and other lesser crimes.

Brosnan remains with the Atlanta Police Department, while Rolfe was fired shortly after the shooting.

"The timing of these charges – prior to completion of the investigation and prior to presentment before a grand jury – combined with other factors strongly suggests that DA Howard is allowing political pressure to influence his handling of the investigation," Collins wrote in his letter to the attorney general.

He added the district attorney "should be immediately removed from his position" if Howard does not believe grand juries should exist in cases where law enforcement officers are defendants.

"I ask that you engage any and all Department of Justice resources you consider appropriate to ensure that these officers are treated fairly under the law," Collins said.

Neither the Fulton County District Attorney's office or the Justice Department responded to NPR's request for comment.

As the Atlanta Journal-Constitution points out, Howard faces a runoff election next month for a seventh term as district attorney.

The letter from Collins, a fourth-term congressman and son of a former Georgia state trooper, appears to go further than his previous calls that Howard recuse himself in the case.

Collins is running for the U.S. Senate.

His note to the Justice Department comes a day after Sen. Kelly Loeffler, R-Ga., who was appointed to that seat in December and is running against Collins, herself wrote a letter.

Loeffler, told WNBA officials she was "adamantly opposed" of the league embracing a Black Lives Matter platform when the season tips off later this month.

The senator, who is also a co-owner of the WNBA franchise the Atlanta Dream, added she was "incredibly disappointed to read about efforts to insert a political platform into the league."

The league said the season is dedicated to social justice reforms and to highlight women like Breonna Taylor and others who the WNBA said are "the forgotten victims of police brutality and violence."

Taylor was shot and killed in her home by Louisville police executing a late night search warrant in March.

The WNBA and the players association announced this week that for the entire season players will wear warmup shirts with both "Black Lives Matter and "Say Her Name" displayed on it.

Loeffler suggested instead that the league should put an American flag on all player jerseys, as well as licensed apparel for coaches, players and fans.

"The WNBA is based on the principle of equal and fair treatment of all people and we, along with the teams and players, will continue to use our platforms to vigorously advocate for social justice," WNBA commissioner Cathy Englebert said in a statement.

Both Loeffler and Collins have done interviews on Fox News in recent days praising Georgia Gov. Brian Kemp for calling up the National Guard after a recent uptick in violence in the Atlanta area over the 4th of July weekend.

A third candidate is also running for the Senate in the fall.

Rev. Raphael Warnock, the pastor of the historic Ebenezer Baptist Church in Atlanta, the same church where funeral for Rayshard Brooks was held last month, is running as a Democrat.

Warnock delivered the eulogy at the funeral. 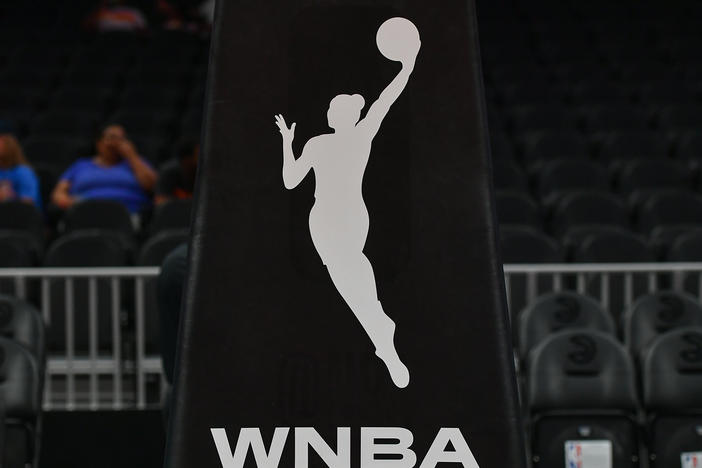 U.S. Sen. Kelly Loeffler, a co-owner of the Atlanta Dream, wrote a letter to the WNBA saying she was "incredibly disappointed" that the league would align itself with the Black Lives Matter movement. 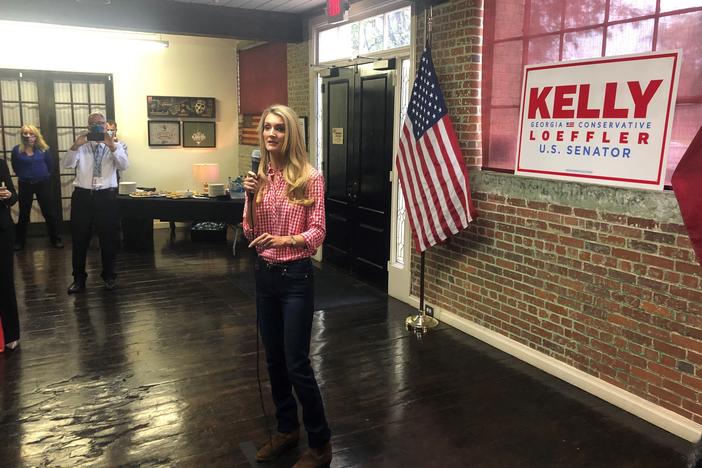 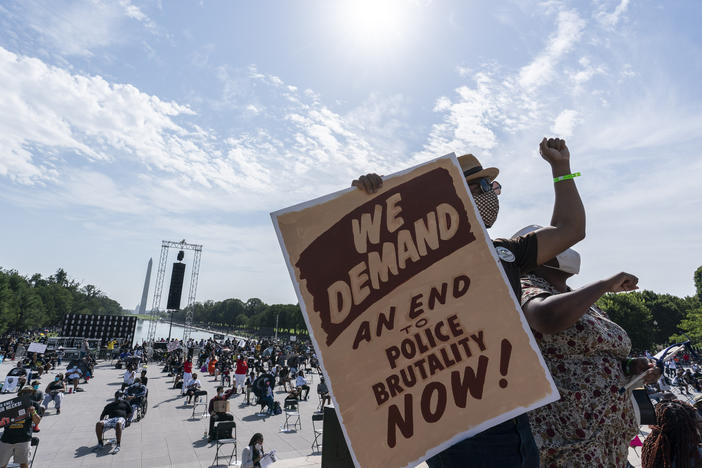 The "Get Your Knee Off Our Necks" march comes as frustration over police brutality and use of force have sparked national protests following the Memorial Day killing of George Floyd.