As Hurricane Evacuees In Texas Return Home, Experts Worry About Spread Of Coronavirus

After evacuating to cities like San Antonio, Dallas and Austin, coastal Texas residents are making their way back home in the aftermath of Hurricane Laura. Now there are worries that both evacuations and storm damage could potentially increase COVID-19 numbers in the state.

As of Friday, Houston had seen three straight days of fewer than 100 new COVID-19 hospitalizations, for the first time in two months. Daily new cases are on a rough downward trend. While the city isn't yet in the clear — the Texas Medical Center tracks three metrics to determine if the virus is under control, and not one of those benchmarks has been met — health officials say the spread of the virus in the region is slowing down.

But ahead of the storm, counties in the Greater Houston area closed COVID-19 testing sites. And those interruptions could last longer depending on any storm damage, which would then slow down efforts to control the virus, according to Dr. Stacey Rose, an assistant professor of infectious diseases at Baylor College of Medicine.

Despite precautions by officials to enforce social distancing among evacuees — housing people in hotel rooms instead of large arenas, and filling buses at half capacity — moving large groups of people during evacuation could lead to a spread. 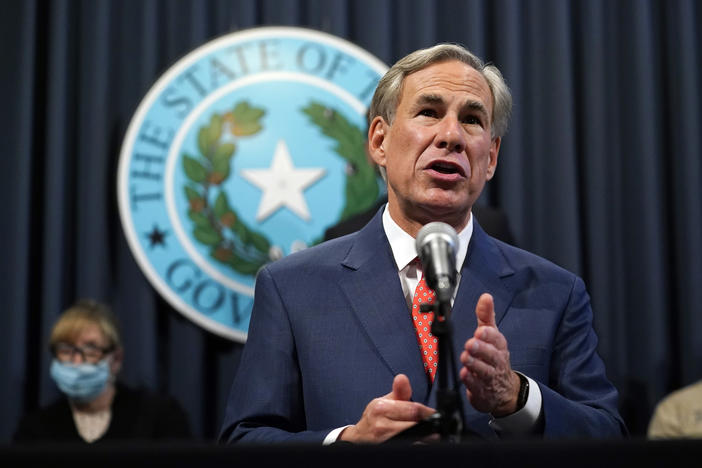 Governor Says Most Of Texas Can Loosen Limits On Businesses, But Bars Must Stay Shut

Gov. Greg Abbott is relaxing restrictions on hospitals, nursing homes and certain industries in much of the state, citing an improvement in COVID-19 metrics. 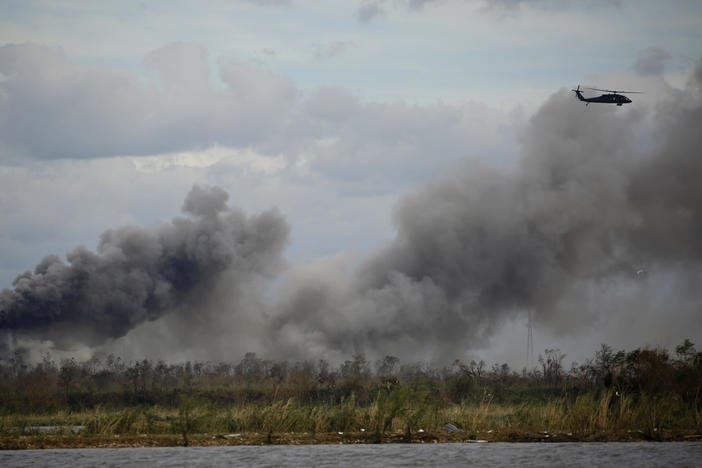 Smoke is rising over the city from a plant complex that makes chlorine for swimming pools, according to a state official. Residents are advised to shelter in place until further notice. 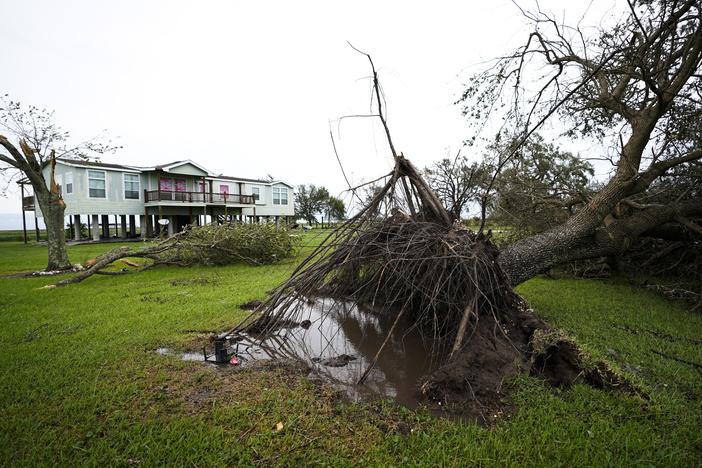 Gov. Greg Abbott said Thursday the impact of Hurricane Laura "could've been much worse," noting that storm surge was much less severe than projected.