Oxfam says the rich got richer in the pandemic, and the wealth gap is killing the poor 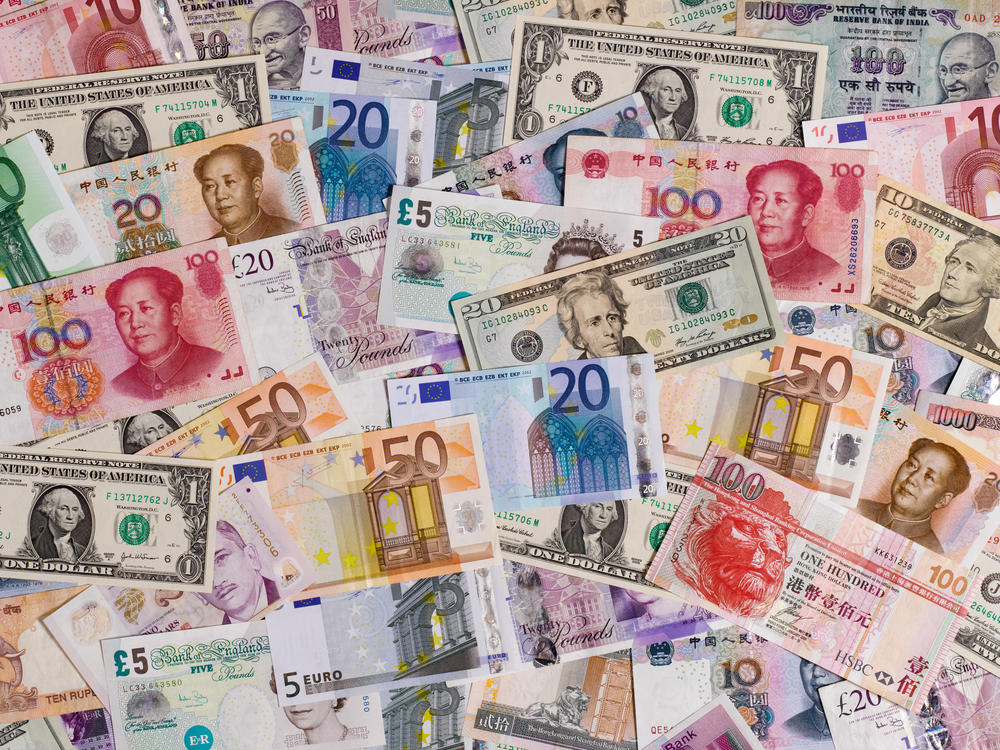 The richest people in the world got even richer during the pandemic and more people fell into poverty, says an Oxfam report. The charity claims that this growing economic gap leads to "economic violence."

Billionaires have had a great pandemic.

Those are two of the key points in a new report, called "Inequality Kills," from Oxfam, a charitable organization based in the U.K. that seeks to wipe out poverty.

But there's another assertion in this report.

The wider-than-ever inequality gap is not just unfair, the authors of the report say. They believe that this growing economic divide is leading to death – from starvation, from lack of health care, from climate disasters, from gender-based violence exacerbated by financial pressures.

To describe these consequences, they use the term "economic violence," a term used in academic circles to describe the harm caused by, for example, taking away someone's income or damaging their property.

"What we're saying is if the world was more equal, at least 21,000 fewer people could be dying each day," says Irit Tamir, director of Oxfam America's Private Sector Department. Because in an equal world, Oxfam says, the rich wouldn't be able to get quite so rich and governments would have more funds to stop "economic violence."

That sounds like a controversial assertion. (Elon Musk, the world's richest man, doesn't seem to agree, based on a recent interview. We'll have more on his perspective later.)

Here's why Oxfam is making the claim about inequality – and what other analysts have to say about it.

To understand Oxfam's thesis, you first have to look at the data on wealth and poverty, which Oxfam gathered from public sources like the Forbes Billionaires List and the World Bank.

During the pandemic, billionaires experienced the "biggest surge" in wealth since public records began tracking it, according to the report. The world's 10 richest men saw their wealth double from $700 billion to $1.5 trillion. Elon Musk alone saw a more than 1,000% increase in his wealth based on Forbes' estimates, from $26 billion pre-pandemic to $294 billion in November 2021.

Why did that happen? According to the report, when governments injected trillions of dollars into their economies to prevent a global recession, it sparked a stock market boom (in spite of the recent downs there have been plenty of ups). And further, says Francisco Ferreira, a professor of inequality studies at The London School of Economics, other assets of the wealthy, like their homes, also saw a boom in value.

Ironically, says Ferreira, many of the critics of billionaire wealth were supportive of bank policies, like zero interest rates, to encourage borrowing and spending. They thought these moves would increase credit to farms, for example, and thus, curb unemployment. Whether that has actually happened remains to be seen, he says.

Meanwhile, Oxfam determined, based on World Bank data, that 99% of the world lost income and more than 160 million people were pushed into poverty during the pandemic. These personal losses were often due to lockdowns that prevented daily wage earners and those in informal jobs from working, factory shutdowns and layoffs in sectors heavily impacted by physical distancing and travel restrictions, like tourism.

Although many governments rolled out social protections, like stimulus checks and short-term jobs, Ferreira says that in some cases government assistance to corporations greatly outweighed what it gave to workers. And some of that money to corporations "did not actually help create or keep any jobs but just contributed to profits," he says.

Then again, that was to be expected, say some researchers.

Dr. Muhammad Zaman, a professor of biomedical engineering and international health at Boston University, says the findings in the report are "troubling but unfortunately, not surprising."

"Some people have been saying that the pandemic is a great equalizer – that everybody feels it the same way, but that's just not true," says Zaman. "That's never true in infectious diseases."

Are billionaires to blame?

It's not quite that simple, suggests Ferreira. "I think [economic violence] exists. Billionaires may be to blame for some of that, but they're not alone," he says. For instance, "a lot of voters in rich countries support the absence of climate policies. So yes, blame the billionaires, but not alone."

Zaman would hesitate to say that people are being killed directly by billionaire wealth. But the Oxfam report does point to a tragically broken system, he says.

"There's a failure on the part of the system that allows some people to get obscenely rich, while others do not have the basic commodities to survive from one day to the next," he says. "Lacking two meals a day leads to disease and malnutrition, but someone else is able to double their wealth and get away with paying absolutely no or very little taxes. That is, I think, extremely morally objectionable."

The pandemic offers concrete examples of how this inequality plays out, says Oxfam. The world has the ability to manufacture enough vaccines for everyone, says Tamir — but one reason that's not happening is that certain pharmaceutical companies aren't sharing their vaccine recipe to maintain their monopoly and profits.

The first step to solving this problem, according to the report, is to "claw back extreme wealth" through taxes.

Ferreira agrees: "I think it's certainly appropriate that we should focus on how extremely rich people are able to navigate loopholes and tax designs so that they end up paying very little taxes."

"Most of us can say that, while the world has gone through an immense amount of suffering in the last two years, we have actually seen our wealth rise during the pandemic – yet few if any of us can honestly say that we pay our fair share in taxes," a group of 102 ultra-wealthy individuals, including Disney heiress Abigail Disney, said in an open letter on January 19 to the Davos attendees at the virtual version held this year.

"Tax us, the rich, and tax us now," the signatories, who call themselves "Patriotic Millionaires," demanded.

According to the report, a one-time tax of 99% on the newly accrued pandemic wealth of just the 10 richest men would raise $812 billion – enough to make vaccines for the whole world and help 80 countries fund universal health care and other social-safety-net programs, gender-based violence interventions and climate measures. Such a tax would still leave the group $8 billion richer as a whole than they were before the pandemic, and every one of them would still be a billionaire, says Oxfam.

Not every billionaire agrees. In a December 2021 interview with Time, Musk expressed doubt in the government's ability to actually use money from a wealth tax wisely "for the good of the people."

"You want those who are managing capital to be good stewards of capital. And I think the government is inherently not a good steward of capital," Musk told Time.

He also said that people shouldn't be upset with the ultra-rich as long as they're doing something helpful for humanity. What he thinks should upset people is if billionaires are spending excessively on luxuries for themselves.

"In terms of things I think people should perhaps get upset about ... I think ... excess consumption is a thing to get upset about, you know, somebody just wasting money on personal luxuries in a crazy way," Musk told TIME.

Ferreira also notes that "fighting inequality isn't about reducing the egregious income and wealth at top for its own sake." Instead, he says we should fight inequality for two reasons: to generate resources to help people at the bottom of society and to make sure that governments don't become controlled by a small group of elites who hold all the resources.

"When elites become too rich and too powerful, they dictate the way governments work," says Ferreira.

But Tamir says that billionaires should know that the inequality they're benefitting from now is not good for anybody in the long term — including them.

"When you have discontent among the masses, and the masses feel that a privileged class is getting away with different rules and benefits than the rest of society, it creates social unrest," says Tamir. "It's why Marie Antoinette ended up at the guillotine."

Joanne Lu is a freelance journalist who covers global poverty and inequity. Her work has appeared in The Guardian and on Humanosphere, Global Washington and War Is Boring. Follow her on Twitter: @joannelu. 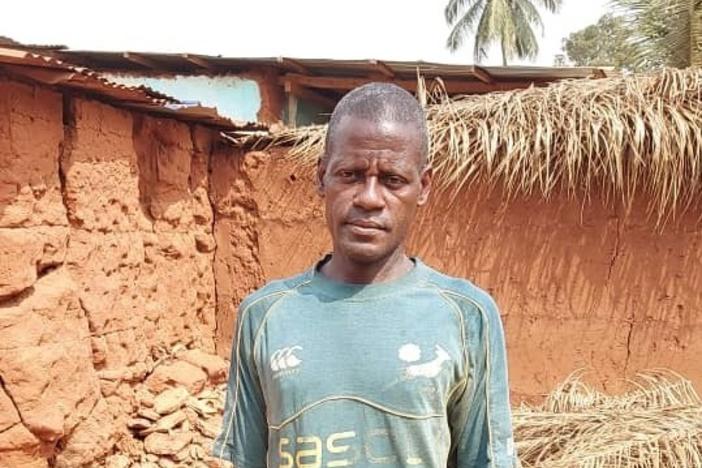 The Pandemic Pushed This Farmer Into Deep Poverty. Then Something Amazing Happened

Togo wanted to distribute millions of dollars to its citizens in dire straits. There was just one daunting problem: How could it identify the neediest of the needy? 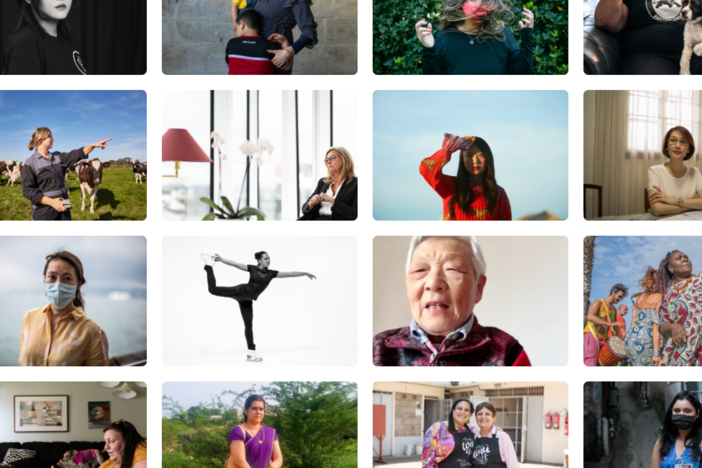 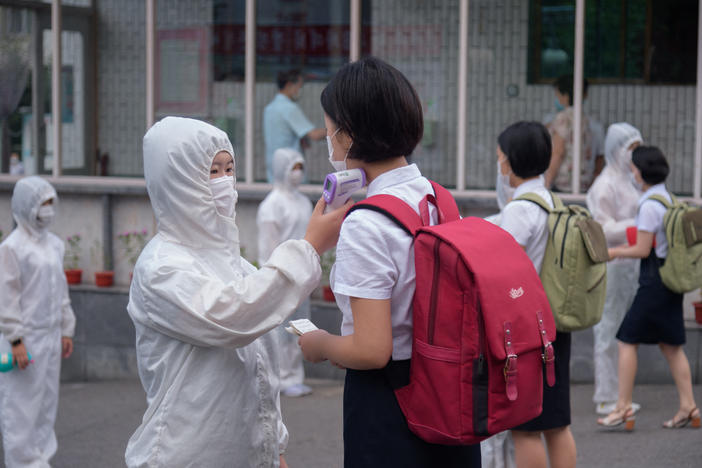 North Korea says its COVID outbreak is now under control. But is it?

After saying there were no cases, officials on May 12 announced an outbreak. But without an adequate supply of tests, some say North Korea is "flying blind." And it still doesn't have vaccines.