Researchers have identified a category of people who generate an exceptionally strong immune response to vaccines. Some scientists are calling it superhuman immunity. Here's NPR's Michaeleen Doucleff.

MICHAELEEN DOUCLEFF, BYLINE: For the past year and a half, Theodora Hatziioannou has been pushing the limits of what's possible in immunology.

THEODORA HATZIIOANNOU: No other virus has been studied to this extent. And no immune responses to a single virus have been studied in such detail in real time.

DOUCLEFF: Hatziioannou is a virologist at Rockefeller University. She's been following with excruciating detail how the immune system learns to protect a person from COVID - specifically, what happens to individual antibodies in people's blood after exposure.

HATZIIOANNOU: It's extremely laborious work, and it's extremely difficult to do. You can't do it with a lot of patients.

DOUCLEFF: But earlier this year, Hatziioannou started to notice something quite remarkable - some people mount this exceptionally potent response to mRNA vaccines.

HATZIIOANNOU: Those people have amazing responses.

DOUCLEFF: She says they generate high levels of antibodies. But that's not what's key here. Instead, it's about the type of antibodies. They're more powerful, more flexible, more diverse. They not only recognize and kill the original version of SARS-coV-2, but also all the variants they tested, including delta. And the antibodies don't stop there. They can also kill other SARS-like like viruses, ones found in bats and penguins.

HATZIIOANNOU: These people even neutralize SARS-coV, the first coronavirus that came 20 years ago, which is very, very different.

DOUCLEFF: Hatziioannou and her colleagues published these findings in the journals Nature and Immunity. So just who is capable of mounting this so-called superhuman immune response?

PAUL BIENIASZ: Individuals who were infected early in the pandemic and then sort of between six and 12 months later, they were then vaccinated.

DOUCLEFF: That's Paul Bieniasz. He's also at Rockefeller University and helped to lead these studies. He's talking about people who got sick last year and then received a Pfizer or Moderna vaccine this year. Bieniasz says that the natural infection is critical to this immunity because the virus may stick around in the body long after exposure.

BIENIASZ: While SARS-coV-2 infection itself is thought to be quite short-lived, it is likely that some viral proteins and possibly even some infected cells persist, perhaps even for months.

DOUCLEFF: This may give the immune system extra time to optimize and diversify its antibodies, so the antibodies can recognize all sorts of variants. Then upon vaccination, these antibodies get boosted to a high level.

BIENIASZ: One could reasonably predict that these individuals would be quite well-protected against most and perhaps all of the SARS-coV-2 variants that we are likely to see in the foreseeable future.

DOUCLEFF: On the surface, this seems to suggest some bad news - that you need to catch COVID to have this super immunity. But John Wherry at the University of Pennsylvania says that's probably not the case.

JOHN WHERRY: We see some of it happening just in vaccinated individuals.

DOUCLEFF: His lab research shows that months after the vaccine - just the vaccine - a person's antibodies begin to become more powerful, more flexible.

WHERRY: So the same antibody can actually detect and presumably neutralize the alpha variant, the beta variant and very likely the delta variant as well.

DOUCLEFF: But not all variants and not at the superb level they're seeing in people with prior natural infections. So the hope is that a third dose of the vaccine will boost these diversified antibodies and give even people who were never naturally exposed some of this exceptional protection against variants. And the superhuman immunity may then become super common. 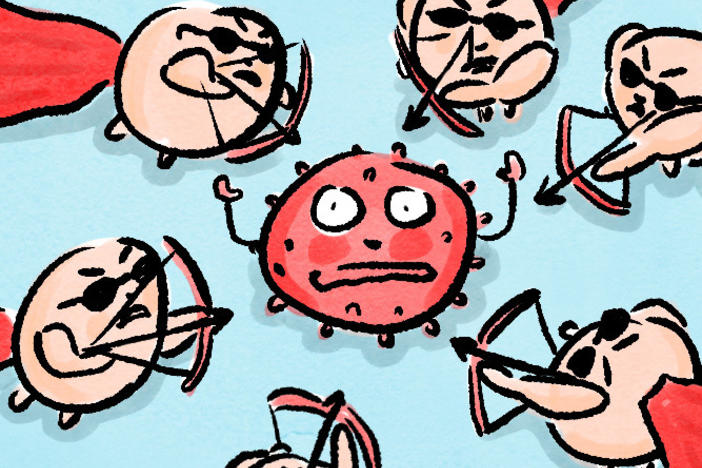 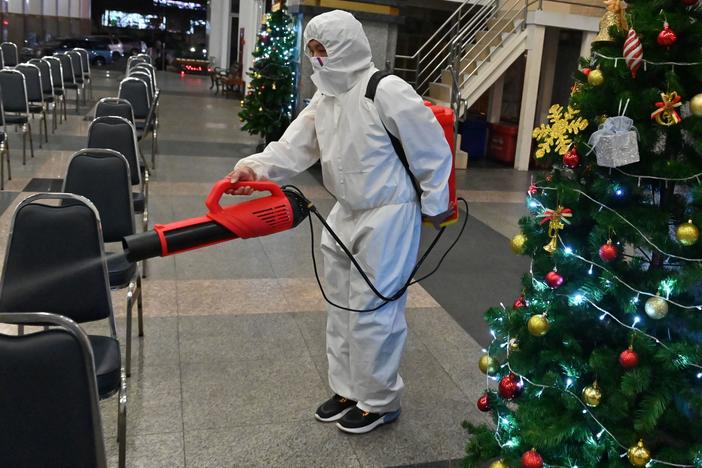 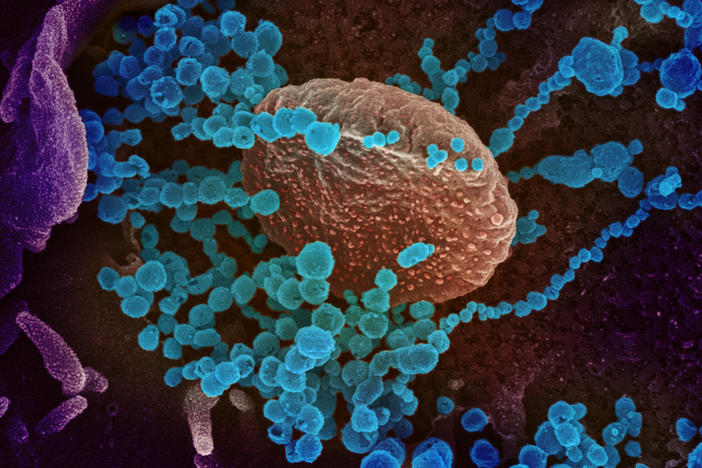 A tantalizing clue to why omicron is spreading so quickly

A new study from the University of Hong Kong offers preliminary information that could explain why this new coronavirus variant may be more transmissible.