'Why Is A Red Stain A Disaster?' Tips On Fighting Period Stigma (Plus A Zine!) 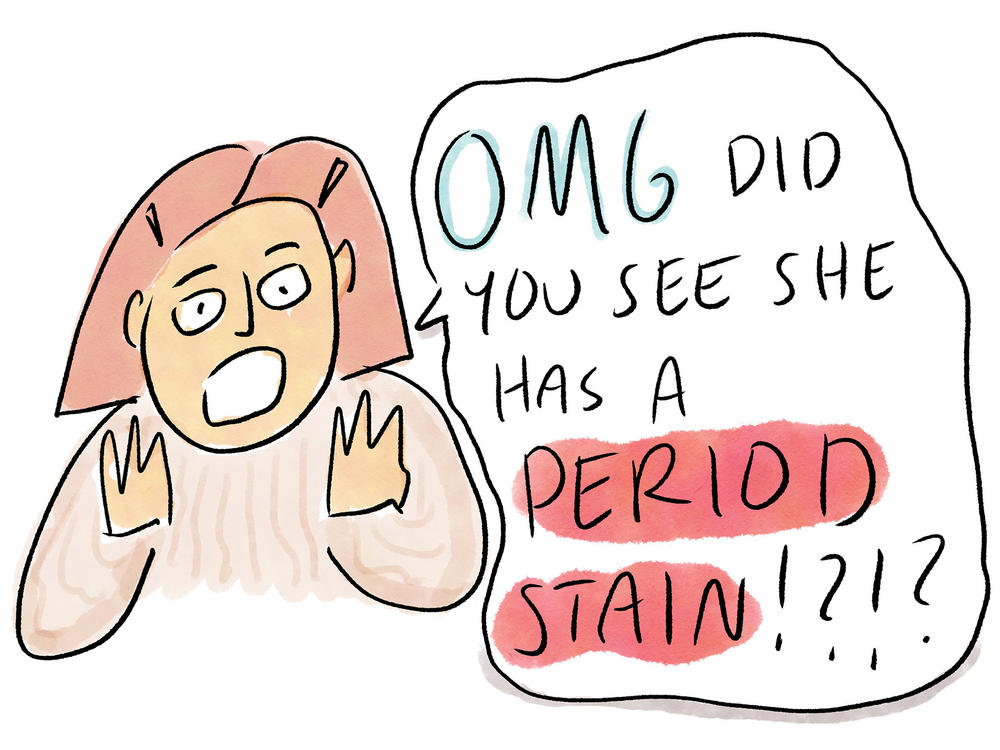 It's been a couple of years, but I can't get this viral tweet out of my mind. It was from 2019, and it asked: "Women, what is the dumbest thing a man ever said to you about ... menstruation, etc.?"

I remember laughing so hard at the thousands of replies:

"My husband thought I had to take a tampon out to pee."

"Someone I was dating asked me if I could reschedule my period so it didn't coincide with his birthday."

And I remember feeling angry, too.

"A dude in college [told] me only nasty women have accidents [stains] on their period."

Inga Winkler, co-editor of the Handbook on Critical Menstruation Studies, published in July 2020, would very much like for people to know — in case these views on Twitter didn't bring the point home — that stigma around menstruation (and general lack of knowledge about periods) still exist today in many parts of the world. But there are some things we can all do to help eliminate it.

It's important we do that, she says, because stigma can be dangerous for menstruators. If people feel uncomfortable about their period, a normal bodily process, they might be uncomfortable learning about it or talking about it. And they may not have enough information to know, for example, whether a period may require medical attention.

Winkler is a lecturer at the Institute for the Study of Human Rights at Columbia University. She's currently researching menstruation policies in India, Kenya, Senegal and the U.S. In conversation with NPR, she discusses the problem with "free pad" programs, religious views on menstruation and why you might not need to wrap your used pads in many layers of toilet paper "like mummies."

This interview has been edited for clarity and length.

In the past few years there seems to have been a shift in the way that people talk about periods in the mainstream. In fact, in 2015 I wrote a story called "Why 2015 Was The Year Of The Period." What progress have we made since then, what challenges remain?

The point where we are at is that we've turned menstruation from a non-issue into something that we actually talk about.

What I don't think we have done is actually tackle menstrual stigma. I don't think stigma can be as easily addressed. Breaking the silence is certainly that first step, but we need to go beyond that.

There are some risks about how we working in this space have been approaching the issue. There's definitely this run toward quick fixes.

And what are those quick fixes? 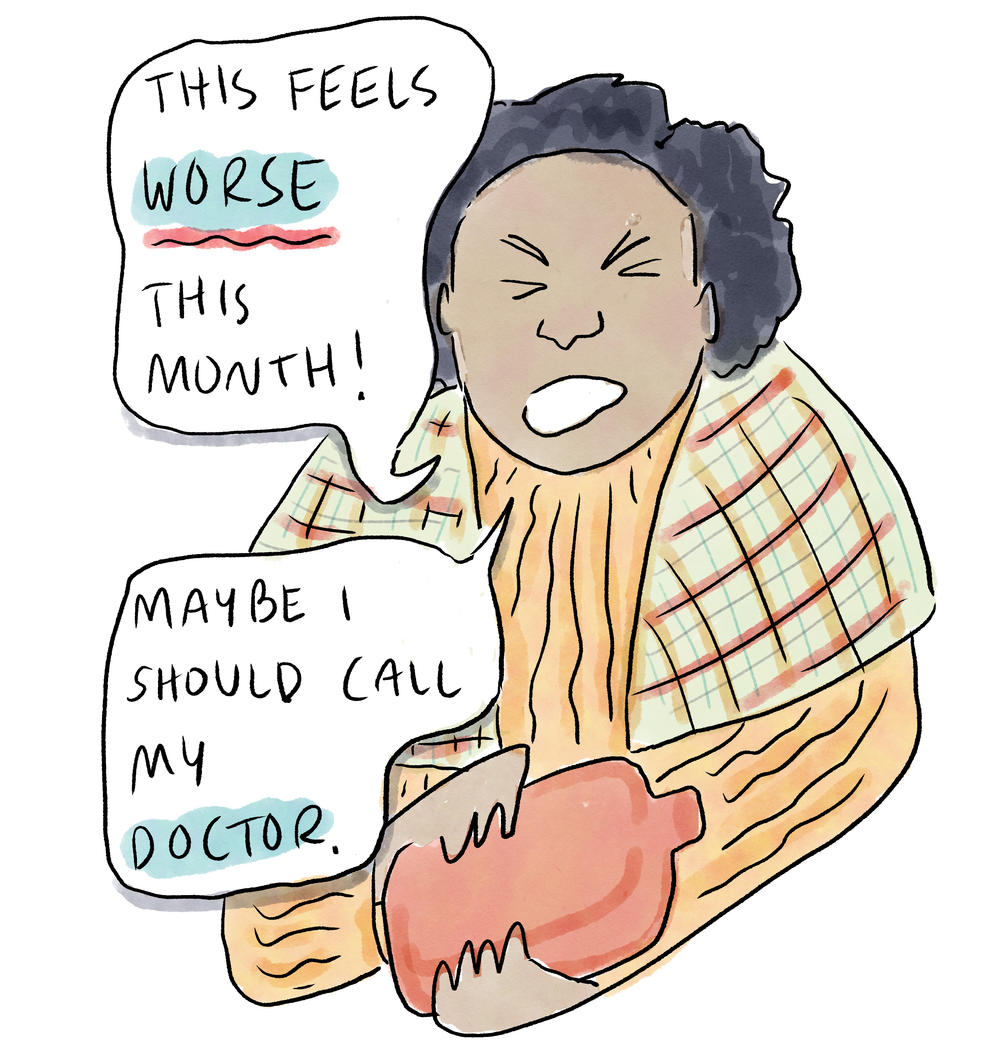 In countries around the world, there's a huge run to provide menstrual products, in particular menstrual pads, to girls in schools. I'm not saying that's wrong — I'm just saying that doesn't really tackle the more complex societal problem of stigma. It's almost to the contrary. Pads just give you an instrument to make sure that you don't stain your clothes — because that would be a disaster.

But the challenge is why. Why is a little red stain such a disaster? We don't tackle the embarrassment, the shame that menstruators experience. We don't ask ourselves: Well, is it really a problem if we were to show that we are menstruating and someone notices?

Why is it so important to fight stigma?

Being in tune with your body and knowing what's normal for you gives you the power to also recognize what isn't normal. Understanding your menstrual flow and your pain — those can be really important signs to let you understand when to seek medical attention, when to engage with medical providers.

And then sadly, knowing when you need to self-advocate to be taken seriously about the changes in your body [with health practitioners]. There's too little attention to women's health overall [in the medical community], in relation to menstrual health conditions. And that's only slowly changing.

Why would menstruators need to advocate for themselves with medical workers?

Many medical providers are not equipped to properly diagnose [menstrual issues such as] endometriosis [a painful disorder often associated with periods] and properly treat it. In interviews with Kenyan advocates working in menstrual health, for example, they say that there is only one paragraph that actually deals with endometriosis in the country's medical textbooks. So doctors in Kenya don't have the training to deal with it.

How do we fight menstrual stigma? What do researchers in the academic community know about what works?

Education around menstruation needs to start early, needs to be age-appropriate so that menstruation actually becomes normal. So start talking to your children early. Let them see what's what's going on.

You have a son who's 9. How do you handle the topic with him? What are some examples of what parents can do? 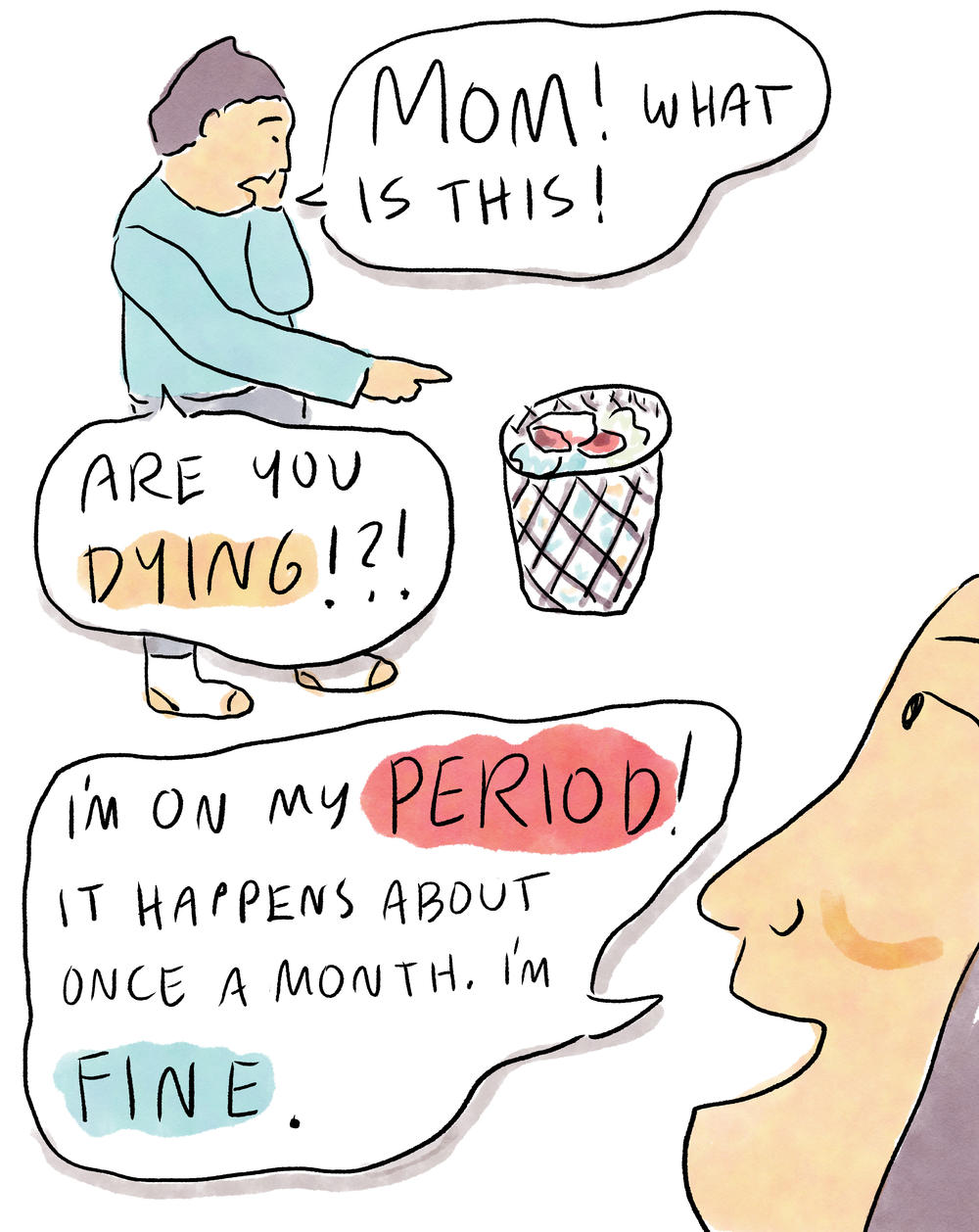 You're a big believer in talking about the pain of menstrual cramps. Why is that? What would that help do?

Talking about pain has this potential of getting us out of the notion of trying to defend it. If we talk a lot more about cramps, it would make us realize what is normal and when we should seek medical attention. People at the workplace, in your family, in your social circle would see it as part of the menstrual experience. And [medical practitioners] would be [more accustomed to hearing about cramps], making it easier for them to diagnose menstrual disorders and treat them.

And what about for menstruators themselves? What kinds of activities can they do to help fight their own stigma?

I don't want to be advocating for this idea of "period power," this feeling of "everything you can do, I can do bleeding." It's OK if you want to celebrate it, but I mean, periods can bring immense pain. We just need to get to the point of normalizing them and making it part of what we consider important in society.

You have a chapter in your new book rounding up attitudes around the period in different religions and cultures. We often hear about some of the negative ones — in some places, menstruating girls and women have to sleep outside, for example, because they are seen as unclean. Are there any cultures that see menstruation as a positive thing?

There's a study that I'm working on at the moment with a grad student who is Trinidadian American. She interviewed women in Hindu temple communities in Trinidad who engage in menstrual practices that relate to their religious practices: abstaining from certain religious rituals, not going to the temple during their period, not giving certain offerings to the gods. And they were saying that doing these things was really, really important to them. It was a window to their ancestors, what grounds them in their community. They said very explicitly that they don't just do that because someone else tells them. It's part of who they are and what they value. 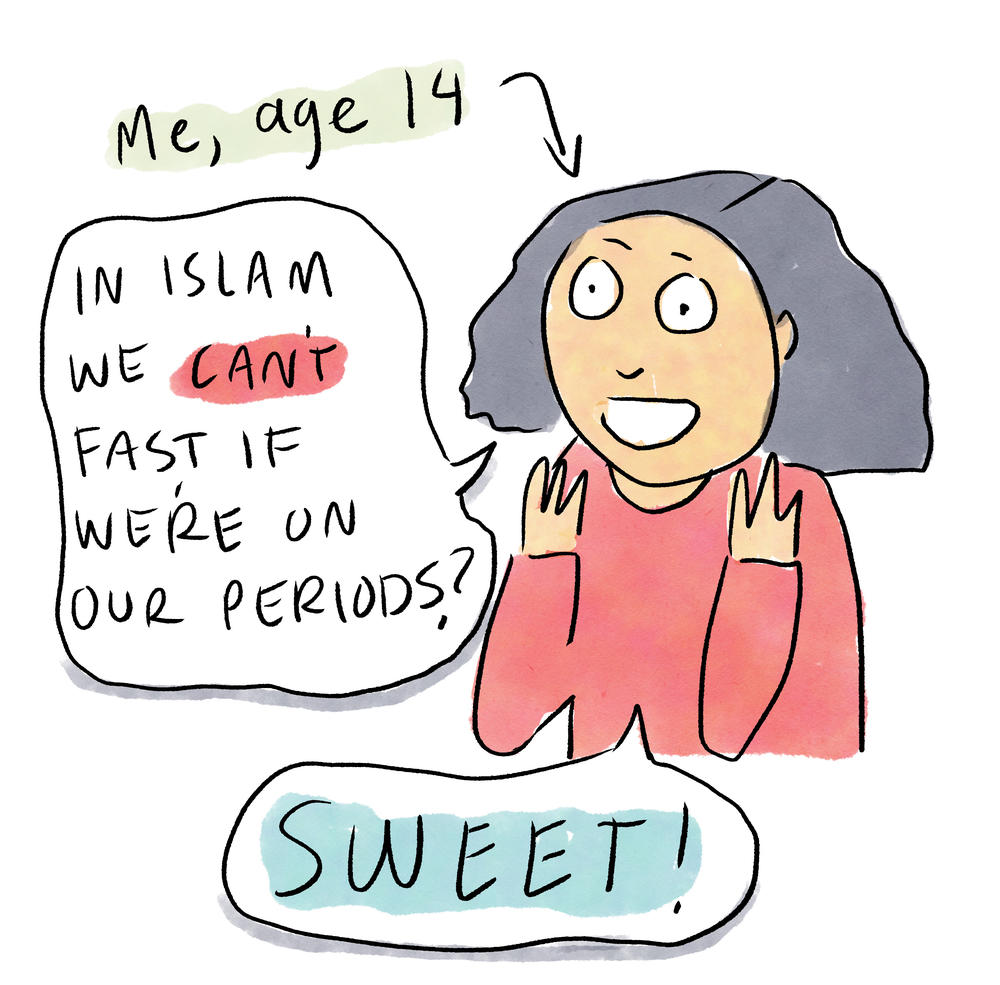 I found those accounts powerful. Just listening to their voices and how they think about menstruation — it's intriguing.

It's part of this idea of body autonomy for menstruators: Make your own choices about your body, what activities you want to engage in during menstruation, whether you want to take part in any religious rituals or cultural activities.

I want to challenge this notion of blaming culture and religion for menstrual oppression. It's not Hinduism or Islam or whatever religion that's turned menstruation into something negative. It's about what's been ascribed to it over the centuries. 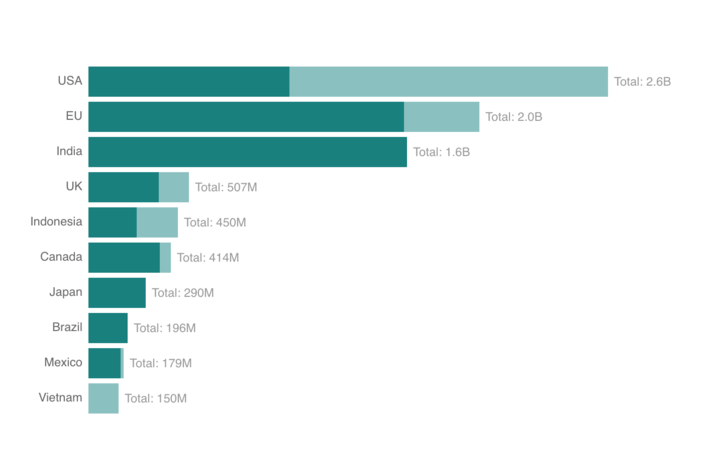 How Rich Countries Are 'Hoarding' The World's Vaccines, In Charts 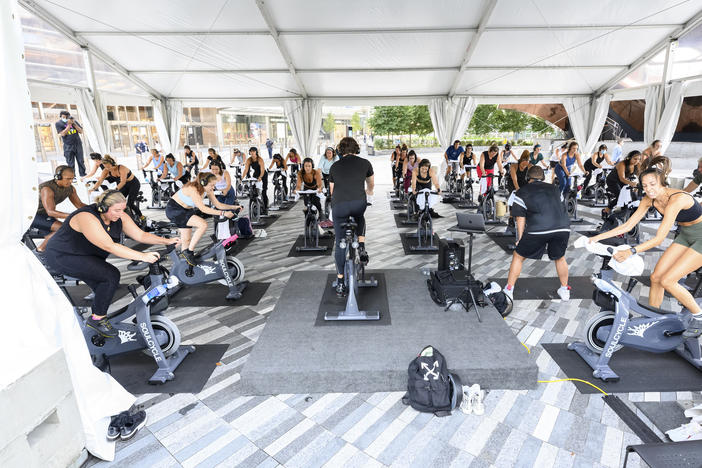 Coronavirus FAQ: How Safe Is It To Work Out In A Gym Or Play Indoor Sports?

And what about those outdoor tents that gyms and spin studios are setting up? Is it safe to exercise in there, too? 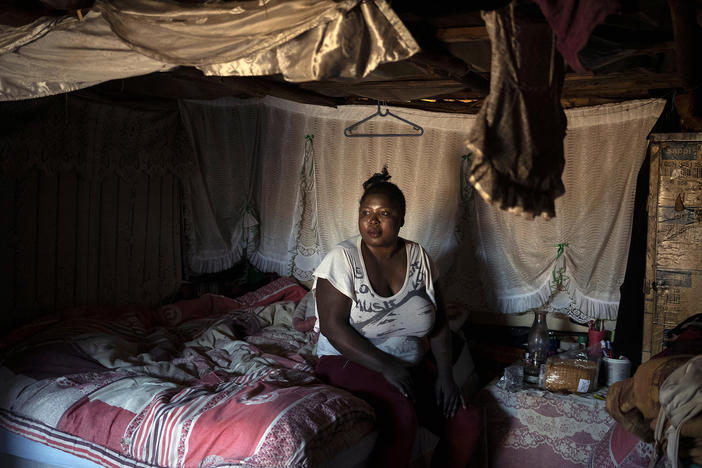 A single injection of a drug called cabotegravir given every two months has been shown to be more effective than a daily oral dose of Truvada.